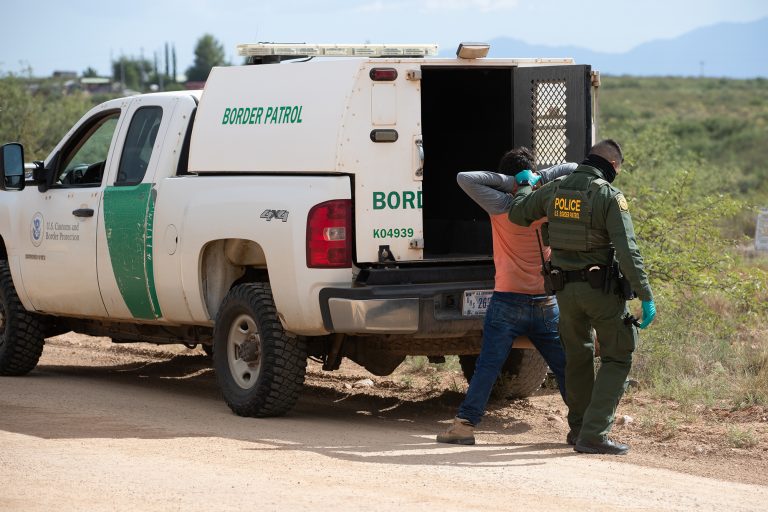 The number of migrants stopped at the Southwest border continued to surge last month, to the highest level for June in at least 20 years, but officials caution that those numbers could have been inflated by repeat attempts by the same people.

Customs and Border Protection reported 188,829 “encounters” at the border for June, a 5% increase from May at a time when extreme summer heat typically drives border-crossing attempts down.

The agency has recorded more than 1.1 million encounters at the southern border through the first nine months of fiscal 2021, already more than any complete fiscal year since at least 2005.

Critics chalked the increase up to another failing of the Biden administration. But advocates and CBP itself said the numbers, while concerning, may be misleading.

Bolter said repeat crossings have been on the rise since the imposition of a public health order, under Title 42, that let border agents immediately turn back migrants in an effort to stem the spread of COVID-19 pandemic. That policy, which was started by former President Donald Trump, has been continued by President Joe Biden.

CBP echoed that in a prepared statement on the June numbers. It said 34% of June’s border encounters were with individuals who had been stopped at least once before in the past year, compared to an average rate of 14% from fiscal 2014 to 2019.

“The large number of expulsions during the pandemic has contributed to a larger-than-usual number of migrants making multiple border crossing attempts, which means that total encounters somewhat overstate the number of unique individuals arriving at the border,” the agency’s statement said.

It claimed that the 1.1 million encounters reported so far for fiscal 2021 really represented just 454,944, unique individuals – slightly less than the 489,760 individuals who had been stopped at the same point in fiscal 2019, the last year numbers spiked at the border.

But to Biden administration critics, the numbers speak for themselves.

“I can tell you from personal experience that what is happening at the southern border is unconscionable,” said Rep. Paul Gosar, R-Prescott, who said he joined volunteers and local officials in Pinal County last week to clean up trash left behind by border crossers.

“In June, nearly 190,000 illegal aliens were apprehended crossing the southern border,” Gosar said in a prepared statement. “Illegal border crossings have increased every single month of the Biden administration.”

While that is true, the rise in border encounters actually began in April 2020, almost 10 months before Trump left office.

Whatever the reason, advocates said the increasing number of crossing attempts comes at a dangerous time, as record-breaking heat and drought grip the region. Bolter said that there is usually “a decrease in the migrant flow at the border during the summer months when the heat is really dangerous,” but CBP data shows that has not happened this year.

Vicki Gaubeca, director of the Southern Border Communities Coalition, said that comes back, in part, to Title 42 encounters.

“Individuals are immediately expelled so they turn around and try to come back, and they’re taking more dangerous routes, so we’re also seeing an increased number of remains being found in the desert in Arizona,” Gaubeca said.

Humane Borders and the Pima County Medical Examiner’s Office, which track migrant deaths in the desert, said they had recovered the remains of 127 people through the first six months of this year. That was well ahead of the 96 reported through June of last year, when a record 226 deaths were recorded.

In its statement on the June numbers, CBP said it “does everything it can to locate and rescue individuals who are lost or distressed.”

“The bottom line is this: the terrain along the border is extreme, the summer heat is severe, and the miles of desert migrants must hike after crossing the border in many areas are unforgiving,” said Acting CBP Commissioner Troy Miller in the statement.

Gaubeca said the reported number of border encounters will rise in the coming months if CBP continues to “triple and quadruple count individuals.”

Bolter said it is hard to predict what will happen, noting that the traditional migration patterns have been thrown off by “this increase in June.”

“If we’re going by history, we might be likely to see a decrease,” she said. “But if there continues to be, kind of, this sense that this is the moment to try to enter the U.S., then we may continue to see an increase.”

PrevPreviousOpinion: A Proposed Law Would Break the Internet
Next12 Ground Covers That Provide Year-Round ColorNext