For some craft beer drinkers, less can mean more 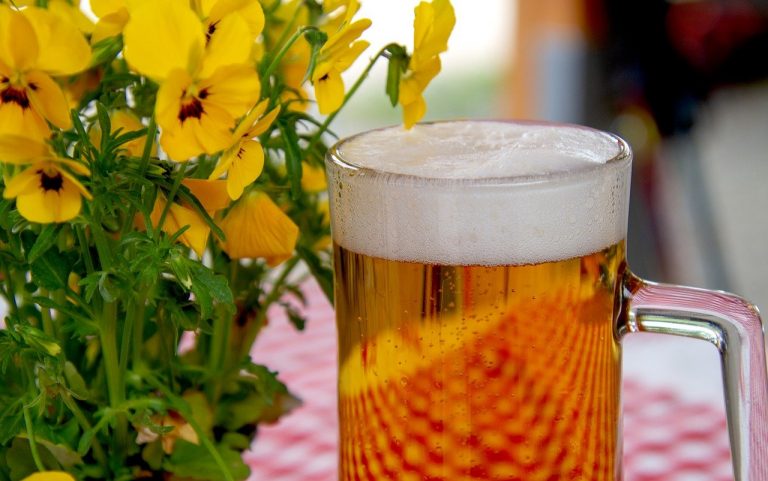 My prepandemic summers were always packed with travel – trips to Europe for work and play, and, most recently, a road trip across the American West. At the end of a sweltering day of activities, I’d routinely wind down with some social drinking.

In recent years, though, I started to notice a shift. Beer lists had grown to include more and more low-alcohol options.

Whether I was in Braunschweig, Germany, a suburb of Salt Lake City, or at home in Central Texas, I found myself no longer forced to choose between the likes of Stella Artois or Miller Lite if I wanted something that wouldn’t put me under the table. Now I could expect to find a bevy of local or national options with an alcohol by volume, or ABV, in the 4% to 5% range – below the 5.9% average of a craft beer and well below the 7% India pale ales that had been flooding the market.

I even started seeing more nonalcoholic beers like Heineken 0.0, which was first released in Europe in 2017 and then in the U.S. in 2019.

It seemed to me that low- and no-alcohol beers were becoming much more popular, but I wasn’t sure. So like a good scholar, I decided to look to the data to find an answer.

In a recent study I conducted with my colleagues at Texas State University, we looked at industry literature and social media mentions, popular media articles and changes to alcohol regulations. We found that there is, in fact, a growing interest in consuming – and improved technology for producing – beer with less alcohol.

The rise of big ‘small’ beer

Beer has a complicated history in the U.S. Prior to the industry consolation that is the contemporary norm, small, local breweries dotted the country. Prohibition devastated the industry, but, when it was repealed in 1933, there was a period of rebirth.

Although brewing and the consumption of alcohol did not completely stop during Prohibition, overall consumption was drastically reduced. Any drinking that did take place was driven behind closed doors.

However, the repeal of Prohibition returned alcoholic beverages to the public arena. As alcohol restrictions and regulations were loosened or removed altogether, the volume of production rose rapidly.

Over the course of the 20th century, technological innovations – ranging from improvements to the pasteurization process, to better transportation infrastructure, to advancements in packaging engineering – allowed breweries to scale up their operations.

It was during this period that American brewers like Budweiser uncovered an untapped market for light-colored, low-ABV beer.

To this day, the U.S. is known for its bland macro brews: Budweiser, Miller and Coors. But despite that long history – or perhaps because of it – the country’s craft beer industry has exploded over the past couple of decades.

What brewers have dubbed the “craft beer revolution” is characterized by its sophistication and specialization; craft brewers have traditionally produced a dizzying array of brands and styles, moving the market toward “bigger” – meaning bolder, stronger – brews.

While among most beer aficionados, heavy, high-alcohol beer is still popular, demand for lower-alcohol or nonalcoholic options is rising.

The Brewers Association highlights a shift toward “mindful drinking,” indicating that consumers are increasingly keeping an eye on the carbohydrate, gluten or alcohol content of their drink of choice. In fact, two-thirds of drinkers say they take into account one or more of these attributes when drinking.

Meanwhile, more Americans are “sober curious,” insofar as they are willing to take a short break from drinking or choose to abstain from alcohol altogether. These individual choices are part of an overarching social shift making, as NPR put it, “teetotaling trendy.”

There’s long been the cultural belief that only people recovering from alcoholism drink nonalcoholic beer. In our study, though, we found that people were increasingly drawn to nonalcoholic beers for a number of reasons.

Someone may be allergic or intolerant to alcohol, taking a medicine that contraindicates alcohol consumption, or have religious or personal preferences that tend toward abstention. Others want to retain the ability to be responsive or responsible for later activities, like serving as a designated driver, operating heavy machinery or being “on-call” for work.

Low-alcohol beer in the U.S. long has suffered from an image problem – namely, the perception that low- and no-alcohol brews taste bad. (And, let’s be honest, many do.)

That’s because the brewing process can be especially complicated for low- or no-alcohol ferments, which has made it difficult to brew high-quality, low-alcohol beer that tastes good. Some even say that Budweiser isn’t given nearly enough credit for brewing a consistent, relatively palatable, low-alcohol product at such a big scale.

But in recent years, several studies have been dedicated to improving the production protocols and flavor of low-alcohol beer. Although brewing is an ancient art, it has also shown impressive adaptability as times and technology have changed.

The state of the art

Combine the better taste with low-alcohol beer’s real or perceived health benefits, and there’s a real niche developing for the style.

That doesn’t mean standard-alcohol – and even high-alcohol – beers are going anywhere anytime soon. Among craft brewers and craft drinkers, IPAs remain the most prominent beer style by far: Over 2,000 brands make and sell them.

Yet the craft brewing industry is increasingly aware of these shifts in drinker preferences and the social benefits of moderating alcohol intake. Recent trends toward appreciating beer with no or low alcohol make space for moderate or nondrinkers to participate in the craft beer movement.

Now, thanks to the work of food and fermentation scientists, the creativity of brewers and the willingness of consumers to keep experimenting, the list of options that have lower-than-average alcohol and that are actually tasty is growing.

Meanwhile, most craft brewers now offer some kind of “session beer” – so called because, thanks to their lower alcohol content, they’re suitable for longer drinking sessions. Sales of session IPAs, for instance, increased 199% in 2015.

Even beyond session IPAs, lower-alcohol brews across styles – gose, Helles lager, Kölsch, saison, and pilsner – are increasingly visible, available and popular in both pint and print, which is just another way of saying that, now more than ever, you can readily find a low-alcohol or nonalcoholic brew in your glass or on your screen.

PrevPreviousPrescott Gallery of Homes: An Interview with Alyce Ayers
NextOpinion: Have You No Shame Asks the Healer in ChiefNext