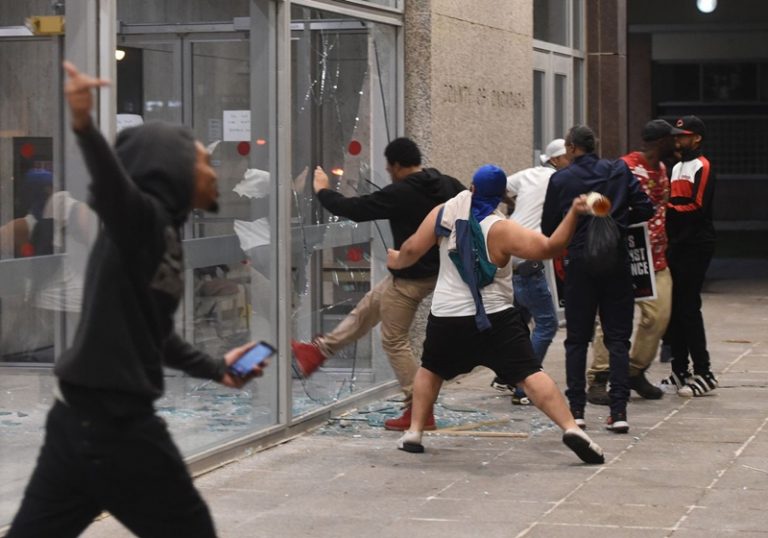 While many deplored the use of vigilante justice that permeated many of the cities and towns in the early years of the western territories and states, there was often no other law or justice available. After the brutal dispatching of a robber and murderer in Montana in 1864, one of those present wrote, “The question of the propriety of establishing a Vigilance Committee depends upon the answers to the following queries: Is it lawful for citizens to slay robbers and murderers when they catch them; or ought they wait for policemen, where there are none, or put them in penitentiaries not yet erected?”

This seems to closely parallel the situations that are happening all over the country in cities run by Democrats, in counties that have elected District and County Attorneys who espoused the George Soro’s philosophy of requiring no bail for the release of arrested criminals and refusing to prosecute many felonies and misdemeanors.

Americans have a high tolerance when confronted with injustices. It took the British imposing a long list of “abuses and usurpations” before we declared our independence from England. It took almost three quarters of a century of our own government before we abolished slavery.

In the sparsely settled expanses of the old west, the pioneers showed amazing patience with the criminal element in their communities, until they could take no more. When this happened, they usually formed Vigilance Committees. While the justice these committees dispensed was swift and harsh, it generally rid the areas of criminals, crooked politicians and corrupt law enforcement officials. Those who escaped the first wave of vigilante attacks, more often than not, left the area.

Those that can leave the blighted areas of cities run by Democrats are doing so, but not everyone can escape. It would seem to be only a matter of time before our countrymen in those areas start to rebel against the murder, shootings, thefts, homeless camps and general anarchy foisted on them by leftist politicians.

It seems to have already started. Because of the rampant shoplifting in ultra blue cities, big retail chains are closing their stores in some areas. Who can blame them. When prosecutors refuse to file charges against shoplifters, the thieves have become so emboldened that they walk right in to stores with empty bags that they fill up with merchandise and leave. If someone tries to stop them, the shoplifters will get physical in order to escape with their loot.

What can the owner of a small retail business do? That owner can’t move and now they are not only losing profits, their business is now loosing money every day. One can foresee that business proprietor or a group of such retailers forming their own vigilance committees and hiring undercover “loss prevention specialists” to combat the shoplifters. It is easy to imagine these undercover operatives using the same tactics that the shoplifters use. They might wear Covid masks and hoodies to hide their identities. They might be martial arts experts or they might use clubs, pipes, pepper spray, tasers or even more lethal weapons. Once a few of these brazen thieves have been beaten, or gets a broken arm or leg, the thefts would stop, at least temporarily. What other choice do honest merchants have?

What can be done to counteract city prosecutors, district or county attorneys who refuse to prosecute what they consider to be “minor” crimes? Americans are inventive in finding solutions. Some vigilante group might start a “Go Fund Me” site and collect money to buy or rent houses next door or near these prosecutors and like-minded politicians and have vans pick up those criminals who are released and move them in next door or in the neighborhoods of those who want them released. The same tactic could be used to place the homeless camps next to these “woke” politicians and prosecutors. Wouldn’t it be poetic justice to see them having to live the consequences of their beliefs and policies?