How legalization has increased innovation in the cannabis industry 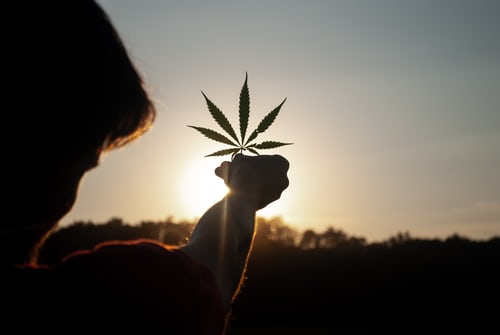 A whole new world of possibilities for entrepreneurs and innovators has opened up with the legalization of cannabis. People are now able to grow, manufacture as well as distribute products that have a higher potency and that are healthier than they have ever been before. There are so many different types of cannabis available, so much that it can be difficult to know what you need or want.

Since cannabis has been legalized in many states, innovation in the cannabis industry has risen and cannabis is now being sold in a multitude of ways. It is no longer just a drug and new products that contain marijuana are being created, from psychoactive hemp seed to oil blends that are rich in CBD.

Medical marijuana use is becoming more accepted by doctors and healthcare professionals since the legalization.

Marijuana has become legal in many states and this has contributed heavily to the growth of the industry. Since legalization, the demand for cannabis products has increased drastically, especially with how easily available they have become through online shops like Grasscity. People are now able to use marijuana for recreational or medical purposes without the fear of being arrested or ostracized by members of the community. Technical companies are starting to recognize the potential and have started to infiltrate the cannabis industry, and making massive strides in their research and development of marijuana. Marijuana is very widespread allowing dispensaries to operate legitimately using tech tools. An example being how the company Kalytera Therapeutics is starting to explore CBD, which has many health benefits that can be used to target diseases. The way companies grow weed is also being experimented with, organizations are coming up with smart and energy-efficient systems to adjust the growing environment of cannabis and this is just the beginning.

Legalization has led to a boom in job creation

One of the fastest-growing industries in America is the marijuana industry and this industry is creating job opportunities for thousands of people. It is estimated that cannabis businesses has hired as many as 415,000 full-time employees so far in 2021 and that number is expected to reach 670,000 by 2025. This shows that the future of the cannabis industry revolves around growth and cannabis has become a massive job creator. There are over 500 cannabis companies in America. The cannabis industry is booming and marijuana is expected to reach a job creation rate of 110% in the next 3 years. This demonstrates explosive growth which adds positively to the economy. Cannabis spending is predicted to reach $31.6 billion in 2022 and this growth will need more workers in the industry.

Now that marijuana is legal, new ways to consume it are popping up, left, right, and center. You can even find cannabis-infused drinks that are now legal. This means that you can purchase them at grocery stores or convenience stores, as opposed to alcohol which can only be sold at liquor stores. This will equal growth for the industry and the industry will rake in even more money than it currently is. Innovators are also allowed to unleash their creativity when it comes to cannabis products and you can now find marijuana in many forms including pills, capsules, tinctures, edibles such as cookies and ice cream, lotions, and even sprays. The more familiar people become with marijuana in society, the more creative people will be with how they consume it. Long gone are the days of just consuming marijuana with a joint which has many health risks that are associated with combustion. New and healthier ways of consumption are being developed.

Marijuana has opened the door for innovations in society. With the legalization of marijuana, jobs are being created and people are becoming very creative in the way that they consume the popular herb. The legalization of marijuana is growing the global economy and people are embracing the new reputation that marijuana has. No longer is it taboo to consume the plant, it is now being used recreationally as well as medically to treat a multitude of medical conditions such as anxiety, depression, insomnia and PTSD.