Opinion: Biden Housing Rule Would End Suburbs As We Know Them 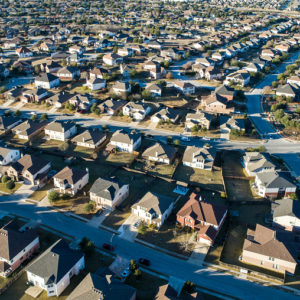 According to the Biden administration, standard zoning rules imposed by local governments are racist.

Part of the proposed $2.3 trillion Biden infrastructure plan seeks not to improve the inner cities (which are overwhelmingly controlled by Democrats), but to destroy nice places to live, like the suburbs.

This move to destroy the suburbs actually began with the Obama administration. In 2015 HUD issued the Affirmatively Furthering Fair Housing rule (AFFH) that conditioned receipt of $3 billion of annual community development block grants (CDBG) on rezoning neighborhoods along racial and income guidelines.

The AFFH was simply intended to enforce the Fair Housing Act of 1968. That law makes it illegal to discriminate in housing sales or in renting on the basis of race. But that Obama administration rule also required local jurisdictions that receive federal money to take steps to affirmatively further the goal of eliminating race discrimination in housing. The rule was largely dismantled during the Trump administration.

The Biden administration apparently believes people who live in the suburbs are bigots and that this radical destructive policy is necessary to combat racial and climate injustice.  They believe standard zoning constitutes racist “restrictive practices,” which constitute “exclusionary zoning.”

Biden and his handlers miss the point, that the suburbs and single-family dwellings are not at all “exclusionary.” Since the 1960s it has been illegal to discriminate or to refuse to provide housing to a person based on race, creed, or other immutable characteristics. As a commissioner for my township for the last eight years, I have worked to consistently enforce our zoning laws—I can assure you that they are not racist, and do not restrict people of any color or creed from moving to our township. Moreover, there are affordable options within the township and options for anyone who desires to move to our suburb.

Zoning rules are the result of public input and policy and change over time to reflect the opinions of the public. Local elected officials, in turn, are accountable to the public in implementing their desired zoning regulations.

Current zoning rules in Pennsylvania are not restrictive. People of every persuasion choose to live in the suburbs, where there are green lawns and leafy thoroughfares, good schools, and yards for children to play in. As it turns out, all types of people, whether Republican or Democrat, no matter what racial background, prefer to live in the suburbs.  The suburbs of Philadelphia have been around for more than 100 years and have been a refuge for people who sought refuge from noisy, dirty, crime-ridden urban areas.

But the Biden administration is once again taking the very divisive and destructive path in their proposed legislation, pitting urban and suburban Americans against each other. They believe suburbs are de facto discriminatory, because of the existence of “concentrated poverty” in urban centers as opposed to the suburbs.  The principles of “equity” dictate that wherever someone lives better than another person, there is racism, which must be eradicated.

The prior AFFH rule only withheld federal CDBG funds to localities that refused to eliminate zoning restrictions.  The new Biden proposal (based on the “Homes Act”) goes much further; and would actually withhold federal transportation funds for states that refuse to change their laws and eliminate single-family zoning.

If this rule is implemented, it will alter the nature of the suburbs forever because many state and local governments rely on those federal tax dollars for repaving roads, mass transit, and other projects. This is not just forgoing a block grant. These funds are necessary and relied upon by state and local governments.  This policy may well be enough to cause many localities to eliminate single-family zoning, as has already occurred in places like Minneapolis, Minn.

The most glaring deficiency with Biden’s proposal is it likely will not work to make housing more affordable. If the government incentivizes buyers, then we’ll have more buyers. More buyers mean a smaller supply, which means prices will go up.  Moreover, we know that government-subsidized housing always costs more than the market rate; and billions of newly printed government dollars injected into the housing market will tend to increase all housing prices.

This rule would likely result in the worst of all worlds – the destruction of the suburbs as we know them, excessive traffic and congestion, overtaxed schools, water, sewer, and public transportation systems– without making any of the new housing more affordable!

The Biden plan won’t work, and they know it as well as we do.

These efforts to destroy the suburbs are not about racism or global warming. This move by the Biden administration is about raw political power.

Their goal is not to make things better for those who live in the cities. It’s about destroying the better run and nicer places to live, to permanently secure power.

We know what 70-plus years of Democrat domination has done to the city of Philadelphia – poverty, squalor, poor schools and crime constitute too large a proportion of the city. It has caused a mass exodus, expanding the population of the suburbs.

If Biden’s plans to eliminate zoning are realized, we will all have an equitable distribution of “rebuilt” noisy, congested, crime-ridden urban areas with deficient utility systems and overcrowded schools. 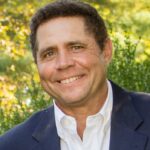 Richard Booker, a Radnor, Pa. Township commissioner, is a lawyer specializing in taxation. He wrote this for InsideSources.
All Posts »