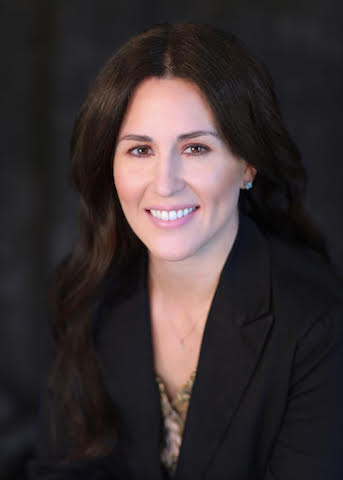 Governor Doug Ducey today announced the appointment of Kathryn Hackett King, a member of the Arizona Board of Regents and University of Arizona College of Law graduate, to the Arizona Supreme Court.

King brings a breadth of private and public experience to the bench, from her background in complex civil litigation to her work in all three branches of government. King is the fifth woman in Arizona history to serve on the Supreme Court.

“Kate’s strong belief in the separation of powers and experience serving in all three branches of government will serve the people of Arizona well,” said Governor Ducey. “I have witnessed her intelligence and wisdom firsthand, and I know she is well-respected in the legal field. I am delighted to appoint Kate to the Arizona Supreme Court.”

King is currently a partner at BurnsBarton PLC, a woman-owned law firm made up of big firm attorneys. Her practice is dedicated to representing private and public employers in employment litigation and related civil matters. She has worked on a wide range of legal matters including those involving discrimination, harassment, disability law, wage and hour law, drug testing, medical marijuana, restrictive covenants, torts and breach of contract claims. She routinely drafts employment agreements and other contracts and conducts investigations of allegations of discrimination, harassment and other workplace misconduct. She has also represented clients before administrative agencies, such as the National Labor Relations Board and the Equal Employment Opportunity Commission. King began her private practice career at Snell & Wilmer LLP, where she practiced in the areas of employment law and commercial and business litigation.

From 2015 to 2017, King served as Deputy General Counsel to Governor Ducey, where she assisted with legal issues involving the Governor’s Office and executive agencies. She advised Governor Ducey on constitutional, statutory and other legal requirements of the Office.

King is returning to the Court that she clerked for after law school. She clerked for Arizona Supreme Court Justice Michael D. Ryan from 2007 to 2008. During law school, among other positions, she was a Legal Fellow for Senator Jon Kyl and an extern for federal Judge Earl Carroll of the United States District Court for the District of Arizona.

King gives back to the community in several ways, including currently serving on the Arizona Board of Regents, which is the governing body of Arizona’s public university system. She was a member of the Arizona Civil Rights Advisory Board from 2016-2020, serving as Vice Chair from 2019-2020. In that role, she helped draft legislation creating a civil cause of action and remedy for human trafficking victims, which Governor Ducey signed in March 2021.

In addition, King is a member of the Arizona Women Lawyers Association and a mentor for the Latina Mentoring Project. She has provided pro bono legal services to non-profit organizations serving the homeless and through the Volunteer Lawyers Program of Community Legal Services. In 2011, the Volunteer Lawyers Program awarded her the Consumer Litigator of the Year for her pro bono representation.

King was also recently recognized as a Southwest Super Lawyer in the area of Labor and Employment.

King graduated from Duke University with a Bachelor of Arts, majoring in Political Science and minoring in History. She then obtained her law degree from the University of Arizona James E. Rogers College of Law, where she served as the Note and Comment Editor on the Arizona Journal of International and Comparative Law.

This appointment fills the vacancy created by the resignation of Justice Andrew Gould.