The Communist Party claims to have brought prosperity and equality to China. Here’s the real impact of its rule 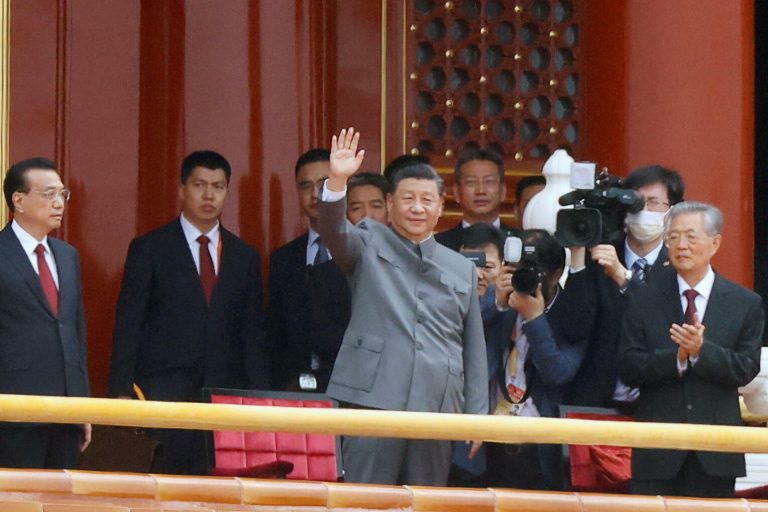 The Chinese Communist Party (CCP) is in full swing to prepare for the 100th anniversary of its founding this week, with an intense publicity push to crow about its achievements.

However, the CCP has little to celebrate in terms of what it has done for China. Its chief achievement has been how it has managed to survive and stay in power for so long.

So, what exactly does the CCP lay claim to, and where does the truth lie?

The top claim on the list is that the CCP unified the country and secured its independence through the founding of the People’s Republic of China in 1949. The CCP had accused the previous government, led by the Chinese Nationalist Party (KMT), of being a puppet of the imperialist US.

But China had been a completely independent country on all counts before the CCP seized power by force from the Nationalists.

With the surrender of occupying Japanese troops at the end of the second world war, China was a country that enjoyed full sovereignty. It had abolished the unequal treaties signed with western powers over the previous century and retaken most of the concessions and territories claimed by foreign powers (with the exception of Hong Kong and Macau). China was also exercising independent tariff rights.

When the United Nations was established in 1945, China even became a permanent member state of the UN Security Council and was recognized by the international community as one of the five great global powers.

The CCP also boasts of its economic achievements, claiming it unleashed China’s potential and turned it into an economic superpower.

But industrialization and urbanization had been well underway before the CCP took power. Despite successive wars, the infrastructure for modern cities, transport, industries, commerce and finance was being established across much of the country. Shanghai, for instance, was already a sophisticated metropolis in the 1930s, known as the “Paris of the Orient”.

Chinese citizens, including peasants, also enjoyed full property rights under the modern legal system created by the government of the Republic of China, as well as the right to establish and operate free enterprises.

All of these accomplishments were destroyed by the CCP, which confiscated private property, eliminated entire classes of urban capitalists and rural landlords, and wasted opportunities for economic growth for three lost decades before returning China to a semi-market economy in the 1980s.

Read more:
The world has a hard time trusting China. But does it really care?

The CCP and its supporters take particular delight in their claim the party “lifted” hundreds of millions of Chinese out of poverty. Earlier this year, in fact, President Xi Jinping trumpeted a “complete victory” in the CCP’s goal of eradicating rural poverty — a drive some analysts say was not cost-effective or sustainable.

While it is true abject poverty has declined sharply in recent decades, it must be remembered that failed CCP policies condemned millions of people to poverty in the first place.

The CCP should never be forgiven for its crime of killing up to 45 million people through the Great Leap Forward campaign, which led to the worst man-made famine in Chinese history.

And according to different poverty measurements now used by the World Bank, there are still potentially hundreds of millions of Chinese still living beneath the poverty line.

The CCP lays claim to the establishment of a “people’s democracy” in China, or what Mao Zedong once described as a “democracy for the people” and “dictatorship for the enemy”.

But in reality, the party established a totalitarian state that interrupted China’s march toward constitutional democracy.

The Republic of China had been founded in 1912, and is frequently referred to as the first democratic republic in Asia. It had a modern legal system, vibrant civil society, largely free press, and autonomous schools and universities.

In 1928, the KMT united China by force and replaced the unstable multi-party democracy with a “tutelage democracy”, in which the KMT monopolised political power on the promise it would provide guidance to the population to establish a full democracy.

Read more:
Xi Jinping’s grip on power is absolute, but there are new threats to his ‘Chinese dream’


The authoritarian party-state of the KMT started the process of democratization after 1946. A constitution was enacted the following year, and multi-party elections for the national parliament and presidency were carried out in 1947 and 1948.

The CCP put an end to these political developments. Under Xi, the current hardline leadership maintains its grasp on power by waging an all-out war against universal values, suffocating Chinese civil society and eliminating any opportunity of a peaceful transformation toward constitutional democracy.

The recent crackdown on democratic institutions in Hong Kong are a clear example of the way the country is headed.

The CCP also talks about bringing socialism and greater equality to China, but it created the most brutal caste system against the “Five Black Categories” during the Cultural Revolution, which resulted in the most appalling inequality.

For three decades from the 1950s to the 1970s, millions of people were classified by the communist regime as “landlords”, “rich farmers”, “counter-revolutionaries”, “bad elements” and “rightists”. These people were routinely separated out for struggle sessions (a form of public humiliation), re-education through labor, beatings and even execution. Many of their children were denied education and state employment.

Furthermore, through a special household registration system during the Mao years, peasants and their children were registered as rural residents. They were permanently excluded from state welfare, employment and schools in urban areas.

This household registration system and the rural-urban divide still have serious consequences for rural residents and migrants to major cities today.

The communist regime is also still using “re-education camps” in the Xinjiang region today as a method of rooting out what it considers threats to its power.

During the Mao years, the rural gentry and urban intelligentsia – the main defenders of Chinese traditional culture – were either eliminated or remoulded in accordance with communist party-state ideology.

The current promotion of Chinese culture by the communist party-state is nothing more than a cynical move to exploit any opportunity to boost Chinese nationalism as a tool to provide legitimacy to the regime.