Opinion: Guide for the Perplexed 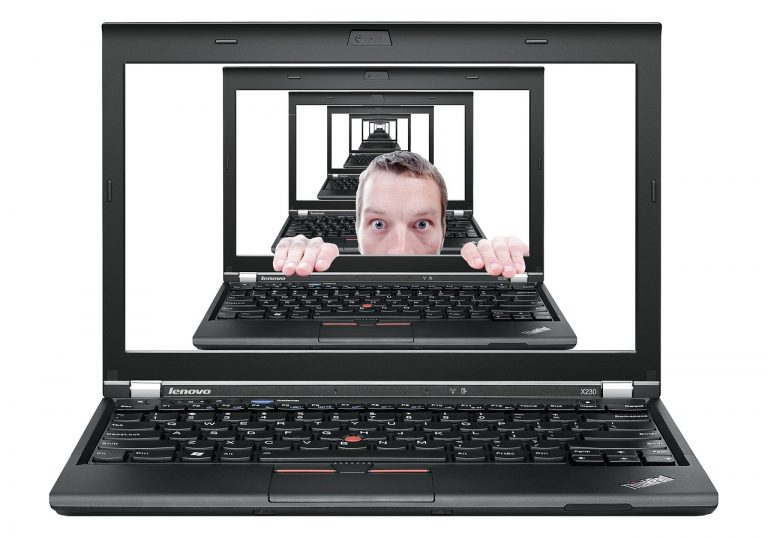 This is the first in a series of advice columns for AmRen readers. They are written by a man of great wisdom and long experience.

I am having problems at work and with my family due to my involvement in the racial question and the white nationalist movement.

One of my sisters is now estranged from me because she is so angry over my voting for Donald Trump and against Joe Biden. This situation has been brewing. I’ve tried to explain our ideas to her over the past two years but she just gets mad. After the election she told me that I am not welcome in her house and that she would not see me during the Christmas holidays.

Now my parents are annoyed that my sister and I have fallen out.

In addition to trouble at home my job is shaky.

A “woke” fellow employee has informed my company of my “racist” ideas.

I’ve been called in and grilled by the boss and I may get fired. I need this job and I’m worried that the SJW co-worker could stir up an online doxing, making it difficult for me to get another job if I lose this one.

Do you have any suggestions on how I can handle this situation?

How, Paleface! How to smokum peace pipe with family and boss?

Here are some thoughts.

You have violated a rule. (The horse is out of the barn at the moment but it’s worth reflecting on the rule to avoid future problems.)

The Rule: You do NOT evangelize with your family or at the workplace.

It seems natural to try to persuade your family. Also, since we spend so much time at work, it’s hard not to “share” one’s cherished ideas with fellow employees.

But you have to learn when to be silent and family and workplace are areas that are too important to a pleasant and stable life to jeopardize with radical political talk.

You haven’t indicated where you and your sister stand in the birth order. If you are a younger sibling, I can tell you (from personal experience as “the baby” of the family) that older siblings rarely listen to a younger brother or sister.

It is an idée fixe with them that a younger sibling is inferior whose opinions don’t count. They had years of being able to ride a bike when you couldn’t. They could go to the movies alone . . . and you couldn’t. Etc.

Younger siblings think that this will change when the siblings become grown ups. It rarely changes. The older ones derive too much satisfaction from their sense of superiority.

Younger siblings need to accept that their older siblings will dismiss their opinions and even take the opposite side just to “show” little brother.

Our parents also are unlikely to give serious, careful considerations to a child whose diapers they changed and whom they coached to say “Mama” and “Dada.”

Such ingrained patterns do not change.

The workplace is too important to risk exposing yourself as a radical “racist.” Your bosses are likely to be “normal” Americans who care only about profit and money. Rarely are such people interested in ideas, especially ones that could cost them money. They are like the libertarian Robert Ringer: They are “looking out for #1.”

The workplace is also not a level playing field.

There is a Chinese proverb: “Eggs don’t knock up against rocks.”

At the workplace, we are eggs and the bosses are rocks.

Enough preaching about what should have been. At last I will move on to what is.

Family is important to most of us. We want to keep our family intact. That’s why (except with our own children) we refrain from evangelizing them.

You need to think carefully about your sister.

Political quarrels among family members are often symptoms of underlying problems that have been there for a long time.

If your sister has been difficult, haughty, contemptuous, selfish, jealous, then (a) it’s not a great loss to taper your relation off with her and (b) it is unlikely that you can repair the breach caused by your wickedness in not voting the way she did.

However, if she has not been like that, then it’s worth a try to conciliate her — even insincerely.

I am a great believer in insincerity and hypocrisy. They save a lot of trouble in life.

You might send your sister a birthday gift with a little note expressing your affection for her, your regret at the hiccup in your relations with each other and your own consigning of the whole issue to oblivion.

Eat humble pie if you have too. Nobody’s watching. You can feed her what she wants to hear. It doesn’t matter. The silly cow will never listen to you anyway, so why care?

Be sure to share your note, gift, etc. with your parents. This will cause them to soften toward you and, if your sister won’t reciprocate, their annoyance will shift and be directed at her.

And in the future: leave your family alone.

The situation on the job:

Here it is also very important to try to repair things.

You may want to consider changing jobs. It is easier to move from one job to another than to get a job after being fired. So try to do whatever it takes to keep the job for the time being.

Try to mitigate the situation with your bosses. Give anodyne versions of what you believe about our issues. Water the issue down. Tell them what they have heard does not accurately reflect what you actually believe.

Assure the company managers/owners that you will never do or say anything that will cause them any trouble.

Do not try to win them over to your views while the matter is being digested by your superiors. This is a time for equivocation, not martyrdom.

Here again the principle of the utility of insincerity and hypocrisy holds true.

You may balk at what I am saying and feel that you would be dishonest to do what I suggest.

We live in what is essentially an occupied country. There is no cowardice in being prudent.

And above all: we owe no duty of honesty to people who want to hurt us. No moral duty at all.

Even Jesus, when asked by the Pharisees if the Jews should pay the tax to Caesar, refused to give them an honest answer.

An honest answer — either way — would have been used by the Pharisees to do harm.

If He had said to pay the tax, the Pharisees would have used this to sic the Jews on Jesus.

If He had said not to pay the tax, the Pharisees planned to run to the Romans and tell them that he was a seditionist.

The Pharisees weren’t looking for truth. They were looking to make trouble.

Therefore, Jesus owed them no duty of candor.

And we don’t owe our enemies and duty of full disclosure either.

If you had been a kid in Moscow in 1937 and the NKVD came to your apartment and asked if your mother had an icon, would you have owed the Communists a truthful answer?

“Oh, yes, Officer! Momma does have an icon. Look! She keeps it hidden in this closet! I cannot tell a lie . . . especially to the police.”

A child in such circumstances did have a moral duty — to lie to protect his mother.

He did not have a moral duty to give truthful answers to the evil secret police of the Soviet state.

Good luck to you!

The vast majority of things we worry about never take place and in the small percentage of times they do take place, they often turn out for the best.

Mr. Leland has been a white advocate for 40 years.
All Posts »