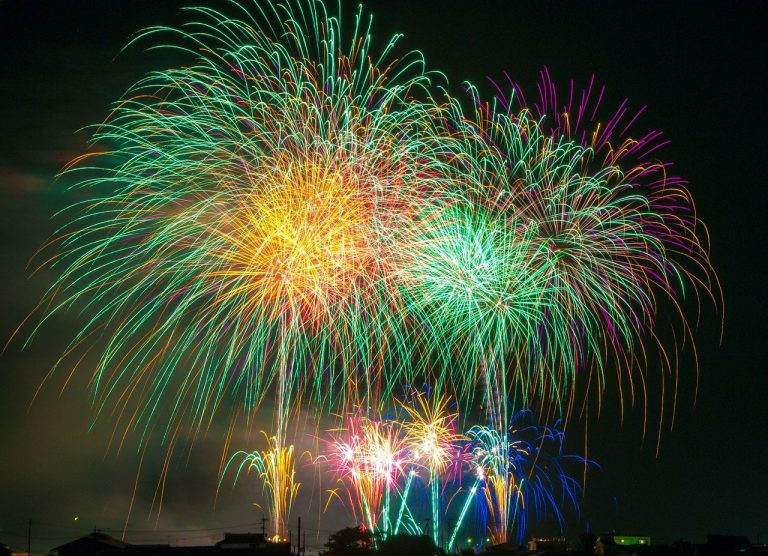 With the pandemic winding down, cities and towns across the state are looking toward a more typical Fourth of July this year – and typical in Arizona means balancing fireworks against the potential for wildfire.

This Independence Day comes as “exceptional drought” conditions continue across much of the state, where thousands of acres of wildfires were burning Thursday.

But while the conditions are more severe this year, the situation is familiar for local officials who say procedures to ensure safe firework shows have been in place for years now.

“Every Fourth of July down here is crazy hot and potentially dry,” said Andrew Squire, a spokesperson for the city of Tucson. “It’s not uncommon for Tucson to be in a drought condition; certainly not as heavily … as we are right now, but this isn’t really that big of a change from what we’ve done.”

Nanette Smejkal, recreation and community services director for the town of Sahuarita, said she does not think that rules and measures in place for town-sponsored firework displays have changed much but that “people are a lot more aware and vigilant of the potential for a fire.”

Calls to a half-dozen towns around the state revealed a variety of precautionary measures for those considering fireworks displays.

Those include ensuring the area is pre-soaked well in advance of any fireworks, regular meetings with the local fire department and fire marshal and identifying any hazards that would pose additional fire concerns. They also include stationing fire officials throughout the area and having fire trucks on standby during any display.

Tiffany Davila, a spokesperson for the Arizona Department of Forestry and Fire Management, said rules for professional firework displays are “left up to the local municipalities where those firework shows are being held.” But given the current wildfire conditions in the state, she said, the department is discouraging people from shooting off fireworks on their own.

“As far as regulations go, we’re just asking the public to please leave the fireworks up to the professionals this year,” Davila said. “Let’s not take a chance and start another wildfire.”

This has already been a challenging wildfire season, with 1,005 fires that had burned more than 540,000 acres so far this year in Arizona alone, according to the Southwest Coordination Center. More than 180,000 acres burned last month in the Telegraph Fire in Tonto National Forest.

Smejkal said the risk of firework displays depends heavily on each city’s terrain and vegetation.

“One thing about the town of Sahuarita is we are really flat where we’re at and where this display will occur, it’s not a mountainous area,” Smejkal said. “There aren’t canyons and caverns and things like that, that’s one thing we have going for us that some communities have a different situation with pine trees and mountain tops.”

Some cities have had to cancel displays due to the local fire conditions. Flagstaff canceled part of its annual Lights on the Lawn event, writing on the event website that “Flagstaff’s Independence Day community event has been canceled due to on-going wildfire danger and the general extreme wildfire potential across Arizona.”

Other cities said they are planning to set off fireworks with the safeguards in place, but that there is always a possibility that conditions the day of will lead to the cancellation of the show.

“Even though the professional company is there, if our fire marshal doesn’t feel comfortable, he will say no,” Smejkal said.

“We feel like everything’s going to be ready, but should there be things like high winds, then there’s the potential that the show could either be delayed or canceled,” she said.