Opinion: President Biden Turns “The War On Terror” Against Whites 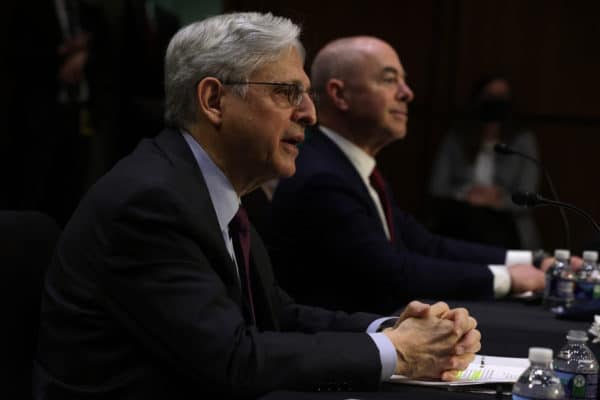 The memo describes the “most persistent and lethal threats” to America as: “racially or ethnically motivated violent extremists (principally those who promote the superiority of the white race) and militia violent extremists.” It attributes several incidents to white extremists, including the 1921 Tulsa race riot and the recent physical attacks on Asians. The Tulsa riot occurred a hundred years ago and most of the reported anti-Asian attacks were committed by blacks, not white “terrorists.”

The memo outlines its strategy to counter domestic terror in four steps:

This action plan wants more money for the intelligence community and attention focused on the homeland instead of foreign terrorism. It demands greater surveillance of American citizens and extra screening of government personnel. It may even lead to more censorship in the U.S.

Its top priority for stifling extremist recruitment is to curtail distribution of “hate” propaganda. The report claims that non-violent racial ideology can inspire terrorism and must be monitored and suppressed:

The widespread availability of domestic terrorist recruitment material online is a national security threat whose front lines are overwhelmingly private–sector online platforms, and we are committed to informing more effectively the escalating efforts by those platforms to secure those front lines.

The U.S. government is particularly worried about the international scope of white nationalists. The memo warns that “individuals with similar ideological beliefs exist outside of the United States and these RMVEs [racially-motivated violent extremists] frequently communicate with and seek to influence each other.” The guidance sees the international connections as a way to designate domestic extremists as terrorists:

The Department of State, in consultation with the Department of the Treasury, is working with other components of the Federal Government and with our foreign allies to assess whether additional foreign entities linked to domestic terrorism can, under the relevant statutory criteria, be designated as Foreign Terrorist Organizations or Specially Designated Global 18 National Strategy for Countering Domestic Terrorism Terrorists.

That designation would allow “the full range of tools applicable to understanding international terrorism threats” to become available. Intelligence agencies could then monitor and collect information on American citizens much more aggressively.

The White House guidance also recommends that government employers, including the military, root out suspected extremists through extensive vetting practices. The White House urges new background checks and interview questions that would probe candidates for potential extremist ties and suspicious political beliefs. The brief also says the federal government is “reviewing and updating its definition of prohibited extremist activities among uniformed military personnel.” It doesn’t say what those activities may be, but based on the special focus on social media, it could involve tweeting material that liberal bureaucrats find objectionable.

The memo includes a strange policy agenda that is just liberal mush. The intended point of this agenda is to supposedly stop Americans “from being drawn into the grip of domestic terrorism”:

That means tackling racism in America. It means protecting Americans from gun violence and mass murders. It means ensuring that we provide early intervention and appropriate care for those who pose a danger to themselves or others. It means ensuring that Americans receive the type of civics education that promotes tolerance and respect for all and investing in policies and programs that foster civic engagement and inspire a shared commitment to American democracy, all the while acknowledging when racism and bigotry have meant that the country fell short of living up to its founding principles. It means setting a tone from the highest ranks of government that every American deserves the life, liberty, and pursuit of happiness that our Declaration of Independence recognizes as unalienable rights. And it means ensuring that there is simply no governmental tolerance – and instead denunciation and rejection – of violence as an acceptable mode of seeking political or social change.

The screed adds that the White House must prioritize “efforts to ensure that every component of the government has a role to play in rooting out racism and advancing equity for under-served communities that have far too often been the targets of discrimination and violence.” The Biden administration doesn’t seem to be concerned about the rise in violent crime or the continued threat of jihadis. It’s concerned that some white Americans want to preserve their people and traditional way of life. That’s the real threat to the regime.