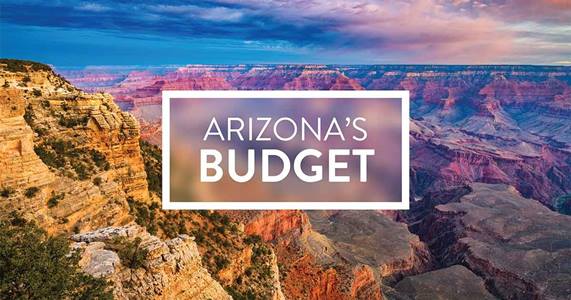 The House vote follows the state Senate’s approval of the budget on Wednesday. Governor Ducey will receive the budget bills once they are finalized between the House and Senate.

“This budget makes responsible, targeted and substantial investments in the things that matter while allowing hardworking taxpayers to keep more of the money they earn,” said Governor Ducey. “It is a landmark plan and it is the result of one of the most successful legislative sessions in Arizona history. We achieved a tax cut that will protect working families and small businesses, we’re paying off hundreds of millions of dollars in debt, we have the most sweeping child care package in the nation, and we’re making record investments in K-12 and higher education, infrastructure and public safety.”

This year’s budget fulfills Governor Ducey’s commitment to being a prudent steward of taxpayer dollars. It implements a 2.5% flat tax phased in over three years beginning on January 1, 2022. The tax plan saves money for every Arizona taxpayer no matter their income, eliminates income taxes on veterans’ military pensions, increases the charitable contribution deduction to 100%, and protects small businesses from a 77.7% tax increase.

This budget pays off nearly $1 billion in debt and another $1 billion to reduce the state’s pension liabilities. It also invests in the areas important to all Arizonans, including $13 million for State Trooper body cameras, $30 million to ensure K-12 students have access to school transportation, more than $200 million to further protect Arizona’s water future, $50 million to continue widening Interstate 10 between Phoenix and Tucson, and more.

“I’m grateful to our state lawmakers for their hard work, their focus and their partnership to deliver a budget for all Arizonans,” Governor Ducey added. “My thanks goes to Senate President Karen Fann and House Speaker Rusty Bowers for their leadership.”

Earlier this week, a guest opinion by Governor Ducey, President Fann and Speaker Bowers was published in the Phoenix Business Journal.

Highlights of the fiscally responsible budget include: