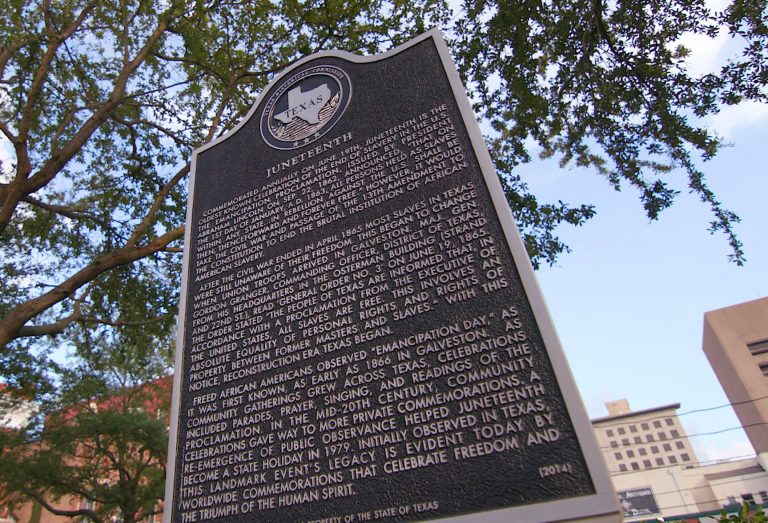 The federal Juneteenth holiday may be brand new, but you might not know it from the number of celebrations already planned to mark the day in Arizona.

Juneteenth celebrations were scheduled to start Friday night – just one day after President Joe Biden signed the bill creating the new federal holiday – and continue through Saturday evening, with events from concerts to cookouts to memorial ceremonies catering to all age groups.

Across the state, some organizations were resuming long-standing traditions, while others were hosting new events as pandemic restrictions ease. While they have been planning for months, event organizers welcomed the federal recognition.

“There’s not many federal holidays rooted in blackness, so this year will be the year many folks are experiencing a holiday like this,” said Andres Portela, a Tucson City Council candidate who was hosting a get-together Saturday morning at Reid Park to spend time outdoors with neighbors and discuss the history of Juneteenth.

Allison Walker, a marketing coordinator for Bookmans Phoenix Entertainment Exchange, said federal recognition of Juneteenth is a “great move in the right direction.”

“I would love to see more people learning what Juneteenth is about,” said Walker, whose store is sponsoring a number of virtual events and an in-person scavenger hunt to mark the day.

Juneteenth is about June 19, 1865 – the day when federal troops delivered news to the enslaved people of Galveston, Texas, that they were free. The Civil War was over and President Abraham Lincoln had signed the Emancipation Proclamation more than two years earlier, on Jan. 1, 1863, but the news had not reached Galveston until then.

Texas became the first state to officially recognize the day, in 1979, and other states followed. Arizona officially recognized the day – but not as a paid state holiday – in 2016, one of 48 states and the District of Columbia that acknowledge Juneteenth.

Federal recognition came this week with blinding speed. The Senate passed a bill Tuesday to make Juneteenth the 11th federal holiday, followed by the House on Wednesday, which voted 415-14 to approve the bill. Arizona Republican Reps. Paul Gosar of Prescott and Andy Biggs of Gilbert were among the 14 no votes.

Biden signed the bill Thursday afternoon, immediately making June 19 a federal holiday. When federal holidays fall on a weekend, the day is observed the Friday before or the Monday after – meaning that most federal workers learned Thursday evening that Friday would be a day off or a day with holiday pay for Juneteenth.

The events ranged from educational to philanthropic, from business to social events. Most were in person, but hybrid and virtual opportunities were also available with COVID-19 still lingering.

Some Juneteenth celebrations this year will include free COVID-19 vaccination opportunities. At the Tempe History Museum, walk-in vaccinations were available Friday evening, along with outdoor activities for children, educational displays and presentations, and live performances.

Vaccines were also slated for the annual ClipDart Juneteenth celebration Saturday at the Salvation Army in Tempe, which will include free access to showers, food, clothes, on-site drug testing, entertainment and transportation.

“I’m really glad to see this event is taking place, especially with the record temperatures, services for the homeless are more important than ever,” said Shipherd Reed, communications director for the University of Arizona Zuckerman College of Public Health, which is co-sponsoring the event.

He said the federal recognition, following a year of racial reckoning, should bring the holiday wider recognition than before.

“It’s a reason to reflect on where we’ve come from and where we’re going as far as systemic racism, and the need to keep improving our society and working for social justice and health justice,” Reed said.

Other events will focus on black businesses. “The Wrld is Ours,” a music production and clothing company, is hosting a networking event at WAY L.A. Studios in Phoenix, and the Southside Community Association is hosting a black business expo at the Murdoch Community Center.

The Mesa Historical Museum is hosting a local historian to talk about the African American “matriarchs who came out of the segregated neighborhood of Washington Park in Mesa,” said museum Executive Director Susan Ricci.

Some programming will have a lighter touch. Walker said Bookmans’ events will include virtual drag queen story hours “for kids of all ages” to learn about the history of Juneteenth. And in Surprise, the LA Experience is hosting a Juneteenth Winefest event at Mark Coronado Park, which event producer Rita Wiggs called “a celebration with a twist.”

“The twist includes diversity, inclusion, celebration, and of course wine,” Wiggs said in an email Friday.

Other outdoor festivals offering food, drinks, games and entertainment were scheduled in Scottsdale at McCormick-Stillman Railroad Park, in Phoenix at Bizzles on Central, and at Eastlake Park and in Chandler at Folley Park.

Portela said the Tucson community has celebrated Juneteenth for more than 50 years, and will renew its annual celebration Saturday evening at Dunbar Pavilion.

“For me, Juneteenth was always my Fourth of July, it was the time my family came out together at the park and cooked out,” he said. “There weren’t any fireworks, but we all felt a renewed spirit.”