Opinion: Race Differences in the Clinic 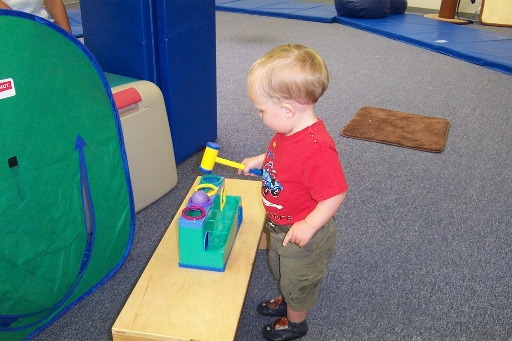 I work as a clinical assistant at a primary care pediatric clinic in a good-sized southeastern city. Our patients are mostly lower class. This is because we accept just about any health insurance, which makes us a net that catches patients who are not accepted elsewhere. More than 60 percent of our patients are on Medicaid.

My job is to call patients to an examining room, take a history from the parents, chart the information, and take the children’s measurements and vital signs. I have worked at this location for nearly three years and by my estimation, have seen no fewer than 12,000 patients. I would say they have been 60 percent black, 30 percent Hispanic, nine percent white, and less than one percent other (Asian or Arabic). I do not believe I have had a single day when the majority of my patients were white.

I have loved working here. I have learned so much on the front lines of medicine that has prepared me for medical school this fall. Our clinic offers quality care under the direction of highly competent doctors and nurses. In my opinion, there are few more honorable pursuits than caring for the health of others, and my dream since I was a child was to be a doctor. Being a clinical assistant has let me see with my own eyes the differences between the races and how they manifest at different ages. This has cemented my beliefs and affirmed my fears regarding the truths about racial differences that society refuses to face.

White parents are generally courteous, quiet, and dress conservatively. Of course, there are exceptions: entitled mothers, parents who make ignorant decisions about their children’s health or don’t even seem to care. White parents usually stay off their phones when either the doctor or I are in the room, speak coherently, and understand the medical information about their children. They know the names of the medications their children are on, can discuss past medical issues, and bring in pertinent outside paperwork. White parents typically follow the doctor’s suggestions and ask sensible questions.

White children under age five can be just as rowdy, rambunctious, and disrespectful as children of any other race, but it is less likely than with blacks or Hispanics. Generally, when young white children make a scene, it’s due to fear of being at the doctor’s office. ADHD diagnosis rates run high for whites. I do not have exact figures, but I estimate that nearly one in 25 over the age of five has been evaluated for or diagnosed with ADHD, ADD, ODD or something similar.

White children over the age of five are typically well-behaved when I measure them, and they engage with me. Most have a good vocabulary by age four and have essentially mastered the language by age six. They come in all body types: lean, short, obese, athletic, or slovenly, though rates of morbidly obese white patients are low. White children generally perform well in school unless they have ADHD or developmental disorders. They are outgoing and have a pleasant disposition. The biggest problems I see in white patients is too much time spent on phones and tablets, poor diet that does not necessarily lead to obesity, and use of formula instead of breast milk.

As for Hispanics, we have enough to need full-time interpreters. Most of our patients are first- or second-generation children of immigrant parents who speak only Spanish, while the children are bilingual. I am impressed by the ability of Hispanic children to be bilingual as young as age five. I estimate that only 30 percent of Hispanic mothers and maybe 10 percent of Hispanic fathers speak conversational English. I have learned a lot of Spanish myself, and have come to understand that many parents have no intention of learning English. They can rely on their children to interpret for them and they hardly ever leave their majority-Hispanic neighborhoods.

Through conversations with the parents and with interpreters after the fact, I have learned that a lot of Hispanic parents worry that, because of the language and culture gap, the doctors don’t fully understand their concerns for their children. Fathers tend to be manual workers while mothers stay at home. Hispanic mothers tend to keep to themselves and dress conservatively.

Hispanic children up to age four tend to be very sheltered and get upset around strangers. They throw tantrums more often than whites and about as often as blacks. On the other hand, Hispanic adolescents and teenagers tend to be almost docile. The rate of ADHD in Hispanics is very low. I could probably count on one hand the number of Hispanic ADHD cases I see in a year.

Hispanic children grow up in working class families, often follow in the footsteps of their parents, and maintain a strong central sense of cultural identity. They tend to take longer than whites to learn shapes and letters. Hispanic children tend to be physically shorter overall than whites and heavier, both in early childhood and in adolescence.

Intellectually, I have seen extremely bright Hispanic children, but most are just average in school. The biggest problems for Hispanics are obesity, diabetes, vitamin D deficiency, and poor English. Overall, Hispanic families cause few problems and I respect their work ethic, but they are different from white people and bring an entirely different culture with them. 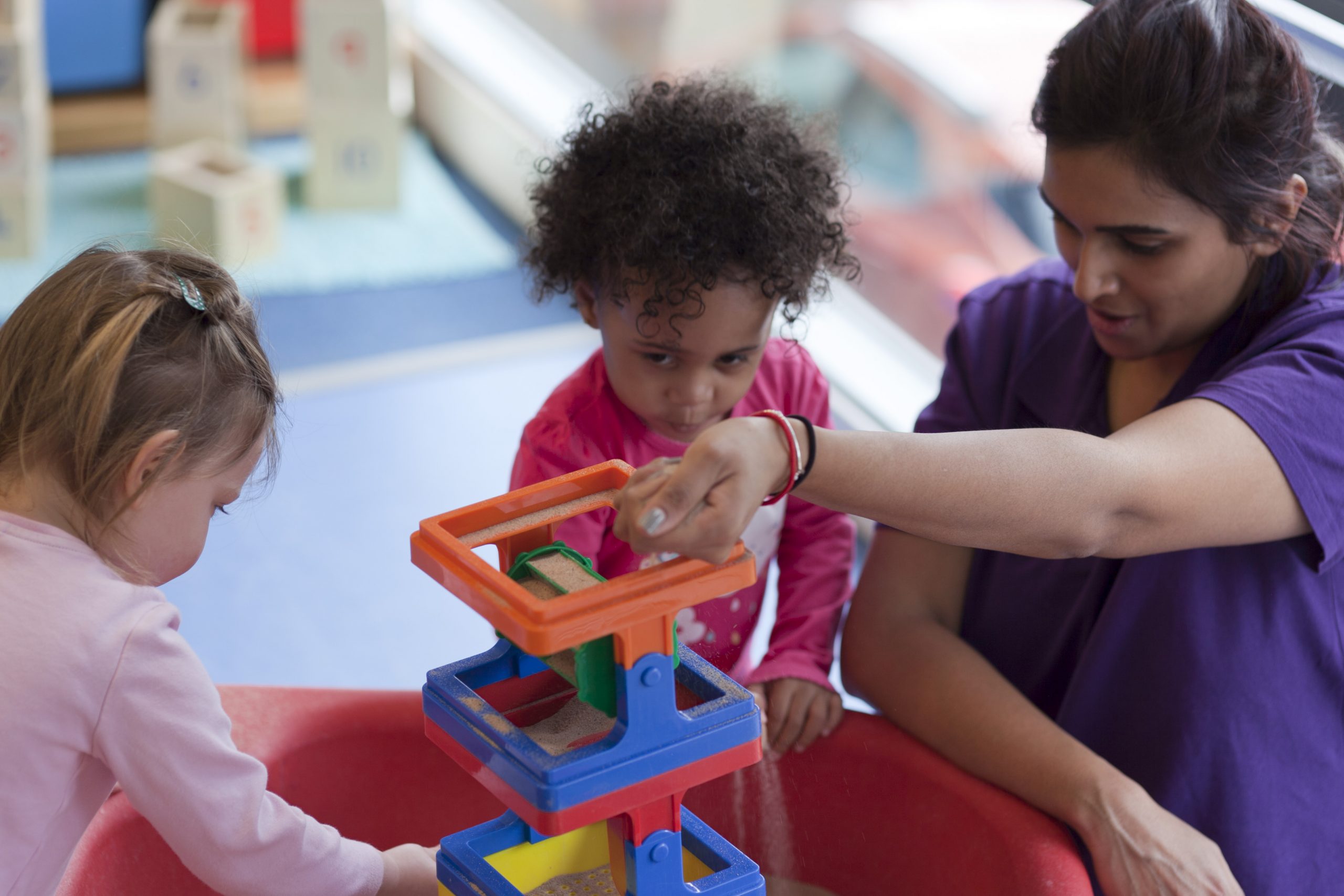 With blacks, the trends I have described become noticeably clearer. I would say that 75 percent of my black patients have never been brought into the office by their fathers. The same is true of Hispanics, but that’s often because the father is working, not because he is absent. White children are accompanied by their mothers about as often as by their fathers. On their information sheet, black children almost never have a father listed under the “other guardian” space; that is usually taken by a grandmother or aunt.

Black mothers love to talk on the phone — more so than white and Hispanic mothers — and will talk on speaker phone or through a Bluetooth earpiece while I am in the room. It is confusing and annoying when a mother says something aloud that wasn’t directed to me. Moreover, this is a potential HIPAA violation because protected health information could be leaked over the phone.

Black mothers enjoy threatening their children with injections to make them behave, and may bribe them with a happy meal or ice cream after the visit. They are abrasive with their children; they snap and bark at a child until he behaves. Black mothers wear gaudy and often revealing clothing, sometimes adorned with vulgar language. Some black mothers do not wear bras.

Black parents often unnecessarily repeat what they say to me, do not know how to pronounce or spell basic medical terminology, and often don’t remember important medical information about their children. When black fathers do bring in children, they often do not even know why the child is there. I often hear “lemme call their momma real quick” when I ask a simple question.

Black women are obese and at much higher rates than whites. I remember a black mother who weighed no less than 600 pounds, who brought in a very petite two-year-old. While I was talking to her, she reached over my shoulder and grabbed a pack of nylon throat swabs off the wall-mounted container and began to clean her waxy ears. Of course, I have met many dedicated black mothers who care deeply about their children’s health and listen carefully to our advice.

The most striking thing I have noticed about black children is that they nearly always seem older than their actual age. This is true from toddlers on up. I have seen 12- and 14-year-old black kids who could pass for 18; only their pre-pubertal voices gave them away. Black children as young as five have defined muscles in their arms and legs that I do not see in white or Hispanic children. Teenage black boys who do not even play sports are muscular and can seem almost brutish. Black girls seem to have their first periods earlier than whites.

Blacks are plagued with childhood obesity. I have seen children as young as 15 months who are already above the 99th percentile for their age in weight, and their charts look like exponential growth curves. Black children are outgoing and sociable, but many struggle in school. They often have chronic problems, such as eczema, asthma, and iron-deficiency anemia. Black children also come into our clinic at greater rates for injuries, accidental or intentional. They have more problems than the two other groups: staggering amounts of obesity, too much screen time, single-mother households, large families, poverty, dependence on government; not to mention living in majority black areas, which retards development.

When I work with people of another race, there is something I feel but can never say: an uncrossable gap between us. It may be vast or barely visible, but it is not rooted in ignorance or animus; it is just there. I am not ashamed to say that I am more attached to my white patients — even though I treat all patients with exactly the same manners, respect, and competence. I have never talked down to any parent of any race nor given special attention to whites, but I have a deeper connection with the few white children and parents I see.

Our society insists that everyone is exactly the same. I can say for a fact that the races are not the same, and that the differences are easily observable and extend beyond physical appearances to include language, intellect, and behavior. Ignoring racial differences is fatal to our nation.

Cameron Sawyer is a 24-year-old white man who lives in the Mid-South.
All Posts »