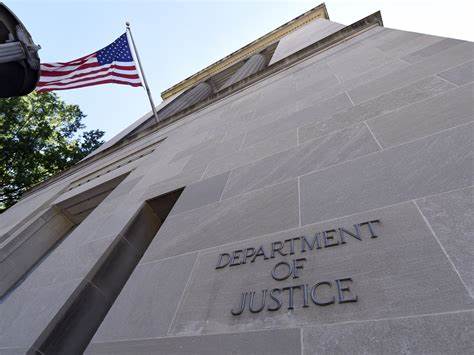 The Biden administration is facing a growing crisis in the part of the executive branch with the greatest power to deprive Americans of their liberty: United States Attorneys.

Several recent examples highlight a disturbing culture of misconduct by U.S. Attorneys that threatens to undermine the fairness of our judicial system. The Biden Justice Department must take immediate action to implement greater oversight of these federal prosecutors.

The 93 U.S. Attorneys and their thousands of assistants wield unparalleled authority to initiate — or decline to initiate — massive investigations with wide-ranging consequences for both their targets and innocent third parties.

U.S. Attorneys have the power to direct the FBI and other law enforcement agencies, convene and lead grand juries in secret, prosecute suspects, and recommend decades-long sentences. Often these sentences are based on conduct that was never even charged, much less proven. They can even seize property without due process under the guise of civil forfeiture.

As a former Deputy Federal Public Defender in the Central District of California, I have seen firsthand how these vast powers are wielded with little oversight. That leads to widespread abuse and arbitrary outcomes that damage the public’s faith in the system.

In 2018, Ali Sadr Hashemi Nejad was charged with money laundering and other crimes by the U.S. Attorney’s Office for the Southern District of New York (SDNY). Late in Sadr’s trial, those prosecutors discovered they had failed to turn over a key piece of evidence to the defense. Rather than acknowledge the mistake, they chose to try to slip the document into a mass of other documents and then lied when the cover-up was revealed.

Presiding Judge Alison Nathan earlier this year criticized the U.S. Attorney’s Office for trying to “bury” the evidence and described “systemic issues related to suppression and disclosure in the case.” Thanks to a vigilant defense team and an attentive judge, this misconduct was exposed, and Sadr’s guilty verdict was set aside. But many victims of prosecutorial misconduct aren’t so lucky.

On the other side of the country in the Central District of California, Imaad Zuberi was charged with obstruction of justice due, in part, to the alleged deletion of messages while under investigation. However, Zuberi’s defense recently claimed in public filings that the prosecutor knew those deletions had actually been made and ordered by the U.S. government itself.

A new motion Zuberi filed this month states “an agency of the United States deleted electronic communications potentially relevant to the government’s investigation” and “directed Zuberi to delete other emails.” According to The Wall Street Journal, the “agency” in question may be the Central Intelligence Agency, which Zuberi assisted for more than a decade.

Zuberi agreed to plead guilty to several charges, which usually results in a lighter sentence. But the prosecutor nonetheless argued the deleted messages warranted 12 years in prison, more than twice the recommendation in the official pre-sentence report. The U.S. Attorney’s Office also failed to disclose to Zuberi that at the same time that it was recommending such a severe sentence for him, it was choosing to not even prosecute others for similar crimes.

Zuberi will begin his 12-year sentence this month unless the Court of Appeals or the Justice Department scrutinizes the prosecutors’ evidentiary misconduct and their knowledge about the CIA’s role in directing the deletion of emails for which Zuberi is now being punished.

The notion of taking responsibility for someone else’s actions – especially if that someone is the United States government — may seem unbelievable, but federal prosecutors can apply unbearable pressure to get an American to admit guilt.

A 2019 Pew Research Center study estimated 90 percent of federal criminal defendants plead guilty rather than going to trial. But many of those defendants aren’t guilty of anything more than succumbing to pressure. In 2019, a senior CATO institute researcher used data from the Innocence Project and the National Registry of Exonerations to conclude that “innocent people are routinely coerced into pleading guilty to crimes they did not commit.”

Prosecutorial abuse like this is a long-standing problem that is getting worse. A 2010 USA Today investigation found hundreds of cases in which “Justice Department prosecutors — the nation’s most elite and powerful law enforcement officials — themselves violated laws or ethics rules.” Five years later, former Ninth Circuit Court Chief Judge Alex Kozinski wrote of “disturbing indications that a non-trivial number of prosecutors—and sometimes entire prosecutorial offices— engage in misconduct that seriously undermines the fairness of criminal trials.”

The only real checks on the nearly unbridled power of U.S. attorneys are federal courts and the Justice Department, which new Attorney General Merrick Garland has said will be committed to “ensuring the civil rights and the civil liberties of our people.” There is no greater threat to those civil liberties than out-of-control federal prosecutors, and Garland needs to move swiftly to establish a culture of accountability and professional responsibility to rein them in. 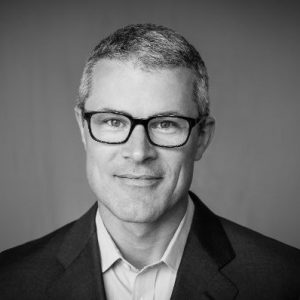 John Littrell is a partner at Bienert Katzman Littrell Williams in Los Angeles. He previously served as Deputy Federal Public Defender and chief of the L.A. Trial Unit in the Central District of California. He wrote this for InsideSources.com.
All Posts »