Biden objects to raising gas tax to pay for infrastructure 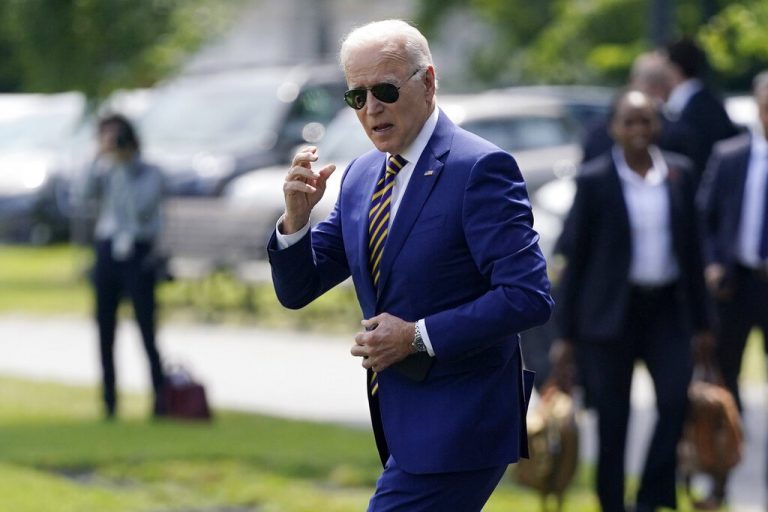 The White House made clear Friday that President Joe Biden was opposed to letting the federal gasoline tax rise at the rate of inflation to help pay for an infrastructure package that a bipartisan group of 21 senators is trying to craft.

The gas tax increase was part of an early package that called for $579 billion in new spending on roads, bridges, rail and public transit. It’s unclear if it will make the final cut and the White House seems intent on making sure it doesn’t.

“The President has been clear throughout these negotiations: He is adamantly opposed to raising taxes on people making less than $400,000 a year,” White House spokesman Andrew Bates said. “After the extraordinarily hard times that ordinary Americans endured in 2020 — job losses, shrinking incomes, squeezed budgets — he is simply not going to allow Congress to raise taxes on those who suffered the most.”

The federal gas tax stands at 18.4 cents a gallon and has not increased since 1993. It helps pay for highways and mass transit programs around the country. Congress has traditionally relied on the user-pay principle to pay for road and bridge work, but is increasingly relying on general funds to accomplish that task. Lawmakers from both parties are wary of attack ads accusing them of supporting a hike in gas prices.

Oregon Sen. Ron Wyden, the Democratic chairman of the Senate Finance Committee, said that indexing the gas tax to inflation was a nonstarter for him.

The White House is expecting to hear from the senators crafting the infrastructure package on Monday. It is scaled back from Biden’s proposal, but Democrats are preparing to move other parts of Biden’s agenda in separate legislation that they could pass using a tool that requires only a simple majority for approval.

The bipartisan plan offers about $579 billion in new spending, including $110 billion on roads and highways, $66 billion on passenger and freight rail and $48 billion on public transit. An additional $47 billion would go toward efforts to fight climate change and there is money for electric vehicle charging stations.

Senate Majority Leader Chuck Schumer, D-N.Y., described the infrastructure bill being negotiated a good start, but most Democrats don’t believe it does enough on climate or on the amount of revenue raises, and doesn’t address priorities like paid family leave. So they will proceed on two tracks that include a reconciliation package going beyond what’s in the infrastructure bill.