‘An unexplored world right beneath our feet:’ NAU cave ecologist on the importance of caves in discussions on conservation 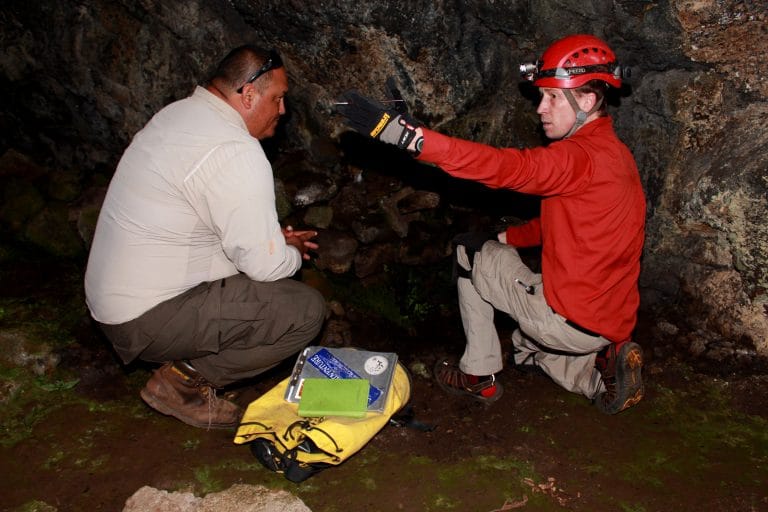 More than two-thirds of the Earth’s surface is covered in water.

All that water you can see, though, does little to keep the human denizens of the planet hydrated. Most of the world’s population relies on groundwater, which is 95 percent of the world’s available water (not frozen, not saline), to survive. That means all of us should be critically concerned about the world’s karst.

For most of us, that concern has to start with learning what karst is. Enter the International Year of Caves and Karst (IYCK), a yearlong awareness campaign for the geologic features that store so much of the planet’s freshwater.

“Karst is just a fancy geologic word for limestone,” said Jut Wynne, an assistant research professor in the Department of Biological Sciences at Northern Arizona University and director of the Cave Ecology Lab. His conservation-centered research focuses on animals that live in caves, their habitat requirements and the impacts of human activity on these ecosystems.

“Caves support a panoply of bizarre-looking animals adapted to life in complete darkness,” he said. “There are only a few parts of the world where cave biodiversity has been reasonably well-characterized. In most cases, these animals and the communities they interact with remain to be discovered and studied.”

A significant portion of groundwater is housed in karst aquifers, which exist throughout the world—including the Grand Canyon, which is home to many karst springs. Caves themselves are home to diverse ecosystems, including bats, which are an oft-underappreciated but vital part of many of the world’s environments. They are key pollinators for many tropical plant species and consume more bugs than most of us want to know exist, and the caves where they live can also be the canary in the coal mine, so to speak, about pending ecological impacts.

“The potential for sensitive cave species to be used as biological indicators of ecological health is something researchers are only now just starting to examine,” he said. “This could prove quite important to human health in the long term regarding both water and soil quality. So, what happens below ground is quite important to what occurs on the surface, and vice versa.”

Still not sure about bats? Meet the local bat populations—and the NAU researchers who love them.

The purpose of the International Year of Caves and Karst is to increase outreach, awareness and activity of the importance of protecting these natural resources—an aim that has far-reaching goals. Wynne is a co-author on two recent publications that expand the way people think about caves: the need to include cave and karst protection in global climate change conversations and the importance of exploring caves on other planetary bodies—in particular, Mars and the moon.

Wynne is a co-author on an article in Nature Climate Change that highlighted the importance of including subterranean ecosystems in international climate change and conservation agreements. Scientists know these ecosystems are important for a variety of reasons, but because so much of the subterranean biome remains unstudied, we don’t know what we don’t know about these systems. Protecting these ecosystems needs to be a part of global environmental agendas.

“The omission of subterranean ecosystems from global biodiversity and climate change agendas marginalizes their ecological and economic importance,” the authors wrote. “From a biodiversity point of view, these systems harbor a great diversity of specialized organisms that are of interest from both a conservation and evolutionary perspective.”

Caves don’t just mean life on Earth. Wynne is co-author of a paper published in Nature Astronomy examining the importance of planetary caves—both what they could teach humanity about the potential for life beyond Earth and the protection they could provide to explorers when that time comes.

Back on Earth, Wynne’s research has spanned the globe, with projects on Rapa Nui, Spain, Belize, China and Wupatki National Monument (although all were put on hold or adapted because of the pandemic). The project in Wupatki, a Native American archaeological site just outside of Flagstaff, involves studying cave-dwelling arthropods and bats; Wynne and a graduate student will resume that work after monsoon season later this year. His work on Rapa Nui (known to most as Easter Island) is moving into an ethnohistory project, and Wynne and his Belizean colleagues just received a grant for trail cameras that will help them study how jaguars and Morelet’s crocodiles use caves within Runaway Creek Nature Reserve.

Because of the importance of the local ecosystem on caves and karst and vice versa, Wynne has made community action and educational outreach an important part of his work. With community action, it’s hard to know how well that’s working sometimes, but he and his colleagues routinely make recommendations to local communities on how to best manage and protect caves.

“For educational outreach, oftentimes the returns have been more immediate,” he said. “This has ranged from receiving feedback from teachers like ‘that student never speaks in class and he wouldn’t stop asking you questions’ to instructors telling me that one of their students was inspired to pursue a science or engineering degree after one of my talks. This has occurred a few times now, and it’s the most rewarding aspect of what I do.” 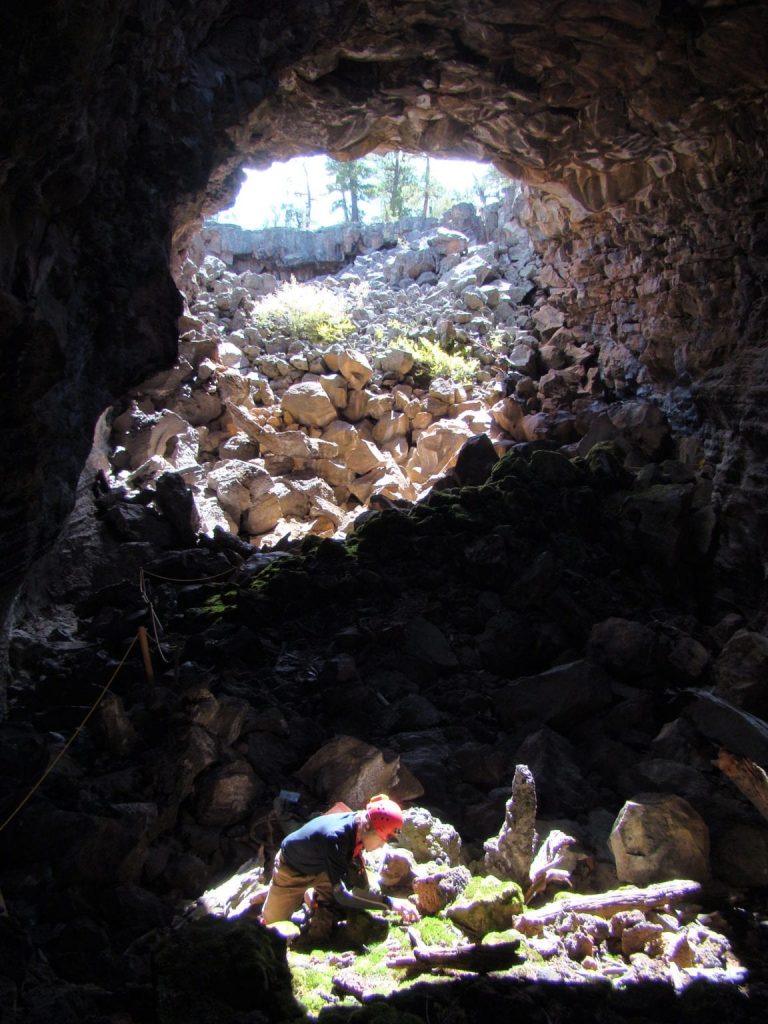 He also gives both undergraduate and graduate students research experience in his lab, encouraging them to ask their own research questions, which has led to two publications with undergraduate students as the lead authors: “Notes on the arthropod fauna of Salas y Gómez island, Chile,” with lead author Samantha Hershauer, an alumna of biology who is now working on a Ph.D. at UC-Santa Cruz, and “Robotic Exploration Potential of Martian Caves,” with Michelle Kearney, a senior in the Department of Astronomy and Planetary Science, as lead author. Wynne wants as many people as possible studying and helping to protect caves and the species that call them home.

Wynne also authored an article about Belize’s Maya Forest Corridor, published in May by Mongabay. 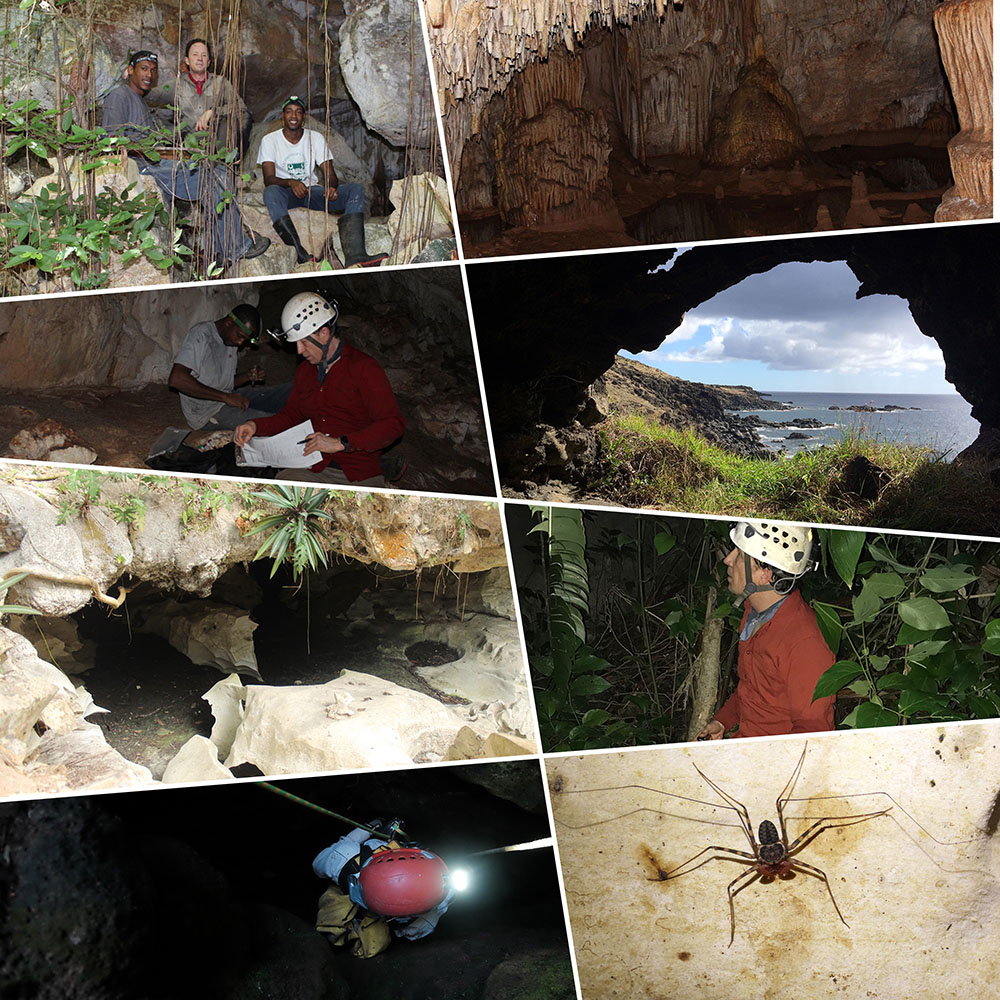