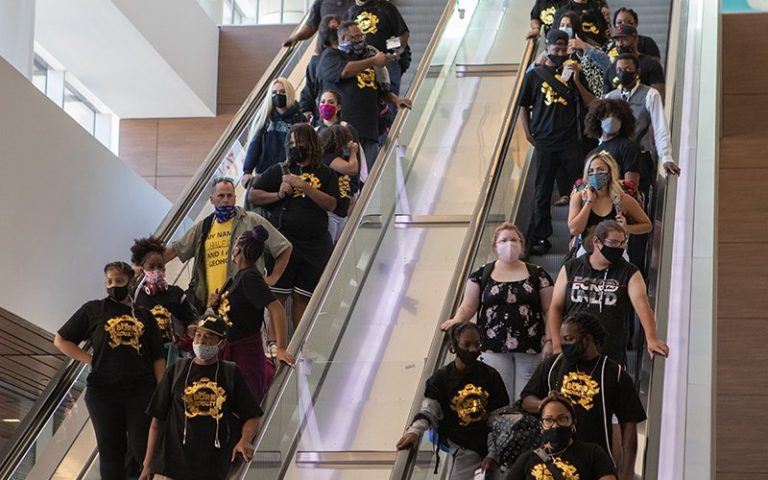 Phoenix Sky Harbor International Airport is filling up with more travelers this year, with more than 4.8 million passengers boarding flights there in the past four months alone, according to a report published on the airport’s website.

Due to the low volume of travelers at the height of the pandemic, getting through security and the preboarding process was quick and easy. But today, the process is a bit more difficult, according to Patricia Mancha, a media Transportation Security Administration spokesperson.

“During the pandemic, if anyone traveled they saw no lines. It was a quick process. That’s not the case anymore,” Mancha said.

The COVID-19 pandemic hit American travelers hard in 2020 and early 2021. In addition to lockdowns and people’s health concerns over travel, government-issued bans on travel to countries such as Iran, China, the United Kingdom, Brazil, South Africa and most recently, India.

According to Sky Harbor officials, 2020 had a total of around 21 million travelers, compared to the more than 40 million who traveled through the airport in every other year in the decade.

For many people traveling through Sky Harbor, it is their first time going through the security process since the pandemic began. Mancha said many travelers have forgotten what the security and pre-boarding rules consist of, such as prohibited items in carry-on baggage.

“The most often used excuse that we get from people when we find a prohibited item is, ‘I didn’t know it was in my bag,’ or, ‘It’s my spouse’s bag,’ and, ‘I didn’t know this item was in there,’” Mancha said.

Mancha said that any item found that can be used as a makeshift weapon, including children’s toy weapons, can be confiscated.

“Some of the things we see like a replica of a gun that is actually a lighter, or a toy gun, are all prohibited simply because they look like guns,” Mancha said. “We have a full range of items, such as a stun gun disguised as a flashlight, which we have seen a lot of lately, pepper spray and switchblades – all of which is allowed in your checked baggage, just not your carry on.”

Prohibited items are not the only rules travelers have to keep in mind when entering Sky Harbor.

Despite no statewide mask mandate in Arizona, the federal government requires masks on “planes, buses, trains and other forms of transportation” and in “airports and stations.” Sky Harbor requires travelers to wear face coverings at all times.

“The federal mandate requires masks which cover both the mouth and nose for passengers, visitors, and employees in the airport terminals, on commercial flights, on airport buses, on board the PHX Sky Train, and in the Rental Car Center,” Shelbrack said.

The TSA has compiled a list of items that are allowed and prohibited in both carryon or checked baggage on its website.

“Arrive early, have a plan, and understand exactly what items you are wearing or bringing when going through the security checkpoint, to avoid a secondary inspection,” Mancha said. “If you’re traveling with family or multiple people, make sure everyone does the same thing.”