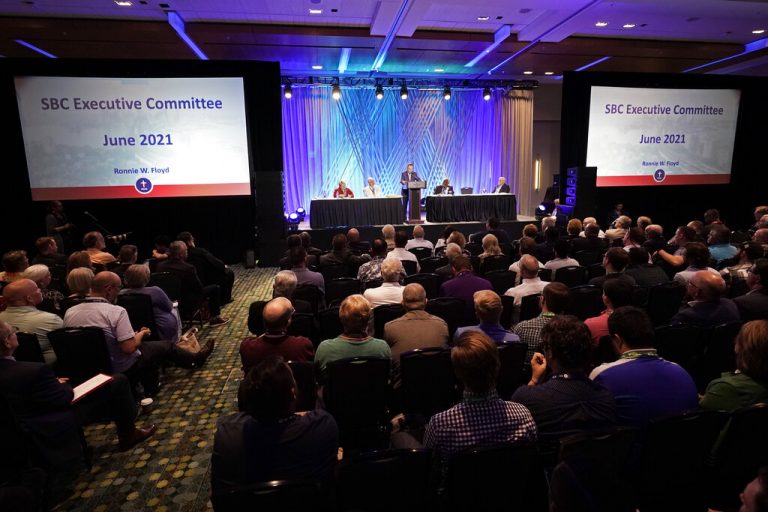 The Southern Baptist Convention’s Executive Committee on Monday quashed a push for an independent committee to lead a probe of its handling of sex abuse cases, but the proposal is almost certain to resurface when the nation’s largest denomination holds its biggest and most contentious annual meeting in decades.

The push for accountability came after leaked letters accused current and former Executive Committee officials of slow-walking efforts to address sexual abuse and trying to intimidate those who advocated for change.

Amid calls for a third-party investigation, Executive Committee president Ronnie Floyd announced Friday that the panel had retained a firm to conduct it. But some pastors demanded an independent task force, saying they don’t trust the committee to oversee an investigation of itself.

The committee voted down a proposal for such a task force that was presented Monday by member Jared Wellman during a meeting of the governing body. Wellman also was seeking to expand the scope of the probe to all paid, appointed and elected leaders, past or present.

Speaking against the motion, member Jim Gregory said Floyd’s original proposal is comprehensive enough. Otherwise, he said, “This will never end. Monetarily, where does it end?”

Still, the issue is likely to come up again Tuesday at the meeting in Nashville, which more than 17,000 voting delegates are pre-registered to attend.

“It is hard to imagine that a body of believers of the Lord Jesus would vote to limit in any way an investigation to find the truth when there are serious allegations related to sexual abuse,” Southeastern Baptist Theological Seminary president Danny Akin tweeted after Monday’s committee meeting. “Praying our Convention charts the right course tomorrow.”

The Executive Committee takes care of SBC business between annual meetings, but during the gatherings themselves it is voting delegates from the denomination’s churches that are in charge. Several people have promised to make motions similar to the one rejected by the committee, and a group of abuse survivors released a joint statement in support of the effort.

Also looming over the meeting is an effort by a group of ultraconservatives to wrest control of the denomination, calling some of its leaders too liberal on issues such as race and the role of women in ministry. Formed last year, the Conservative Baptist Network is backing one of it own as a candidate for SBC president at this year’s meeting: Mike Stone, a white pastor from Georgia.

At least one prominent black pastor has announced that he will leave the denomination if Stone is elected. Several other black pastors have already left the SBC over what they said was racial insensitivity from the denomination’s overwhelmingly white leadership.

Stone is also the immediate past chairman of the Executive Committee, where he worked to place other members of the Conservative Baptist Network in key leadership positions on his way out the door. On Monday current chairman Rolland Slade, a black pastor from California, pushed back and was able to elect his own candidate to lead a commission on strategic planning.

Floyd alluded to the infighting and controversy surrounding this year’s meeting in his address to the Executive Committee.

“We do have challenges in many areas that have led to confusion and division among some of our SBC family,” he said. “It really grieves me. At the same time, I have to realize that it’s expected in a community of our size and breadth.”

Despite claiming 14 million members, the denomination has been shrinking for the past 14 years. Some see the need to appeal to non-white pastors and congregations as a matter of survival. The number of Black, Latino and Asian American congregations has been increasing despite the overall decline, and they now make up about 22% of congregations, Floyd said.

Kelly Miller Smith Jr., a black pastor who spent 25 years at SBC churches and now leads a Baptist church not affiliated with the denomination, said some in leadership want black churches but don’t want to make room for other cultures.

“They really want to make black and brown churches accommodate to their way of thinking,” he said.

Associated Press religion coverage receives support from the Lilly Endowment through The Conversation U.S. The AP is solely responsible for this content.