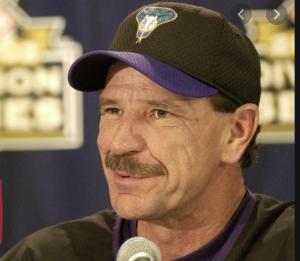 A comment by Diamondbacks announcer Bob Brenly that made light of a player’s durag drew cries of racist undertones and cultural insensitivity.

Brenly made light of the hair covering worn by New York Mets pitcher Marcus Stroman Tuesday during a Bally Sport Arizona broadcast, saying, “Pretty sure that’s the same durag that Tom Seaver used to wear when he pitched for the Mets.”

“People in the media are people, and if people aren’t examining their own biases and prejudices, then they play out in the workplace,” said Neal A. Lester, a professor at Arizona State who specializes in African American literature and culture studies.

Brenly’s sarcasm suggested that Stroman was a sharp contrast to the clean-cut Seaver and made light of a garment that has deep cultural significance, including in the 19th century when female slaves wrapped their hair in a similar garment during hard labor.

In the 1970s, durags were frequently used to maintain hairstyles and as a wave generator for short-styled haircuts. It was not just a close-fitting cap with long ties that men used but something women also chose to keep their braided hairstyles neat when going to sleep.

In the 1990s, it became a symbol of inner-city black culture. From former NBA player Allen Iverson to hip hop artists such as 50 Cent, the durag became a cultural symbol of pride, ownership of something that was once attached to a dark history.

Although Brenly suggested the comment was a joke, it was not received well by many.

Brenly issued an apology Wednesday before the start of the Mets-Diamondbacks game.

“During last night’s game, I made a poor attempt at humor that was insensitive and wrong. I apologize to Marcus Stroman and have reached out directly to share those thoughts.

“I have had several conversations with the D-backs and we agree that seeking sensitivity training is an important step so that I can continue to learn from my mistakes to be better in the future.”

Before Brenly released his apology, Howie Rose, a play-by-play voice of the Mets, tweeted that he “would love to see 26 Mets players with du-rags under their caps walk out behind home plate and tip their caps to the D-Backs TV booth showing their solidarity.”

It’s important for people to have conversations with others that don’t look like them to address some of the subtle biases in society, Lester said.

For some, the head clothing may be perceived as “thuggish,” and those views may not change until there’s an intentional effort to understand others’ differences, he said.

“If we had people in our inner circle with whom we were close enough to ask these questions, we would likely not step into piles of poop and then not know what to do,” Lester said. “We all will make mistakes in the process of living and understanding differences.

“Race is always present in one shape form or fashion. Even when the game itself has nothing to do with one’s talent or performance, race is always there.”