Opinion – Americans’ Trust in Media Is Broken; Here’s How to Fix It 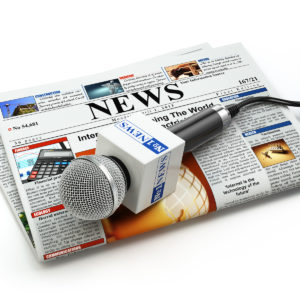 Americans’ trust in the national news media is low and getting worse. Mainstream journalism has lost the respect of much of the public, though soul-searching and changes by the industry could reverse this trend.

A new study by Media Insight Project funded by The Associated Press and the University of Chicago found bedrock journalism values are respected less by much of the general public than other competing moral values. For example, the study reported that “people who put more emphasis on authority and loyalty tend to be more skeptical about fundamental journalism principles.” A mere 11 percent of Americans fully support all five of the journalism values tested. The study advises journalists to rethink how they frame their content to better resonate with broader audiences.

This new study doesn’t surprise conservatives like me at all. A Gallup public opinion survey of Americans’ trust in institutions released near the start of the COVID-19 pandemic found eight of the nine institutions studied received a majority positive ratings — led by U.S. hospitals, with 88 percent approval. The media ranked dead last, and only the media received more negative than positive marks.

Tracking the nosedive in the media’s reputation, Gallup’s editor in chief Mohamed Younis told me that Gallup polling in the time of President Richard Nixon’s impeachment showed 70 percent of Americans had confidence in the honesty of the media, yet today, only 40 percent of Americans say the same. Gallup has tracked a general decline in trust, but the drop is most pronounced among Republicans. When we spoke, Younis said 41 percent of independents approve of the media’s work during the COVID-19 crisis, compared to 68 percent of Democrats but just 16 percent of Republicans.

That means the term “fake news” is a much broader concept for most Americans than just misreporting facts — it has to do with newsrooms’ value judgments about what to publish and air. Conservatives often feel as though the media refuses to give full context and equal representation of conservative people and ideas — this is what many people mean when they say “fake news”.

In 2020, Monmouth also found that 76 percent of Republicans believed social media giants — which give millions of dollars to news outlets to create content and are widely responsible for spreading news media stories — could be held liable for bias in handling user content. The study found that then-President Donald Trump’s executive order to examine how social media sites could be held liable for bias was supported by 46 percent of independents and just 16 percent of Democrats. This vast discrepancy in how Republicans vs. Democrats view social media bias suggests news organizations should think carefully about how their partnerships with tech firms lead some audiences to feel they are being treated unfairly.

Part of the media’s value gaps can be explained by data from Pew Research, which in 2004 surveyed more than 500 reporters and editors. It found 34 percent of those in the national media identified themselves as liberal, but only 7 percent conservative. This contrasted with the 20 percent of the general public who described themselves as liberal and 33 percent as conservative. A 2014 survey by Indiana University found that only 7.1 percent of journalists called themselves Republicans, but 28.1 percent self-identified as Democrats. Are most journalists aware of this lopsided worldview among their ranks?

Part of journalists’ blind spots could stem from what another Pew study found: Americans from the Midwest and South — which generally have more conservative social mores — are severely underrepresented in online journalism. Pew’s analysis of U.S. Census Bureau data found workers from the South make up 37 percent of all American workers but just 21 percent of internet news publishing and broadcasting workers. And Midwestern workers comprise 22 percent of the American workforce overall but just 10 percent of online journalists.

Beyond the digital newsroom, more broadly speaking, one in five U.S. newsroom employees live in New York, Los Angeles, or Washington, D.C., yet those three cities are home to only 13 percent of all U.S. workers, according to Pew.

Progressives in the media these days speak of “equity” and “inclusion,” but the question is whether they’ll include better ideological diversity in their work moving forward. America’s national unity depends upon it.

Carrie Sheffield is a visiting fellow at the Independent Women’s Forum. She wrote this for InisdeSources.
All Posts »