Opinion – Rediscovering America: What Do You Know About Our Tax System? 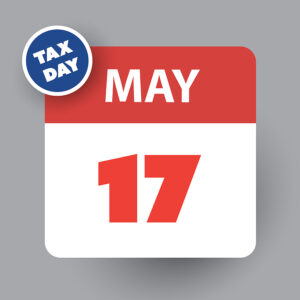 “Tax Day,” the filing deadline for individual federal tax returns, is normally April 15. But it was extended this year to May 17.

The quiz below, from the Ashbrook Center at Ashland University in Ohio, provides an opportunity for you to test your knowledge of the history and background of the U.S. tax system.

1. Which of the following gives the federal government the authority to levy a tax on incomes?

A. Article I, Section 8 of the Constitution

B. the 16th Amendment to the Constitution

2. In 1794, George Washington became the only sitting president to lead troops in the field when he marched against Pennsylvanians protesting a tax on what?

3. Amid the controversy over the Stamp Act, which famous American said, “Taxation without representation is tyranny”?

A. Samuel Adams of Massachusetts

B. John Dickinson of Pennsylvania

4. The first income tax in U.S. history was passed by Congress during which conflict?

5. What was the highest marginal tax rate in the history of the federal income tax, levied at the end of World War II?

6. Which president was responsible for the largest cut to the top marginal income tax rate, lowering it from 73% to 25%?

B. Lyndon B. Johnson

7. Revenue from the federal income tax accounts for approximately what percentage of total federal government revenue?

8. Approximately what percentage of American citizens — mostly young people and older and retired people — pays no income tax at all?

9. In fiscal year 2019, individual taxpayers paid more than $1.7 trillion in income taxes, according to the Treasury Department. Approximately how much did they pay in fiscal 1999, just 20 years earlier?

10. The IRS’ Form 1040 has been in existence, with periodic revisions, since what year?

Robert Wyllie is director of the Political Economy Program at the Ashbrook Center at Ashland University, Ashland, Ohio, where he is an assistant professor of political science. He wrote this for InsideSources.com.
All Posts »