Opinion: This Tax Day, Lower Rates and Simplify the Code 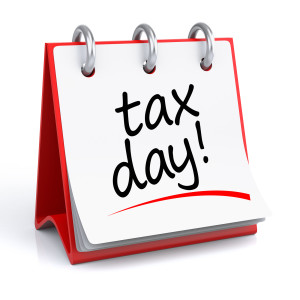 Even though April 15 has come and gone, Tax Day is finally here. And now, more than three years after the passage of the Tax Cuts and Jobs Act, the vast majority of Americans continue to reap the economic benefits of tax reform. Estimates suggest 90 percent of taxpayers got a break on their taxes. Reduced business tax rates resulted in increased hiring, higher wages, lower prices, and businesses relocating back to the U.S.

However, not all the news is good for the estimated 150 million taxpayers across the country. A recent report suggests preparation and filing costs remain stubbornly high despite the simplification of the tax code and ease and generosity of the standard deduction. And high debt and reckless tax hike proposals threaten to drown taxpayers in an avalanche of liabilities. Lawmakers should reject these failed policies and commit to the increased simplification of the tax code.

According to a recently released analysis by the American Action Forum (AAF), the tax code remains far too complicated for millions of taxpayers. While the number of hours spent filling out Internal Revenue Service (IRS) paperwork has decreased by roughly 25 percent since 2017, this has not corresponded to a decrease in compliance costs. In fact, compliance costs have actually increased since 2017, creeping up from $170 billion to more than $190 billion over the past four years. That total amounts to more than $1,200 per taxpayer, which households pay both directly and indirectly via higher prices and lower wages when the costs fall on businesses.

Taxpayers might reasonably wonder why decreased filing times have not corresponded to cost savings. AAF policy analysts Dan Bosch and Gordon Gray explain that, “not all paperwork hours are equal in terms of costs. For example, the Annual Return/Report for Employee Benefit Plans costs $152.24 per hour while the BITR [Business Income Tax Return] costs $40.81. Americans spend fewer than 1 million hours on the former, however, while the latter accounts for more than 1 billion hours.” The high compliance costs associated with the former is particularly alarming given that these expenses inevitably increase the cost of labor and lead to less hiring and lower wages for struggling employees. In other words, the tax code is the most onerous precisely where it creates the most harm.

And, if the Biden administration successfully pushes through just some of their many counterproductive policy proposals, taxpayers may be in for even more pain. President Joe Biden has proposed raising the capital gains tax (effectively adding a second “death tax”), hiking the top income tax rate to 39.6 percent from the current 37 percent and raising the corporate tax rate from 21 percent to “25 to 28 percent.” The rhetoric behind these plans is all-too-familiar. The president and his congressional allies argue that these tax increases only impact the upper echelon of American society and serve to benefit everyone else.

Yet, the U.S. economy is more than a stratified, static structure envisioned by proponents of tax hikes. Siphoning money out of the economy means fewer real resources available for companies to grow their operations and invest in their workforces.  This will happen to the detriment of everyone regardless of income status. Hiking corporate taxes would be particularly harmful since these taxes are routinely passed along to consumers in the form of higher prices and workers in the form of fewer, lower-paid opportunities. A study by the Tax Foundation estimates that raising the corporate tax rate to 28 percent would destroy 187,000 jobs and axe wages by nearly 1 percent. This is hardly a recipe for post-pandemic prosperity and only serves to deepen the hole the U.S. is trying to dig itself out of.

The Biden administration and Congress can make the tax system friendlier for families and entrepreneurs by holding off on tax hikes and simplifying the code. For example, making it easier to report employee benefits would make it easier to hire and retain qualified workers while reducing the cost of goods and services across the economy.

Next Tax Day can be far merrier than this Tax Day, but only if policymakers get on board with sweeping reforms. 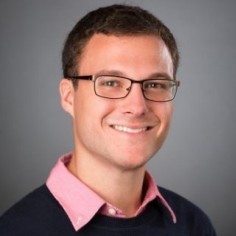 Ross Marchand is a senior fellow at the Taxpayers Protection Alliance. He wrote this for InsideSources.com.
All Posts »

PrevPrevious‘It was an open country’: Gadsden resident reflects on life along the border
NextTussock Fire Update – May 16th, 2021Next