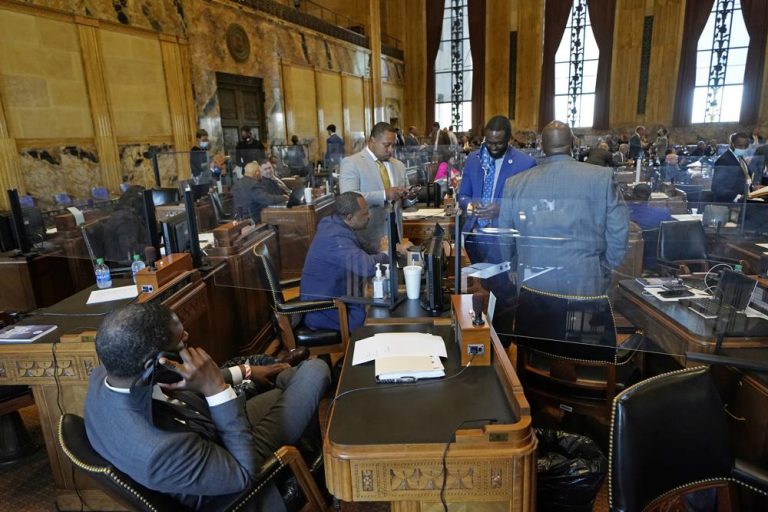 A distinct racial tension is threading through many Louisiana House debates this legislative session, becoming a more prominent undercurrent in the chamber on issues ranging from education and voting to crime and policing.

Emotional, angry and awkward debates between black lawmakers and conservative white lawmakers in the House have emerged repeatedly, seeming only to intensify as the nine-week session continues.

Race isn’t always openly discussed, but is clearly the point of divide in several disputes.

“I feel like this is a special session on race relations,” said Houma Rep. Tanner Magee, the House’s second-ranking Republican.

Baton Rouge Rep. Ted James, the Democrat who chairs the Legislative Black Caucus, said of the strains in the chamber: “I don’t know where it’s coming from, but it’s obviously an undercurrent.”

Measures that sailed through the Senate with ease have gotten bogged down in race-related House disagreements. Conservative House Republicans have introduced proposals that black lawmakers call discriminatory. Several bills ratcheting up tensions stem from national debates.

The sharpest racial disagreement emerged in late April over a bill proposed by House Education Chairman Ray Garofalo aimed at blocking the teaching of critical race theory, which examines the ways in which race and racism have influenced politics, culture, government systems and laws.

The bill would prohibit teaching in public schools or colleges that the United States or Louisiana is “systematically racist or sexist,” and bar giving students or employees information that “promotes divisive concepts.”

Garofalo, a St. Bernard Parish Republican, hasn’t tried to move his proposal out of committee, but he held a contentious, hours long hearing on it, in which he said critical race theory “fuels hate.” The Black Caucus called for Garofalo’s ouster as chairman, and Garofalo doubled down on his position.

Republican House Speaker Clay Schexnayder has held private meetings with James, Garofalo and other black lawmakers — but he’s kept Garofalo in his chairmanship and has largely dodged public discussions of the feud.

Meanwhile, Republican Rep. Valarie Hodges of Denham Springs retriggered tensions when she tried to amend a bill to prohibit Louisiana’s education board from approving content standards or recommending instructional materials that “provide that a particular sex, race, ethnicity or national origin is inherently superior or inferior to another.”

The amendment failed, but black lawmakers on the education committee bristled at the return to another debate over teaching race in classrooms.

In a House labor committee hearing, Shreveport Democratic Rep. Tammy Phelps, who is black, found herself trying to explain to white female colleagues the different reactions that hair styling chemicals produce for black and white women. She was trying to persuade them to back a bill banning workplace discrimination against black people who choose to wear their hair naturally.

Several conservative House Republicans said they didn’t understand the need for the proposal, questioned if the discrimination was real and suggested it was a burdensome regulation for business. The measure emerged from the committee with some GOP support, but only after a lengthy hearing for a bill that breezed through the Senate with little discussion.

Conservative white Republicans and black Democrats again were on opposite sides of House debate over a measure to limit police officers’ wide immunity from civil lawsuits, which narrowly won House passage.

Some white Republicans argued the proposal would discourage police recruitment and paint all police officers as committing misconduct. Black lawmakers said they felt colleagues either didn’t understand the problem of racial bias in policing — or were ignoring it.

Racial divides have appeared in disputes over river pilot regulations, proposals to change voting rules and an effort to abolish involuntary servitude as criminal punishment in Louisiana.

James said some of his white colleagues don’t seem to understand how Louisiana’s history of racism continues to permeate policy and others “really just don’t even care.”

“The more uncomfortable conversations we have, I think people will learn from this,” he said.

Magee’s hopeful, too, that continued conversations — and friendships in the chamber — can help defuse the tension.

“There are so many people on both sides of this issue who are really good and want to make things better,” he said. “I think if you have enough of those people, you can make things right.”

EDITOR’S NOTE: Melinda Deslatte has covered Louisiana politics for The Associated Press since 2000. Follow her at http://twitter.com/melindadeslatte.