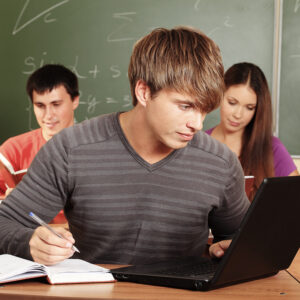 Besides the COVID-related battle over reopening public schools, no other education topic has fomented greater concern among parents than the indoctrination going on in the nation’s classrooms. There are strategies, however, to combat this trend.

From critical race theory, which divides the world into race-based oppressors and oppressed, to anti-capitalism lectures, children in America’s schools are being force-fed one-sided ideological instruction. The increasingly widely used The New York Times’ 1619 curriculum, which incorrectly claimed that America was founded to protect slavery, and new mandates such as California’s controversial ethnic studies curriculum, which one teacher says teaches students “that the privileges they have are all based on race that makes them dominant or oppressors over other people,” are just a couple of prominent examples.

In response to this classroom revolution, a new movement is employing various strategies to counter school indoctrination.

One strategy employed in some state capitols is simply to ban woke teaching and curricula.

In Idaho, Gov, Brad Little recently signed a first-in-the-nation law preventing public schools from compelling students to, among other things, affirm “that individuals, by virtue of sex, race, ethnicity, color, or national origin, are inherently responsible for actions committed in the past by other members of the same sex, race, ethnicity, religion, color, or national origin.”

For example, in Fairfax County, Virginia, parents formed Parents Defending Education to combat critical race theory in the schools. According to parent and former Wall Street Journal reporter Asra Nomani, who helped found PDE, the organization was started “so we could file [Freedom of Information Act] request like the one I sent Fairfax County Public Schools, revealing the complicity of the principal, teachers, and staff in creating the ideological lesson that our students got.”

Alternatives to these controversial curricula are also being produced.

Civil rights pioneer Robert Woodson and his Woodson Center have created an organization called 1776 Unites that offers a school curriculum highlighting “what is best in our national character and what our freedom makes possible even in the most difficult circumstances.”

Another strategy has been to file lawsuits against classroom indoctrination. According to Real Clear Investigations, “About a dozen lawsuits and administrative complaints have been filed since 2018, with another wave planned this summer,” with the goal to “win court judgments to slow down the spread of [critical race theory] in K-12 schools, government agencies, and other organizations.”

These various strategies, however, have limitations. Anti-indoctrination legislation faces long odds in blue state legislatures; it is not always easy for parents to organize; many school boards are not interested in alternative, balanced curricula; and it is difficult to predict the outcome of legal cases.

The best answer to political indoctrination in regular public schools is to ensure school choice for all parents and their children. Recently, West Virginia enacted an expansive choice law that enables parents who withdraw their children from public schools to use a state-funded scholarship for a long list of expenses such as tutoring and private schooling.

Sadly, the likelihood of many states enacting wide-ranging school choice laws is small, which is why the ultimate option for parents to control their children’s education is homeschooling.

As Lindsey Burke and Jonathan Butcher of the Heritage Foundation point out, “One of the most important tools in combatting Critical Theory in the classroom is giving families control of where, and what, their children learn.” Importantly, they note, “every state allows parents to homeschool their children.”

The bottom line, says homeschooling expert Kerry McDonald, is that as states “push their educational institutions toward a more progressive ideology, rooted in critical theory, parents who disapprove of this ideology should have the choice and opportunity to exit in favor of other options.” She could not be more right. 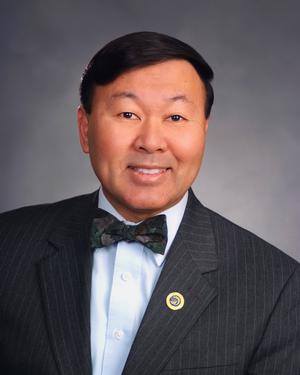 Lance Izumi is senior director of the Center for Education at the Pacific Research Institute and former president of the Board of Governors of the California Community Colleges. He wrote this for InsideSources.com
All Posts »

PrevPreviousFilipinos make up 30% of COVID-19 deaths among nurses in U.S., study says
NextBest Horticulture Company to Work for in the Country is at WattersNext