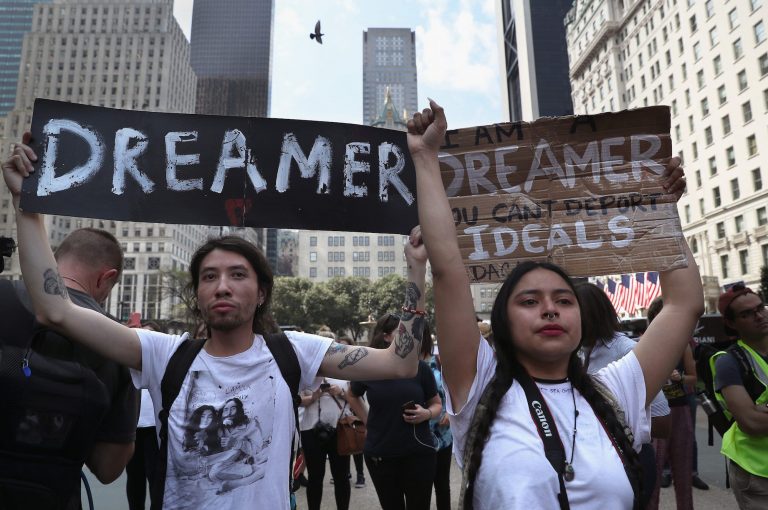 Gilbert resident Jose Patiño remembers the moment he knew he wanted to work in Congress: It was 2018 and he had just spent months in Washington lobbying to preserve the Deferred Action for Childhood Arrivals program.

“That’s where I saw how impactful it was to have people there,” Patiño said. “While I was not directly being employed, but just having those conversations, building those relationships.”

But he also knew that it was a dream that, for him, is “just not possible.”

That’s because Patiño, the director of education and external affairs for the immigration advocacy group Aliento, is an undocumented resident of the U.S. As such, he is prohibited under a little-known law – specifically section 704 of Title VII of Division E of the federal budget – from holding a federal job, which includes paid internships and jobs on Capitol Hill.

That doesn’t make sense to Rep. Ann Kirkpatrick, D-Tucson, who has tried for years to change the law.

“These students are wonderful people, they are bright, they are intelligent, they want to make a contribution to the American dream and they deserve that right,” she said.

Kirkpatrick is the lead sponsor of the American Dream Employment Act, which says simply that Dreamers like Patiño should be treated the same as U.S. citizens when it comes to a job in Congress. The bill would apply to Deferred Action for Childhood Arrival recipients as well as people here on Temporary Protected Status and those with Deferred Enforced Departure orders. A similar bill has been introduced in the Senate.

The bill had 55 co-sponsors as of mid-April. They include Rep. Greg Stanton, D-Phoenix, who was shocked when he came to Washington in 2018 and ran into what he calls “mean-spirited rules” that prevented him from hiring his campaign’s political director to work for his congressional office.

Stanton said Ellie Pérez-Pawloski “was one of my best team members and I would have loved to make her a part of my team here” – but she was also a DACA recipient. Stanton said telling her he could not hire her was not an easy conversation.

“Heartbreaking is probably the best way to describe it,” he said. “Someone who has poured out her time, talent, her heart and soul into your campaign, she would have been a huge asset to the people of congressional District 9 because of her unique talent, passion and experience.”

But hiring undocumented immigrants to work in Congress would be sending the wrong message, said Ira Mehlman, media director for the Federation for American Immigration Reform, which advocates for stricter immigration laws.

“It just seems kind of odd that you would be putting somebody who is in a position where they would benefit from violating the law, also in a position of having some input, even in a minor way, into creating laws that would excuse the fact that they are in the country illegally,” he said of DACA recipients.

“It says to the American public that we don’t care about these laws and it also sends a wider message to people around the world who are contemplating coming to the United States illegally, that if you do it, it’s no big deal and we’ll acknowledge it and make it worth your while,” Mehlman said.

But Patiño said it is because of their experience that DACA recipients – who were children when they were brought to this country and may know no other home – can contribute to the debate and help move the issue forward.

He thinks it is the “people who have been impacted by a specific issue, whether it be immigration, education, climate justice,” who would be able to work across the aisle and make change happen.

That argument is echoed by Stanton.

“I think it is a real loss that members of Congress can’t have the benefit of having DACA recipients or people who would benefit from the Dream Act to work on Capitol Hill,” he said. “What unique life experiences that those individuals have.”

Mehlman cited a common argument from immigration critics – immigrants could deny a job to a U.S. citizen, he said, and that applies to paid internships, too.

“Congressional internships are highly sought after,” Mehlman said. “It does mean in a zero-sum game that some other worthy student or, you know, recent grad is not going to get that opportunity, even though they are not violating any laws.”

But Kirkpatrick thinks Dreamers deserve the right to contribute. And Stanton emphasized the importance of having the House and Senate look like the people they represent.

“Diversity is our strength in Arizona and it’s important that we have a professional staff that looks like Arizona, looks like the diversity of Arizona and the unique experience of coming from an immigrant family,” he said. “What an amazing life experience and life lessons and the resiliency that goes along with that.”

Kirkpatrick said she has proposed a bill every year to change the ban on hiring undocumented immigrants, and is surprised it still has not passed.

“I have to say I am surprised,” she said recently. “It is one of the main reasons I ran for the legislature in Arizona and then for Congress, I thought we would get this done.”

While this is not her first attempt at changing the law, it will be her last: Kirkpatrick announced in March that she will not run for re-election in 2022. But she is hopeful for this year’s version, and vowed to “continue to fight until it gets done.”

That would be welcomed by Patiño, who still dreams of working for an Arizona senator, although his goal has changed a little over the years.

“For me, it was always Sen. John McCain when he was alive, he’s always been, at least growing up, just having the voice on immigration,” Patiño said of his original plan.

Today, he hopes to make a difference by working in the office of Arizona Sens. Kyrsten Sinema or Mark Kelly, which is why he is pulling for Kirkpatrick’s bill to pass.

“It would allow people to feel and be a part of the country, contributing more,” he said.