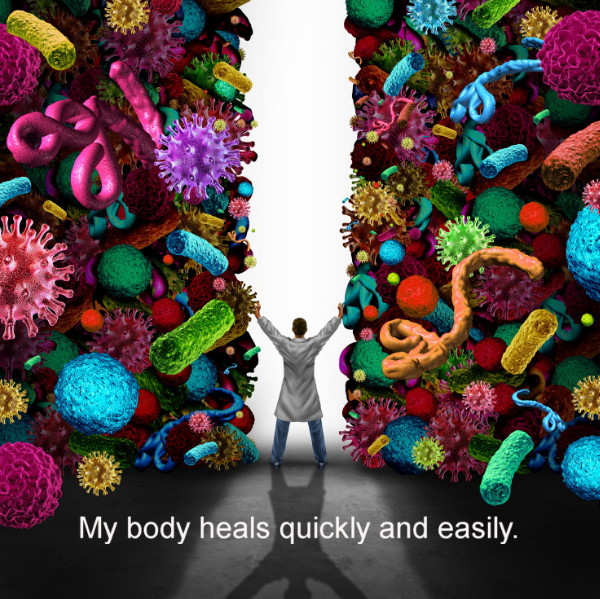 Movies have been the topic of discussion in my past few articles. Hypnosis encourages one’s imagination to create symbols and movies in our mind to effect powerful changes in our lives. Last time we looked at how Charles Garfield learned the art of mental rehearsal to improve his performance in weight lifting. The great Yogi Berra said, “Baseball is 90% mental and 10% physical.” Most professional and Olympic athletes use some kind of mental training because of the connection between the mind and the body. It’s only natural they would use these same tools to overcome injuries.

Some of the greatest athletes I have come to know are people who are challenged with physical disease and illness. Their ability to overcome and cope with these challenges has a great deal to do with how they mentally and emotionally react to their physical condition. Medical hypnotherapists help their clients to see and feel their bodies cooperating with, and bending into surgical procedures and therapies.

Cancer patients respond beautifully to hypnosis. I have witnessed one patient reduce 15 inoperable cancerous tumors in the liver down to 5 within a month. Their physician was ecstatic and said, “he had never seen such a thing in all of his experience as a physician.” The really beautiful thing is, the last I heard, this person was still living 5 years later which is very rare with liver cancer.

We prep cancer patients for their surgery and their chemotherapy. They see their surgery and chemotherapy treatments, and the physicians and hospital staff administrating these, as being there to help them instead of being fearful of the processes. All the while their body responds in a very positive way with less side effects. Many times they require less chemotherapy than initially thought would be necessary. This helps them be actively involved in working with their body during recovery. Hypnosis also helps them with pain management, anxiety, and a positive attitude toward healing. It’s a win win for the patients and the physicians.

I have seen patients reduce their surgery time to half while recovering much faster than expected. In fact we have to warn them to follow their physicians advice during the healing process because they feel so good they may push their body beyond what they should.

The use of pictures and movies plays a big part in this process. Caroline Myss,  the author of “Why People Don’t Heal and How They Can,” “Anatomy Of The Spirit,” and many more, tells a great story of a young boy the age of 12 who had a brain tumor. In his imagination he would play Star Wars with his tumor. He would pretend he was in his fighter ship and blast his tumor over and over. One day he came to his mother and said, ”It’s gone!” She replied, “What’s gone?” He says, “The tumor. I just obliterated it.” To his mother’s surprise the next week when he went to be tested the tumor was gone. Some may call it a miracle; or he was simply using his mind and imagination to heal his body.

Remember, hypnosis uses suggestion to activate your imagination with mind movies to help you influence behaviors that support healing on all levels of your being.

Until next time, keep your mind positive and have a great day!