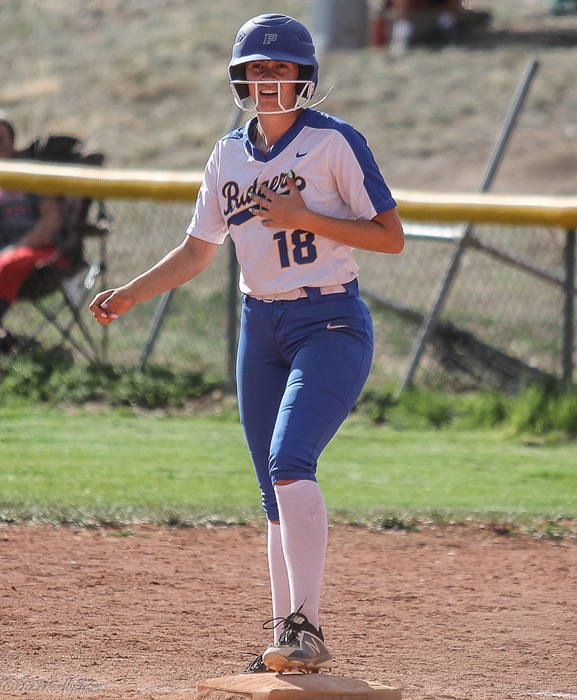 Prescott suffered their second consecutive loss Saturday morning, only this time it was a season ending loss with a first round playoff setback to the visiting Poston Butte Broncos 12-2.

The Broncos showed up from the San Tan Valley with a purpose and it showed from the very beginning.

Jumping on Freshman starter Eliza Legge, the Broncos took a 3-0 after one inning. The score increased to 4-0, and to 6-0 before Prescott could even score. Kennedy Carr singled in a pair of runs and that was it for the home team. Poston Butte added three more in the six and seventh for the ten run win.

Badger coach Randall Bryan said, “That is a very good team we played today. They came out and jumped on us and we just could not get any momentum. I think overall it was our lack of experience that hurt us. We could just not get the middle of their lineup out, and you have to be able to shut them down to give yourself a chance. When you dig a six run hole in the playoffs, that is very tough to try and overcome. The girls will learn from this and will be better for it next year. I am excited about our future with all the young talent we have coming back.”

Division 4A Playoff Scores- First Round

Division 3A Playoff Scores- First Round

The Prescott Badgers season ended with a first round road loss to Gilbert Christian.