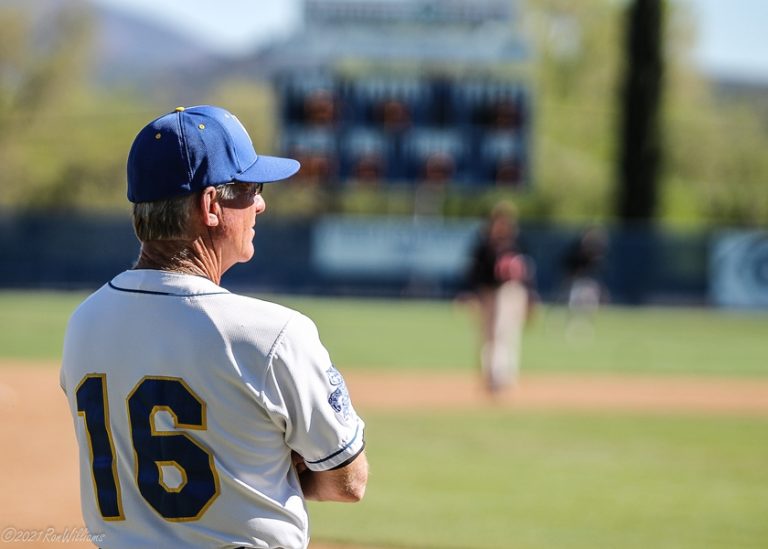 In a completely different game from yesterday, pitching was supreme for both squads, but it was Mingus that prevailed in an old-fashioned pitchers duel 1-0.

“You don’t see a lot of teams lose and pitch a no-hitter,” said Badger coach Kent Winslow. “We had some opportunities, had runners on base, but just could not get that one hit to score.”

Coach Winslow said, “We just couldn’t put it all together this season. The kids put in the time and effort but the errors killed us in a lot of games and you can’t just give runs away like that and get many wins.”

The Badgers had six hits, two by seniors Elvis Hauptman and Hunter Hays. Tucker Koning and Hays each had a double in their final games in Badger blue. Tyson Potts led the team, in his junior year, with 3 home runs 19 RBIs, and a solid .436 batting average. He also pitched 41 innings, striking out 40, and an ERA of 3.41

Winslow said, “I have really enjoyed the last 42 plus years of coaching baseball. The good Lord has blessed me in so many ways. I could not have done it without the support of my wife, who was supportive of me all those years. She retired a couple of years ago, and my son recently graduated from ASU, and I told her when he did, I would hang it up.”

When asked about his coaching record, Winslow added, “I don’t really know what my record is, but I know that I won more than I lost.” Including a 2002 state championship at Prescott High School, that proudly hangs under the scoreboard in right field. “ I plan on staying around Prescott, and will attend some games, but it won’t be baseball. There is a new coach (Barry Tolli). He will bring new energy, and should do very well here.”

The momentum did not last into Cottonwood, as the Badgers lost a battle with the Mingus Marauders 4-1.

Mingus was up 2-0 before the Badgers scored in their half of the fourth. Makayla Reyes knocked in Dana Seavey with a sacrifice. The only two Badgers to get hits were Ruby Tessman and RJ Parra.

The Marauders Alexis Ayersaman helped herself with two hits and two RBIs. Mallorie Copeland also had two hits and an RBI.

The Badgers (15-3) will face Poston Butte (12-2) in the first round of the Division 4 State Playoffs, on Saturday at 10:05 am. Yes, that is correct, 10:05 am. Sports Information Director Seth Polansky said, “We have traditionally started games between 10-10:30 on the first Saturday of the postseason due to the weather. Cooler in the morning. The schools have been very receptive to this for the last few years.”

All games played Saturday at 10:05 am unless indicated

Prescott, ranked #14, improves to (6-4) in the 4A West Valley Region and (8-6) overall. The Badgers will wait to see their playoff fate in a couple of days.