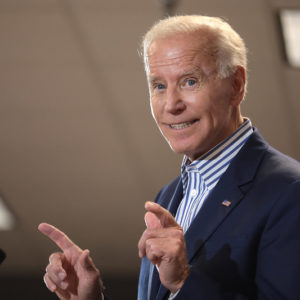 When President Joe Biden hit the 100-day mark recently, Americans were anything but excited about the “unity” of recent months. If anything, Americans are excited that we are 100 days closer to the end of the Biden presidency—one marked by bitter partisanship and reckless negligence.

First, let’s start with “unity,” a Biden buzzword on Inauguration Day. After urging Republicans to embrace his mandate, Biden has refused to reach across the aisle while moving forward with more than 60 executive actions, including 40 executive orders—a modern-day record. On his first day in office, Biden overturned President Trump’s “Remain in Mexico” policy, which required asylum-seekers to apply before entering the United States. This single change essentially created America’s border crisis, the worst in two decades.

Some Biden actions targeted the life of the unborn, religious freedom, and traditional families, while others focused on gender identity and transgender military service. The Biden administration was also quick to rejoin the Paris Agreement, which remains legally non-binding for the world’s leading polluters, such as China and India.

Then there’s gun control, which Biden is weaponizing to bring more legal cases against firearms dealers and manufacturers while expanding federal oversight of concealed assault-style firearms. Re-framing the right to bear arms as a “gun violence public health epidemic,” the Biden administration is treading all over the Second Amendment, which remains overwhelmingly popular among American citizens who believe in freedom and liberty.

Promising unity, Biden has instead made it a mission to undermine the U.S. Constitution, our nation’s most formative document. Equally “unifying” is the Biden administration’s openness to packing the Supreme Court with liberal judges, in an attempt to offset the conservative majority currently in place.

Riddle me this: How do we come together as Americans when our president governs like a left-wing Democrat?

It’s no wonder that the Democratic president faces one of the lowest job approval ratings since the 1940s. Barely one-third of Americans approve of Biden’s work on the border crisis. It doesn’t help that, after Biden designated her in charge of the U.S.-Mexico border, Vice President Kamala Harris has gone weeks without even visiting the southern border. Nor does it help that, instead of focusing on law enforcement, the White House is handing out copies of Vice President Harris’ 2019 book, “Superheroes are Everywhere,” to illegal immigrants.

Can you imagine if Trump rewarded illegal immigrants with “The Art of the Deal”? CNN would run wall-to-wall coverage for weeks, with the occasional break for Trump’s inconsiderate scoops of ice cream. (That’s not a joke.)

Alas, Biden continues to get a free pass from the liberal media. News outlets like CNN now praise the president for turning America into a “global leader” on COVID-19, even though it was Trump’s Operation Warp Speed that guaranteed the mass vaccination available to Americans today. The Biden administration inherited vaccine development and a recovering economy, yet the CNN types only credit their Democratic allies for the good fortune. Activist-journalists are perfectly fine with Democrats telling Americans to “trust the science,” yet preaching about mask-wearing and social distancing even after vaccination. If Dr. Anthony Fauci and the Democrats who embolden him would have their way, the pandemic would drag on indefinitely.

Here’s the bottom line: From false promises and executive orders to COVID-19 paranoia, Biden’s first 100 days have been disastrous. They have been catastrophic, which was to be expected. Even worse, the Biden presidency has been un-American, with Democrats failing to secure our borders yet again.

Americans deserve much, much better. What we deserve is one Biden term, a red wave in 2022, and a drastic change of leadership in 2024. 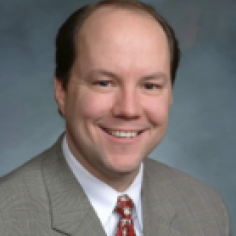 Ted Harvey is chairman of the Committee to Defeat the President. He wrote this for InsideSources.com
All Posts »