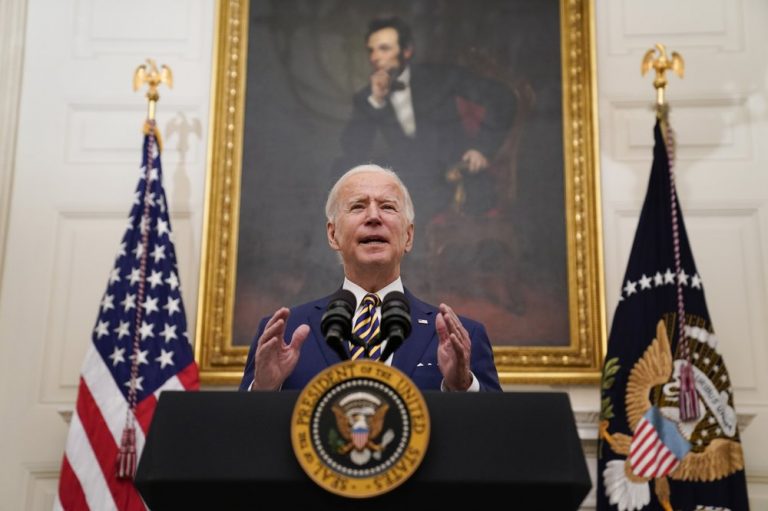 After repeatedly claiming President Donald Trump wasn’t doing enough to combat COVID-19, President Biden took office and quickly admitted, “there’s nothing we can do to change the trajectory of the pandemic in the next several months.”

It only took a few short months after Biden claimed to respect the Second Amendment on the campaign trail for him to ask the attorney general to find ways he could circumvent Congress and tighten restrictions on privately-owned firearms through executive fiat.

After denouncing Trump’s immigration policy, Biden promised no deportations in the first 100 days of his presidency. He has since deported hundreds of people and opened a detention center for children apprehended at the U.S.-Mexico border. He may also restart construction on the border wall Trump began, in an effort—as Biden put it—to “fill in some gaps.”

And it doesn’t stop there. While families struggled through the pandemic shutdowns, Biden promised to deliver economic relief. He told Georgia voters that voting Democrat would “put an end to the block in Washington of the $2,000 stimulus checks that will go out the door immediately.” In the end, only some got $1,400—and sometimes less—at the end of March. For those keeping score at home, that is less money, that went out to fewer people, that took longer than the president promised to get there.

Of course, this is nothing new for Joe Biden. He’s flip-flopped on nearly every political topic you can name during his 36-year tenure in the Senate and eight years in the Obama White House—crime, foreign policy, immigration, energy, abortion, guns, and more.

Biden defended the deportation of illegal immigrants until it became politically expedient to offer a pathway to citizenship for nearly 11 million undocumented people. During the Obama years, he partook in the biggest increase in oil production in American history. He then canceled the Keystone Pipeline on the first day of his presidency and banned new fracking on federal lands.

In 1983, Biden called court-packing “a bonehead idea.” Since taking office, he has created a 36-member commission to study potential changes that would allow for adding seats to the U.S. Supreme Court and ending lifetime appointments.

Before he promised to tackle the problem of mass incarceration, Biden wrote the 1994 Violent Crime Control and Law Enforcement Act, which made federal prison sentences unduly harmful to Black and Brown communities throughout the United States. He even wrote legislation that would create sentencing disparity between crack and powder cocaine.

And when it comes to social issues, Biden’s hypocrisy knows no bounds. Biden voted for the Defense of Marriage Act in 1996 before publicly supporting same-sex marriage in 2012.

In 1974, he told a reporter, “when it comes to issues like abortion … I’m about as liberal as your grandmother.” In 1981, he voted for a constitutional amendment allowing states to overturn Roe v. Wade, and then voted against it the following year. To confuse matters further, he repeatedly voted for the Hyde Amendment to ban federal spending on abortion. Now, his administration is “committed to codifying Roe v. Wade and appointing judges who respect foundational precedents like Roe.” Go figure.

Joe Biden is no different when it comes to defense. In 1993, then-Senator Biden voted for “Don’t Ask, Don’t Tell” before he called to repeal it. In 2002, he voted for the war in Iraq before throwing himself (and America’s veterans) under the bus in 2019 by describing his vote as “bad judgment” on the campaign trail.

Why do those on the left continue to believe their captain won’t abandon ship as soon as a political adviser (I’m looking at you, Madam Vice President) tells him it’s on fire?

Joe Biden is not the leader of the Democratic Party, he’s the windsock of the party. When the prevailing political winds shift, he adjusts his sails to catch them—regardless of where it may take his crew. Despite promising swing voters that he would govern as a moderate, Joe Biden has been pandering to the Left since 1973. He is governing as a radical and should be treated accordingly.

Stefani Buhajla is the communications director at the Foundation for Government Accountability. She wrote this for InsideSources.com.
All Posts »