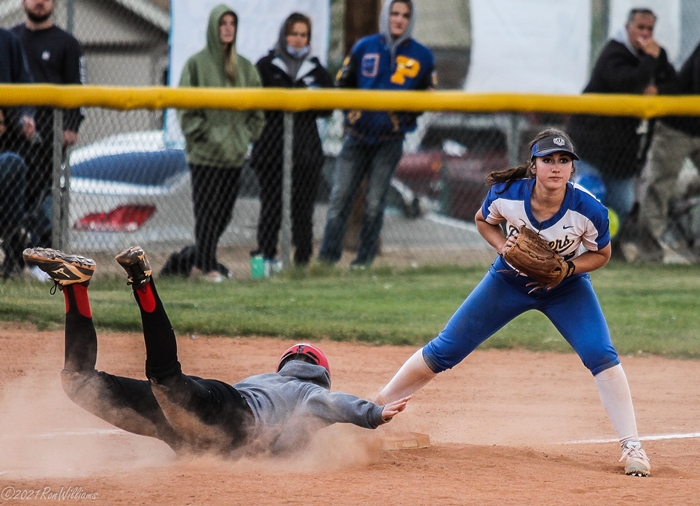 Photo: 22 Leigha Walker doubles off a Volunteer trying to get back to third base, in the second inning of the Badgers win over Lee Williams.

Leigha Walker had a double and five RBIs in the Prescott Badgers 16-1 thrashing of the Lee Williams Volunteers, on a cool and rainy afternoon at Prescott High School.

Makayla Reyes took care of business by tossing a solid four innings, allowing just three hits, an unearned run, and three strikeouts. Dana Seavey came in to strike out the side in the fifth to end the game.

The Volunteers were prone to errors all afternoon, making eight in total, which gave the Badgers seven unearned runs.

The two Badger wins were by the top two singles players, #1 Ava Andrews and #2 Ava Strasser. Prescott ends the season at (9-5).

Andrews beat Elizabeth Echols 6-1, 6-0, and Strasser beat Sienna Buttafuoco 6-2, 6-2. Both ladies will be going to state for individuals this weekend.

Prescott falls to (5-3) in the 4A West Valley Region, and  (6-4) overall. The Badgers travel tomorrow to face Notre Dame Prep in Scottsdale, at 4:30pm.

The game at Lee Williams yesterday was cancelled due to a lot of rain in Kingman. The Badgers will play a doubleheader today at Prescott High School. The first game will start at noon. The second game is scheduled to start at 2 pm.

Two Badgers will play at in the state individual tournament this weekend. Leyton Fetty and Owen Thomas, both sophomores were the top two players for Prescott this year. Fetty and Owens doubles record this season is (8-3).