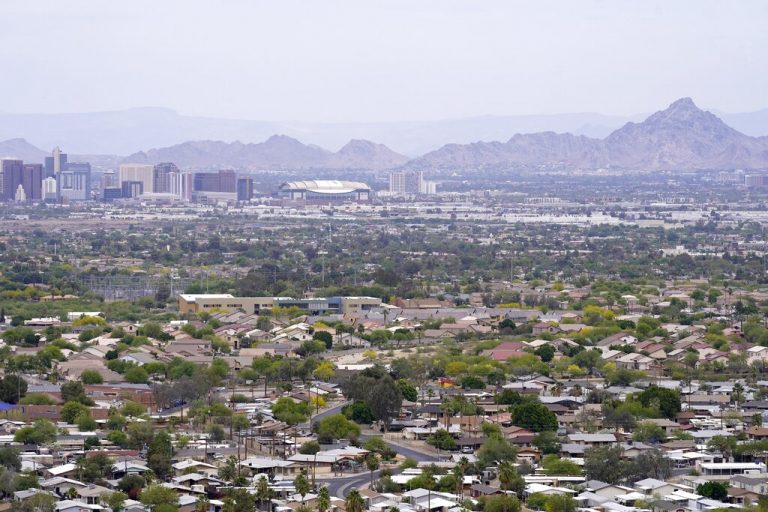 According to the new census, the booming Sun Belt isn’t booming quite like the experts thought.

Population counts released Monday came as a shock to many demographers and politicians who expected to see growth that could add numerous congressional seats to a region that’s apparently been gaining people rapidly all decade. Instead, the census found more modest growth that added only three seats total in Florida and Texas. Arizona, the second-fastest growing state in 2010, didn’t add a seat at all.

The questions that advocacy groups and officials are now asking are whether all the new subdivisions and shopping centers are a mirage; whether those states erred in not investing more in encouraging residents to fill out census forms — and whether Latinos in particular were reluctant to trust the Trump administration with their information.

Many demographers caution it’s too early to conclude that the nation’s once-a-decade count missed any specific population groups. That won’t be known until more local data is released later this year and the Census Bureau has completed an independent survey measuring the accuracy of the 2020 head count.

But one thing is indisputable — when compared to the most recent population estimates, the three Sun Belt states underperformed during the count used for determining how many congressional seats and Electoral College votes each state gets. Texas got two extra seats instead of three; Florida added only a single new seat instead of two, and Arizona failed to gain the seat it was expecting to add.

All three states are led by Republican governors who devoted less resources than other states to encouraging participation in the 2020 census. And in all three states, Hispanics have accounted for about half of the population growth over the decade, according to American Community Survey data.

In Arizona, activists blamed Gov. Doug Ducey for supporting the Trump administration’s failed effort to add a citizenship question to the 2020 census questionnaire. Those efforts intimidated Latinos and kept them from fully participating in the census, they said.

“What we saw from the government, Ducey and the Trump administration, was intimidation from Day 1 on the census,” said Eduardo Sainz, national field director for Mi Familia Vota, a political advocacy group. “Because of this narrative of fear, and this narrative of not funding, we lost that seat.”

The Ducey administration released a statement from the state demographer saying that more data is needed to determine why the count fell short of estimates of Arizona’s growth.

During outreach efforts to get people to fill out their census forms, Hispanic residents would ask Adonias Arevalo about Trump’s push on citizenship. Arevalo, state director for Poder Latinx in Phoenix, said, “Despite the fact that we said a citizenship question will not be present, folks didn’t trust the Trump administration.”

He said Arizona’s undercount is partly the legacy of Republican leaders, including former Sheriff Joe Arpaio, and anti-immigration laws.

“For years, people have distrusted the system,” Arevalo said. “People fear to participate in these processes due to years of criminalization.”

Arizona, Florida and Texas were laggards compared to other states in efforts to form statewide committees aimed at driving census participation. Arizona only named members to its committee in August 2019, and Florida set one up in January 2020, just weeks before the national head count began in a rural Alaska village. Texas never even set up a statewide committee, which some census activists attributed to Texas lawmakers not wanting to take a stand on the citizenship question by promoting the census.

Democrats slammed the GOP for those moves.

“From the very beginning, we knew our state was particularly at risk of undercounting our neighbors,” State Rep. Chris Turner, the Texas House’s Democratic Caucus Chair, said in a statement. “A concerted, organized outreach effort is essential to ensuring maximum participation in the census and getting the most accurate count,” he added in an interview.

But state demographer Lloyd Potter in an interview contended there’s little evidence that massive state spending increases census accuracy. Instead, he said, Texas has a lot of the types of people who routinely get undercounted — rural citizens and African-Americans and Latinos.

“Those are factors for all states and may have been more of a factor for Texas,” Potter said. “We have a lot of rural areas in Texas, we have a very significant and growing Latino population.”

Texas Republicans released a statement after the census count that said: “Representation in Texas must be based upon citizenship, and strategically we can ascertain why the left wants to flood Texas with thousands of illegals.”

In Florida, a spokeswoman for Gov. Ron DeSantis didn’t respond to an email inquiry.

Paul Mitchell, a redistricting expert in California, a state that spent $187 million on census outreach, said there was a clear pattern in the numbers. States that funded major census-participation campaigns did well, while Republican-led ones, who viewed efforts like that as criticisms of then-President Donald Trump, did not, he said.

“Texas, Florida, Arizona, they didn’t do big outreach efforts to improve the count,” Mitchell said. “In Texas, particularly, it was anathema to say anything in the Legislature that could be seen as critical of Trump.”

Mitchell said the dynamic with Latinos seems clear given the populations of the underperforming states. He noted that some states that did comparatively better, like his own California, promised to protect their immigrants while low-spending GOP ones did not.

“It does just kind of stare you in the face,” Mitchell said of the pattern.

The actual population count from the 2020 census for Arizona was 3.3% short of what previous population estimates had shown. Florida and Texas were short by 0.7% and 0.5%, respectively.

On the flipside, the population counts in two states that had been expected to lose seats, Alabama and Rhode Island, exceeded their estimates by 2% or more.

During this census cycle, Rhode Island for the first time devoted $1.5 million in public and private money on census outreach efforts. That, along with the fact that Rhode Island hosted the only test run of the census in 2018, helped keep the head count in the public eye, said John Marion, executive director of Common Cause Rhode Island.

“There was this constant drumbeat that we could lose our second seat,” Marion said.

If New York had counted 89 more residents, and all other states stayed the same, the state would have kept its seat. New York Gov. Andrew Cuomo on Tuesday said the state was exploring its legal options.

“Because when you’re talking about 89, that could be a minor mistake in counting,” Cuomo said.

The narrow margins by which New York narrowly lost a seat, Alabama and Rhode Island hung onto theirs and the three Sun Belt states underperformed have aroused suspicions that something “doesn’t seem quite right,” said Arturo Vargas, CEO of NALEO Educational Fund, a Hispanic advocacy group.

“I smell smoke,” Vargas said. “We will have to wait a few months to see what kind of fire there is.”