Opinion: Curb overpopulation to fight climate change and save nature 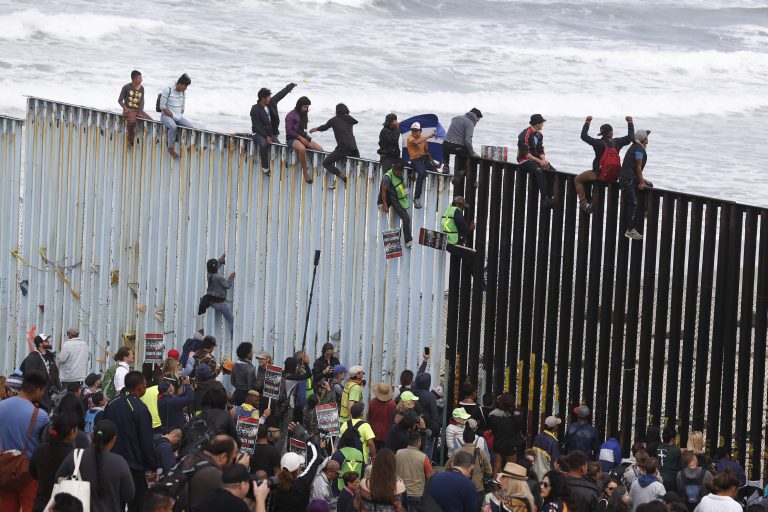 Arizona’s CO2 emissions keep rising — despite environmentalists’ best efforts to shrink the state’s carbon footprint. Total emissions rose 4.5 percent in 2018, according to the most recent available data from the federal Energy Information Administration.

The problem isn’t a lack of individual resolve. Arizonans are eating less beef, using more clean energy, and choosing to have smaller families. Americans in general have slashed their per capita carbon footprints 15 percent since 1990, thanks to such environmentally conscious decisions.

Yet total U.S. carbon emissions have increased over that same period. That’s because the U.S. population has soared 24 percent in the past three decades, from 250 million in 1990 to about 330 million today. Arizona’s population grew from 3.7 million people to 7.3 million, basically doubling in size.

Simply put, there are more of us energy consumers and carbon emitters than ever before — and as a result, unsurprisingly, our collective emissions keep rising. If current trends continue, 447 million people will call the United States home by 2060 — 117 million more than today — with several million of them projected to live in Arizona. They’ll continue pumping more and more greenhouse gases into the atmosphere, where they trap heat and accelerate climate change.

Unless we and other countries stabilize our populations, we’ll never halt climate change. And since international migration — not natural reproduction — drives most U.S. growth, the only realistic way to stabilize America’s population is to humanely reduce future immigration levels.

The United States admits more than 1 million immigrants each year — quadruple the number it brought in throughout much of the 20th century. In Arizona, immigration has been the single largest factor driving population growth. It accounted for 44 percent of the state’s population growth since 2000; the rest of the increase stemmed from native-born citizens moving from other states and from births outpacing deaths.

These foreigners often adopt the energy and carbon intensive American lifestyle. Indeed, that’s why many move here in the first place — to increase their standard of living. Think multiple gas-guzzling cars, single-family houses in the suburbs, and beef-heavy diets. When individuals from developing countries move here, their carbon footprints typically quadruple.

While on average, immigrants emit somewhat less carbon per capita than native-born Americans, they still account for at least 637 million metric tons of U.S. carbon dioxide emissions annually. If they had remained in their countries of origin, they’d generate only 155 million metric tons.

In other words, our immigration policies cause an extra 482 million metric tons of annual global carbon emissions. That’s like adding 104 million passenger vehicles to the roads each year.

Explosive population growth doesn’t just make it impossible to combat climate change — it lays waste to open spaces too. Since 1982 alone, developers have bulldozed more than 44 million acres of wetlands, woodlands, farmlands, and other natural habitats in the United States. That’s an area larger than Florida.

In Arizona alone, we’ve lost 1.1 million acres since 1982 — an area more than triple the size of Phoenix — to development. How will the state prevent endless sprawl, especially in the Phoenix metro area, when faced with perpetual population growth?

We don’t have to accept this environmental degradation.

But even well-planned development is still development. Ultimately, stabilizing the U.S. population is the only way to truly reduce our aggregate carbon emissions and habitat destruction.

Legislation such as the Raise Act would let immigrants sponsor their spouses and minor children — but not their extended, still-overseas family members — for green cards. The bill would humanely trim migration by 50 percent, without harming any of our immigrant friends and neighbors who are already here.

Unfortunately, President Biden has proposed an immigration plan that’d double today’s legal immigration numbers. It would also extend amnesty to 11 million undocumented immigrants and drastically increase the number of family-sponsored visas. In total, this proposal is expected to increase our population by 37 million permanent legal residents over the coming decade alone. It would put us on an unsustainable trajectory toward 500 to 600 million Americans by century’s end.

There is an inherent tradeoff between economic growth and environmental sustainability — and if we want to fight climate change, we must acknowledge this reality. We needn’t feel guilty about humanely limiting immigration to protect our environment and quality of life.

9 thoughts on “Opinion: Curb overpopulation to fight climate change and save nature”