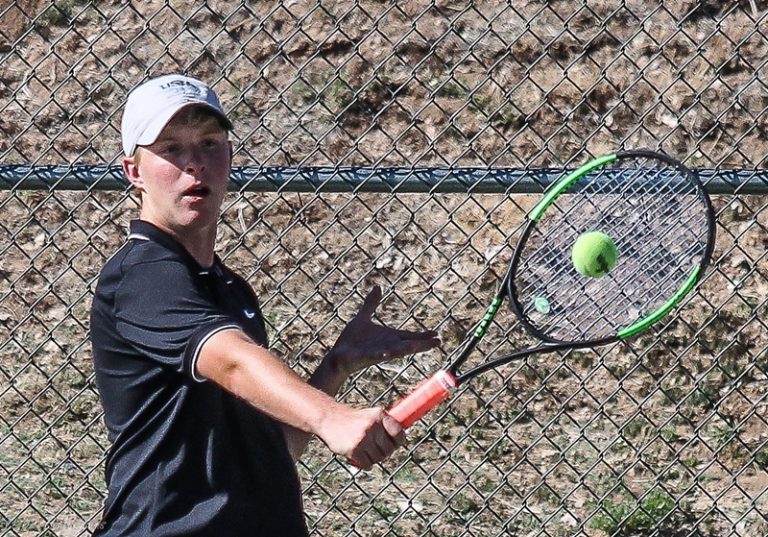 After losing their first two games of the season, the Prescott Badgers got back in the win column, with a 13-5 win at Bradshaw Mountain, Tuesday afternoon.

Bradshaw Mountain took a 1-0 in the bottom of the first, when leadoff batter Brianna Baca was hit by a pitch, and scored on an RBI single by Kadence Williams.

The Badgers evened the score in the second when RJ Parra doubled and scored on a double by Sophia Fanchin. Prescott took the lead in the third on a leadoff home run by Dana Seavey.

The Bears took a 4-3 lead in the fifth inning, on a pair of doubles by Williams and Kyla McDermott, followed by an RBI single by Grace Roberts.

Prescott came out in the top of the sixth getting the first four batters on, scoring the tying run on a walk. An RBI double by Olivia Fanchin put the Badgers on top 7-5.

The seventh saw the visitors get six more runs, that included back to back home runs by Makayla Reyes and Leigha Walker. Three straight singles and a big bases clearing double by Ava Hlavacek  sealed the win.

The Badgers snapped a two game losing streak to improve to (5-2) in the Grand Canyon Region, and  (11-2) overall. Bradshaw Mountain falls to (4-5) in the GCR and (7-6) overall. The two teams will meet again today in Prescott at 3 pm.

Sky Yarbrough, who had an RBI triple, picked up the win tossing all five innings, allowing no earned runs and just three hits, striking out seven and walking two. Elvis Hauptman took the loss, allowing six earned runs on ten hits, no walks and four strikeouts.

The Bears struck first and often as they lead 2-0 after one inning, 4-0 in the second before the Badgers got their only run when Scooter Schwartz doubled and scored on an error, to make it 4-1.

Bradshaw scored seven runs in the final two innings for a the game shortened win.

Wes Collier had two singles and three RBIs, and Victor Sartor had a single and two RBIs. Elias Avila went 3-3 with a triple and and RBI. Blair Hillig had an RBI double.

The loss drops Prescott to (3-4) in the Grand Canyon Region, and (6-7) overall. The Badgers, who have lost five in  a row, will get another shot at the Bears, today in Prescott Valley at 3 pm. Bradshaw Mountain improved to (8-1) in the GCR and (11-3) overall.

The Badgers suffered a home loss to the Lake Havasu Knights 8-1.

Leyton Fetty was the only Badger to pick up a win, in a battle of the top players in the singles match. Owen Thomas and Cole James loss their sets in a battle that each took three games.

Prescott is now (2-4) in the Division II, Section II, and (2-9) overall. The Badgers will close the regular season at Bradshaw Mountain today at 3:30pm.

The Badgers lost a close match yesterday at Lake Havasu 5-4. The teams split in the singles, but the Knights took two out of three in the doubles for the win.

Prescott drops to (8-4) overall. The Badgers will host Bradshaw Mountain today at 3:30 pm. Lake Havasu, the #3 team in Division II, remained perfect on the season at (12-0).