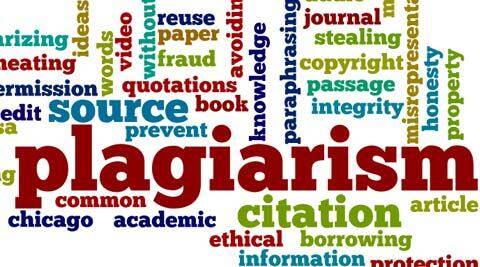 Johnny Williams is a black professor of sociology at Trinity College. He is best known for his inflammatory comments, often made on social media, especially his 2019 tweet, “whiteness is terrorism.” Prof. Williams wrote several columns defending that claim.

In a May 1, 2019 column for Black Agenda Report (“Whiteness Explainer for Dummies“) he wrote about “the concept of whiteness – a fiction enforced by power and violence,” and continued:

Whiteness constantly shifts its boundaries to segregate those who are entitled to have certain advantages from those whose exploitation and vulnerability to violence is justified by their non-whiteness.

Prof. Williams wrote almost the same words in an article (“I tweeted ‘whiteness is terrorism’ and was condemned for it. Here’s why I’m right.“) for the Hartford Courant on February 28, 2020:

Whiteness separates those who are entitled to have advantages from those whose exploitation and vulnerability to violence is justified by their not being white.

Writers often repeat themselves. However, these passages are not original to Prof. Williams. Both are clearly taken from a paragraph white activist Paul Kivel wrote in Uprooting Racism, first published in 1996. Mr. Kivel wrote:

Racism is based on the concept of whiteness — a powerful fiction enforced by power and violence. Whiteness is a constantly shifting boundary separating those who are entitled to certain benefits from those whose exploitation and vulnerability to violence is justified by their not being white.

Here are the two passages compared using a plagiarism detector on CopyLeaks.com. Text in red is identical; yellow is the same word in a different form, words in peach are synonyms.

I brought this plagiarism to the attention of Rick Green, Director of Content at the Hartford Courant. He declined to comment. I also emailed Glen Ford, executive editor of the Black Agenda Report, sending proof of Prof. Williams’ plagiarism. Mr. Ford wrote, “I’ll allow Prof. Williams to defend himself, since the words are under his name.”

I tried to reach Mr. Kivel by phone, but his voicemail said he would be “out of town and offline until May 8th.”

I emailed Prof. Williams for comment and received an automated reply:

Thank you for your email. I am on sabbatical during the 2020-2021 academic year and won’t be responding to emails in a timely manner. If you need immediate assistance during my absence please contact the Sociology department’s administrative assistant Veronica Zuniga via email at veronica.zuniga@trincoll.edu or phone 860.297.2077

I emailed Miss Zuniga and didn’t get a reply. I called her and she didn’t answer. I called several Trinity college staffers and only one answered: Dickens Mathieu, General Counsel and Secretary of the College. He recommended that I contact Angela Paik Schaeffer, Vice President for Communications and Marketing. She never replied to my email about Prof. Williams’ plagiarism and never answered her phone.