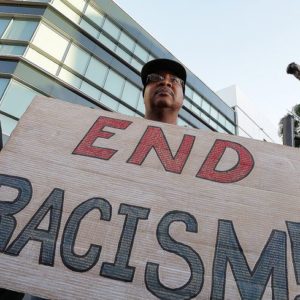 Many people have heard “microaggression,” but how many understand what it really means or looks like?

Such examples of microaggression are more than cultural and racial naïveté. They often are racism in disguise, weekly impacting 80 percent of Asian Americans, and likely other people of color, according to psychological research. Amid the coronavirus pandemic, Asian American people, in particular, have experienced increasing frequency and severity of everyday slights and attacks.

At first glance, “microaggression” suggests intended interpersonal violence or insults that are small or trivial. But beneath that misnomer are bruises to the psyche.

Microaggression was coined by American psychiatrist Chester Pierce in the 1970s. The label gained popularity 10 years ago following the publication of a critical paper in the American Psychologist by Dr. Derald Sue and colleagues. Coinciding with decreases in major discrimination acts such as firing people of color based on race, microaggression most commonly has entered conversations to highlight the occurrences of subtle racial prejudice and unfair treatment in the United States.

Although the frequency of overt racism-related incidents declined until 2016, the U.S. saw an uptick in blatant race-based bigotry and hate incidents in the past few years. The killings of Michael Brown in Missouri, George Floyd in Minnesota, the death of a 75-year-old Asian American man in Oakland, California, and other deaths and injuries of blacks and other people of color repeatedly brought national attention to systemic, institutional, and interpersonal racism. Since the summer of 2020 people have recognized the double-pandemics facing our country and beyond — Coronavirus and racism.

So, what do we do about it?

As a society, we should start by trying to better understand what constitutes microaggression and hate incidents, like the ones mentioned above. Conceptions and perceptions of these acts vary widely. Some argue microaggressions reflect that people of color are too quick to be triggered. Calling out microaggressions, to some, suggests the “perpetrators” are racist and bad, and undoubtedly puts people on the defensive.

For several years, ample diversity and racism-focused initiatives, and implicit bias reduction, and microaggression training programs have been rolled out and mandated in higher education and in the workplace. Still, training’s effectiveness hinges on the existence of common language and understanding around racism, discrimination, and microaggression.

Psychologists and people outside of academia were passionately different in their perceptions. To understand individual differences, my students and I conducted a study to shed light on people’s interpretation of the perpetrator’s intent and the harm endured by the victim. We found that the more ambiguous the microaggressions, the more varied people’s interpretations.

Much like the benefit of having words to describe illnesses associated with emotional difficulties (e.g., major depression, generalized anxiety disorder), microaggression can validate people of color’s lived experiences. Being aware of the stigmatization of people’s minority groups and attributing them to bigotry and unjust prejudice can protect the self-esteem of people of color.

In my interviews with research participants and class discussions with university students, many people believe that systemic racism is perpetuated even when individual victims do not take offense of isolated microaggression incidents. Dialogues about racism and progress toward achieving health equity are stifled when people of color’s racialized lived experiences are denied, when people are accused of being overly sensitive to race, and when perpetrators of microaggressions are on the defensive.

I have come to appreciate increasingly that isolated microaggressions cannot be taken at face value without recognizing the structural and systemic racism in the U.S.

Psychological research tells us that people intrinsically favor others who look like them and share their backgrounds. The preference for ingroups over outgroups makes it easy to fit people into stereotypes and develop prejudice. One way to combat microaggressions, major discrimination, and systemic racism is to (re)establish social norms that reinforce anti-racism. In a recent study, my research shows that people who have experienced everyday discrimination themselves are more likely to step in as bystanders to help Asian Americans who are victimized by interpersonal attacks or microaggressions. The shared experiences of discrimination may help people empathize with other victims of anti-Asian hate incidents.

Now is a good time to establish and adhere to policies that hold people accountable for biased practices and interpersonal microaggressions. Each one of us can continue to recognize personal and shared biases, validate and support victims’ lived experiences with major discrimination and microaggressions, and advocate for racial equity. When witnessing microaggressions, consider engaging in anti-racist bystander behaviors to help inform why well-intended complements or benign ignorance can be harmful.

In higher education and the workplace, diversity initiatives that are intended to prepare, recruit and retain students, faculty, and/or workers of underrepresented minority backgrounds will be as effective as the inclusive and anti-racist climate within the institutions and in society at large.

P. Priscilla Lui is a clinical psychologist and an assistant professor of psychology at SMU Dallas. She wrote this for InsideSources.com.
All Posts »