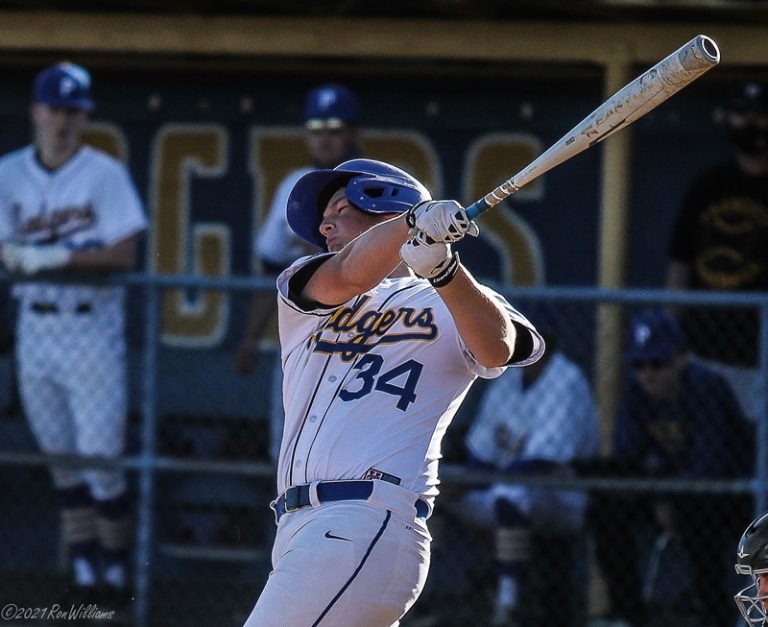 The Badgers comeback came up one short in a 6-5 loss to the Flagstaff Eagles.

Flagstaff managed to get a run off Badger starter Tyson Potts in each of the first three innings. Potts got one back in the bottom of the second as he homered over the fence in left center.

Prescott caught the Eagles with two in the bottom of their fourth to even the game 3-3, but the top of the sixth proved costly for the home squad.

Josh Lenners started the sixth with a solid single to center, went to second after the ball got past the Prescott catcher Peyton Little. Lenners advanced to third on a pickoff throwing error by Potts. Tristan Figueroa was hit by the pitch.

Potts picked up a huge strikeout, getting Hughes on three pitches. Having the infield in cost the Badgers as Sylas Cleery singled just past the outstretched glove of shortstop Elvis Hauptman.  Sam Schmitz singled up the middle, scoring Figueroa. A seeing eye single by Spencer Smith scored Cleery.

Badger coach Kent Winslow pulled his starter, bringing in Hunter Hays. Potts went 5.2 innings, allowing six runs. Hays walked Justin Hanson to load the bases, but got Teague Van Dyke swinging at a third strike, on a full count, to end the inning. The damage was done though as the Eagles now led 6-3.

Prescott got a pair of baserunners in sixth, as Hunter Hays walked and Scooter Schwartz singled, but both were left stranded.

The Badgers got close in their final at bat. Luke McCauslin was HBP, Hauptman beat out an infield single to short. Flagstaff brought in Maier replacing startiung pitcher Cleary, whgo went 6.1 innings with 8 strikeouts. Both runners moved up on a wild pitch. Potts singled to left center, scoring McCauslin and Hauptman. A called strike three, and a ground out to second ended the game and a one run loss.

Six different Badgers picked up a hit, with Tyson Potts getting two, including the home run, and three RBIs. Tucker Koning had a pinch hit RBI single.

Flagstaff remains unbeaten on the season at (12-0), (8-0) in the Grand Canyon Region. Prescott has now lost four in a row, falling to (3-3) in the GCR, and (6-6) overall. The Badgers will face rival Bradshaw Mountain at home, next Tuesday at 3pm.

The Flagstaff Eagles swept the season series with a 14-1 win over the Prescott Badgers, in Flagstaff.

Lily Anderson hit two home runs and had five RBIs. Gracie Schmitz helped her own cause with a home run and two RBIs.  Andi Elliot  and Gianna Baca each had three hits and scored a pair of runs apiece.

The Eagles put up 11 runs in the bottom of the first and the Badgers could only muster one run in the second.

The Badgers lost a close one to the Thunderbird Chiefs 3-2, in Phoenix last night.

Prescott will play at Barry Goldwater, on Tuesday at 4:30 pm.