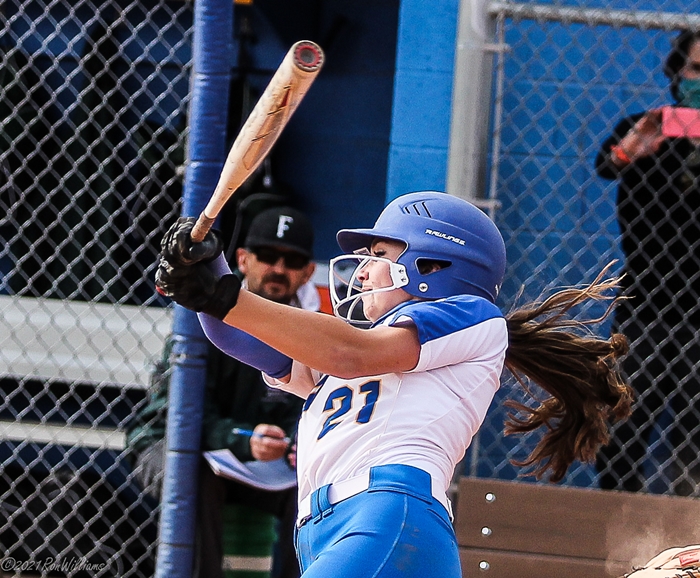 Photo: 21 Ava Hlavacek swings at a pitch in the second inning.

The Prescott Badgers suffered their first loss of the season, in an 8-5 contest with the Flagstaff Eagles, in Prescott yesterday.

Eliza Legge pitched for the Badgers and roughed up for eight runs, seven earned, on eight hits. Legge struck out five with no walks allowed. Legge’s counterpart, Gracie Schmitz picked up the win, giving up four earned runs on eight hits, while striking out four and issuing one walk.

The Eagles took a 3-0 lead in the top of the third on five hits, capped off with a three run blast by Lily Anderson.

The Badgers chipped away with two in the bottom half of the third. Adding one more in the fourth, to trim the deficit to 5-3.

Flagstaff scored twice in the fifth to go ahead 7-3. The Eagles put one more across in the final inning to lead 8-3.

The Badgers tried to mount a comeback, but was only able to pick up two.

Gianna Baca had three hits and Andi Elliot, Alyssa Williams, and Lily Anderson had a pair of hits each for the Eagles.

The Marcos de Niza Padres scored 10 runs in the top of the seventh, coming back from a four run deficit, to beat the Prescott Badgers 14-9, Wednesday afternoon.

Prescott went up 3-0 in the first at bat, but the Padres bounced back to take a 4-3 lead in the top of the third. The Badgers reclaimed the lead 6-4 in the bottom half.

Things were looking good for the home team going into the seventh, with a 8-4 lead, and needing just three outs to close the game.

The Badgers picked up a run in the bottom of the seventh, but it still left them on the short side of a 14-9 decision.

The Padres only had three extra base hits, all doubles, but it was enough. Gage Olson and Jacob Irick had three hits each with Irick picking up two RBIs.  Alex Denham had a pair of hits and two RBIs. Winning pitcher Rafael Armenta had a hit with three RBIs.

Prescott falls to (6-5), while Marcos de Niza improved to (7-3). The Badgers will host Flagstaff today at 3:45pm. The Eagles beat the Badgers 5-0 up in Flagstaff on Tuesday.