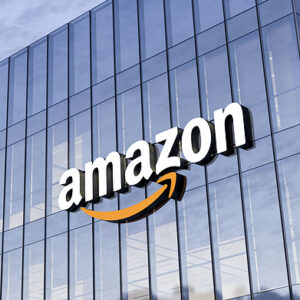 At a moment when our democratic system is under constant assault, the last thing America needs is yet another election where the loser refuses to concede. That’s one reason politics-watchers express alarm when American candidates grasp at flimsy, imagined, or absent evidence to claim that a lost election was “rigged” or “stolen.”

They should steal a sidelong glance at the doings of the Retail, Wholesale, and Department Store Union. RWDSU is said to be readying a challenge before the National Labor Relations Board (NLRB) after losing the much-hyped election at Amazon’s Bessemer, Ala. warehouse complex by a staggering margin of 1,798 against representation to only 738 in favor.

If you assumed the vote would be closer than that, you may be forgiven. Sectors of the national press had blown up the Bessemer vote as a fraught national moment of decision, with some reporters making themselves uncritical cheerleaders for the union side. After the vote, The Washington Post print edition that reached my front step carried the front-page headline “Amazon’s union win is latest for Big Tech vs. its workers.”

Read that again — “vs. its workers.” In the mind of the headline writer, what “worker advocates” wanted seems to have entirely eclipsed what the actual workers on the scene did in fact want.

The RWDSU’s theory of election tampering hinges on Amazon’s supposed unfair labor practice in getting the U.S. Postal Service to install a secure postbox outside the facility to make it easier for employees to cast ballots (which they could also do in other ways). In what passes for normal election talk these days, multiplying convenient voting options to enable high turnout is ordinarily seen as good while blocking the introduction of such methods raises the specter of suppression. At National Review, Charles Cooke says the union’s claim is especially “ludicrous”:

“…when one notes that the Retail, Wholesale and Department Store Union supports “card check,” which means that its institutional position is that the use of a mailbox for mail-in votes constitutes intimidation but that the abolition of the secret ballot does not.”

Everyone involved with labor law knows that the analogy between elections over union representation and elections for public office is at best highly imperfect. Still, it’s remarkable the extent to which the ostensibly progressive position on union representation voting these days diverges from what elsewhere gets called the democracy agenda. The idea of “card check” is to allow representation to depend on the willingness of you, the employee, to sign a card after a delegation of burly organizers shows up at your front door suggesting you do so. We should be glad regular elections don’t work that way.

And the pending PRO Act, which has already passed the House, would make things far worse. (Text is here; see also my post on the bill last month.) As Allen Smith notes in a piece for the Society for Human Resource Management:

“Under the PRO Act, if a union loses a secret-ballot election, it could file an unfair labor practice charge challenging the results. Then, if the employer couldn’t prove that the alleged unfair labor practice did not affect the election results and there is card check (a majority of signatures on union authorization cards), the union would be automatically certified to represent the workers, even though the union lost the election.”

That’s right — the NLRB, a highly political body, could simply decree that a union loss in the vote count be changed to a win. Note also the shifting of the burden to the employer to prove that the challenged conduct “did not affect the election results.” [emphasis added]

No way to run an election, most of us would think. Why is it okay in the view of the House members who waved approval to the PRO Act?

Walter Olson is senior fellow at the Cato Institute and author of a book on labor and employment law. He wrote this for InsideSources.com.
All Posts »

PrevPreviousFox stands behind Tucker Carlson after ADL urges his firing
NextArizona Weekly Gas Price Update for week of April 12, 2021Next