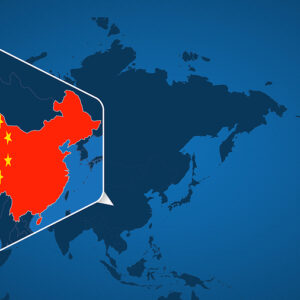 The United States is forming what looks like the kind of alliance against China that American policy-makers have dreamed of ever since the victory of the Communist forces of Mao Zedong over the U.S.-backed Nationalist Chinese of Chiang Kai-shek more than 70 years ago. Always looking for ways to form a united coalition against the rising power of China, the U.S. has masterminded what’s called “the Quad” of four countries, including the U.S., Japan, India, and Australia.

The Quad, for “quadrilateral security dialog,” is far from a military alliance, but these countries could coordinate military activities in a showdown against China if the Chinese threat increases from the Korean peninsula to the South China Sea and the Indian Ocean. President Joe Biden set the course for this evolving partnership with a virtual summit conducted by zoom with the prime ministers of the three other countries, Australia’s Scott Morrison, India’s Narendra Modi, and Japan’s Yoshihide Suga.

The common denominator for these four countries, all quite far geographically from one another, is their fear of China. They are drawn together on the unifying principle that “the enemy of my enemy is my friend.” For reasons ranging from commercial to military to cultural, all four are at odds with China, which they see as a menace looming over all of Asia.

Right now, the members of the Quad are talking about conducting joint military exercises from time to time, agreeing to defy China on a wide range of fronts. While the Japanese defy China’s intrusions into the East China Sea around the Senkaku Islands, the Indians face off against Chinese troops along a “line of actual control” in the high Himalayas. The geography and the circumstances may be different, but the images of forces aligned against one another are similar. Whether in the mountains or at sea, the Chinese are anxious to nip off land that’s not theirs.

Australia and the U.S. face China on quite different fronts. The Australians are concerned about Chinese cultural influence, interference in political affairs, and retaliatory tariffs. The Americans worry about China’s domination over the Korean peninsula and China’s vows to take over Taiwan, the independent island province that Chiang Kai-shek made the base for his regime after fleeing the mainland in 1949. Americans and Australians both oppose China’s claims to the South China Sea

All four Quad members face the common fear of China’s “string of pearls.” These are harbors built by Chinese funds and technology for its Belt and Road Initiative extending to the middle east and Europe. Civil unrest is sure to increase China’s influence as Myanmar’s military leaders suppress massive protests for democracy in the name of Aung San Suu Kyi, the Nobel peace prize winner arrested in the military crackdown. Across the Indian subcontinent, Pakistan’s historic confrontation with India leads to cooperation in the form of a road from southwestern China across the Himalayas to the Arabian Sea, making Pakistan a de facto ally even though it’s still getting arms and aid from the U.S.

The Quad may not be a military alliance akin to NATO, the North Atlantic Treaty Organization that purports to bind European nations in common cause against Russia. It’s not likely that India would aid Japan in an armed conflict with China. Nor is Japan going to defend India against China. Yet the sense that a military alliance among these four major powers might be possible someday is inescapable while their navies engage in joint exercises and their leaders are quite outspoken in resolving to stand up to Chinese pressure.

There is also talk of Quad-plus, a scheme for other nations to join in an enhanced display of power. The leaders of the quad countries would love to draw in South Korea’s President Moon Jae-in, but he remains aloof. The last thing Moon wants is to appear on the side of a pro-American treaty network while longing for another meeting with North Korea’s Kim Jong-un. Moon may not be ready to abandon South Korea’s alliance with the U.S., but he wants no part of an anti-China coalition that includes Korea’s ancient foe Japan as a bulwark regardless of Kim’s refusal to give up his nukes and missiles.

The Quad-plus concept has risen in importance since Donald Trump, after his inauguration as president in January 2017, pulled the U.S. out of the Trans-Pacific Partnership for doing away with tariff and non-tariff barriers among a dozen countries including Japan. The underlying purpose of the TPP, like that of the Quad, was to oppose Chinese inroads. Now the Quad, a network of like-minded powers, faces a deepening regional struggle in which countries such as South Korea will find it difficult if not impossible to remain neutral forever. 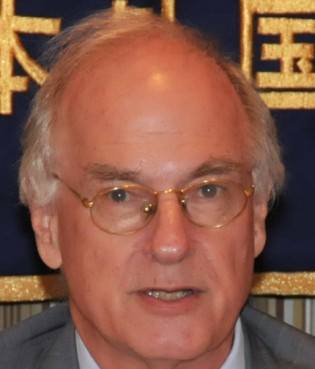