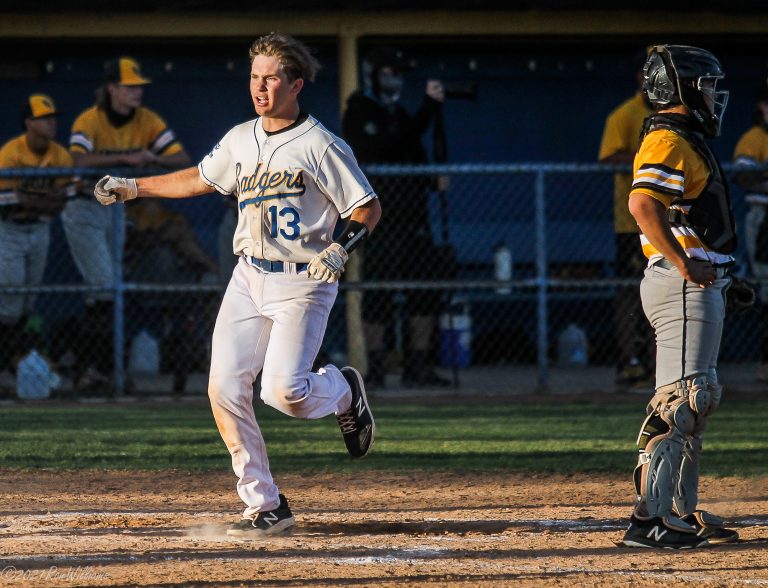 Photo: 13 Peyton Little crosses the plate with the winning run in the sixth

The Badgers got a big two RBI triple in the bottom of the sixth inning that held up in an exciting 5-4 win over the visiting Saguaro Sabercats.

The Sabercats jumped on top 1-0 in the first, when Ty Nelson led off with a walk and scored on a double by Tanner Nelson.

Prescott got the equalizer in the bottom of the first, when Tyson Potts singled in Elvis Hauptman who had picked up a two out double.

In the third, the Badgers took a 2-1 lead on a triple by Malikija Hawkins, who scored on a ground out by Hauptman.

Saguaro scored three in the top of the fourth to lead 4-2 with four hits in a row. A single by Ty Nelson, followed by two doubles from Miles Crutchley and Frank DiGregorio. Cole Stocks singled in DiGregorio for the fourth run.

Prescott scored in the fifth to trim the deficit to 4-3 when Malikija Hawkins nearly beat out a ground out but did get the RBI when Lucas Miller crossed the plate after blasting a triple.

The game remained 4-3 going into the bottom of the sixth. With one out, Ethan Ammerman singled to left. Peyton Little laid down a great drag bunt down the first base line, that ended with a big collision as Little ran through the Sabercats second baseman Aiden Bronska, who was clearly in the baseline. Bronska was able to gather the pieces of his sunglasses and play resumed. Tucker Koning came up to bat for Scooter Schwartz and delivered big time, with a shot that split the outfielders and went to the right centerfield fence, scoring  Ammerman and Little. Koning was stranded at third, but the Badgers would not need that insurance run.

In the seventh, Hauptman hit Caleb Simpson with one out, and Saguaro brought in pinch runner Jacob Pickett. The game ended on a strikeout, throw them out double play, as Hauptman struck out Javon Jacobs and catcher Peyton Little threw a strike to second nailing Picket to end the game.

Koning said, “I was just looking for something waist high to drive. I felt the connect on the ball and knew I hit it well, and it went into the gap. I stumbled around second a little but was able to make it safely into third.”

Elvis Hauptman picked up the win, going the distance with two walks and eight strikeouts said, “That is probably the coolest thing I have ever seen out here.  This is a real good win for us. We were able to keep our heads up and got the bats to get it done. My arm feels pretty good still, just put a little icy hot on it to get it going.”

The Badgers improve to (6-2) overall and will travel to play Mesquite tomorrow at 3:45 pm. Prescott snapped the Sabercats three game winning streak as Saguaro falls to (4-4).

The undefeated Badgers just keep on rolling, and this time rolled right through the Saguaro Sabercats 19-9 in Cave Creek yesterday.

RJ Parra started in the circle and pitched well before giving way to senior Makayla Reyes, who closed out the win. Reyes also went 3-4 at the plate with 4 RBIs.  Parra scored once and had two hits, a single and a double.

Kennedy Carr had an outstanding day at shortstop, to go with her two doubles, and a single at the plate. Sophia Fanchin had three hits including a triple. Ava Hlavacek also picked up two hits.

Olivia Holiday struggled in the circle for the Sabercats, allowing 6 walks.

The Badgers made quick work of the Notre Dame Saints in the Badger Dome.

Notre Dame will visit Cactus tomorrow, while the Badgers will pay a visit to Peoria, on Friday at 5:30 pm.