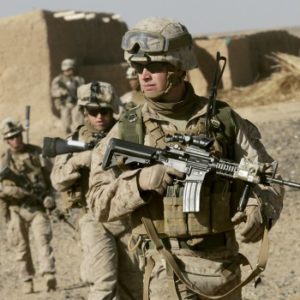 Nearly 11 years ago, then-Vice President Joe Biden swore on national television that all U.S. troops would be out of Afghanistan by 2014. U.S. troops continued to bleed and die there, however, and now President Biden says they’ll likely have to do it some more.

More than 13 months after the historic signing of the U.S.-Taliban peace agreement that would finally bring our troops home, Biden says the May 1 deadline for total U.S. withdrawal is just too difficult “in terms of tactical reasons.”

Perhaps it is the Pentagon’s failure to implement appropriate protocols for the transition of power in the more than a year it had to do so? Or maybe it is the inability of Afghan security forces to defend themselves despite 20 years of training by the best soldiers the world has to offer? Or, more likely, is it the Biden administration’s pet project of using the military to enforce American mores about sex and gender in Afghan society?

Perhaps the U.S. might continue to use its allies as an excuse for keeping the military deployed in foreign adventures? Germany has declared that its mission in the nation will continue until 2022. Shall the U.S. match them out of tactical solidarity?

Afghanistan does not need 2,500 American soldiers to stay through the year or longer. There is no tactical situation that will be solved in the coming year that will not also be replaced with a new crisis, a new set of problems. The last 20 years of unmitigated suffering and resentment do not require some drawn-out, multi-part denouement as though the U.S. were wrapping up its own blood-soaked rendition of “Return of the King.”

It has been 20 years that we have been fighting. It has been 15 years since the announcement of a democratic Afghanistan. And it has been more than a decade since the U.S. dragged NATO into its ill-conceived plan to rebuild the Afghan state in its own image.

The reward for this feat has unsurprisingly been an empire of sand, bone, and global resentment.

Biden’s refusal to commit to the May 1 deadline that the previous administration set to bring the troops home and end this thing is a slap in the face to the troops who have carried this burden for two decades. The American service member enlisted, did his or her job, and saw it through to the end. They should not be punished for the willful ignorance and dedication to antiquated strategic paradigms that their commanders and four consecutive presidents have refused to let go of.

Truly, strategic ineptitude and influence peddling are bipartisan phenomena, and they are costing this nation dearly.

As usual, the grunts will be the ones pick up the tab.

Andrew Thornebrooke is executive editor of The Rearguard. He wrote this for InsideSources.com.
All Posts »