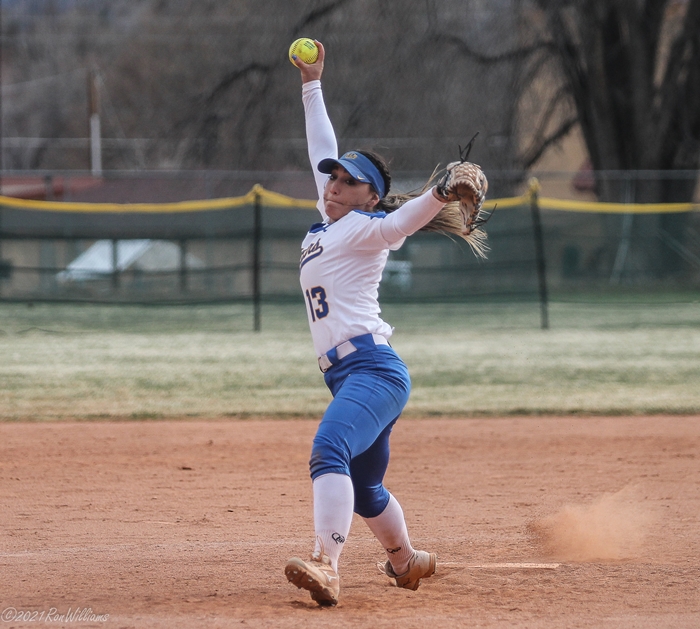 The Badgers, off their extra inning win at home over Mohave, blasted the Deer Valley Skyhawks 10-3 in Phoenix.

At the plate, Prescott had four players with multiple hit games. Tyson Potts led the Badgers crew with three singles. Elvis Hauptman, Malikija Hawkins, and Peyton Little had two hits a piece, with Hauptman picking up three RBIs, and Little with two.

Prescott took a 1-0 lead in the second inning. The Badgers added one in the fourth, and a two spot in the fifth, breaking open the 4-1 game in the top of the sixth, with a six spot to go up 10-1.

The Badgers improved to (4-2) overall with the non-region win. Deer Valley drops to (2-4). Prescott will make a trip to Mohave today at 4pm, and try to earn the season sweep.

The Prescott Badgers keep on rolling with a 14-4 win over the Deer Valley Skyhawks.

Makayla Reyes dominated on the mound with 5 strikeouts. Reyes also had another good day at the plate, having two doubles and an RBI.

RJ Parra had three doubles and three RBIs. Eliza Legge closed out the game on the mound and had three hits.

Dana Seavey had a four hit day with three doubles and three RBIs.

Ava Hlavacek caught a great game behind the plate, and had a pair of hits, one for a home run. Kennedy Carr had a hit and RBI.

The Badgers (6-0) will face Saguaro on the road next Tuesday, while Deer Valley slips to (1-4).

The Badgers suffered a 6-3 setback to the Cactus Shadows Falcons in Cave Creek.

Prescott won the top three singles flights, but fell in the bottom three. The Badgers were swept in the doubles flights which was the difference in the loss. Two of the six losses were due to forfeits.

Prescott will visit Flagstaff on Monday at 3 pm.