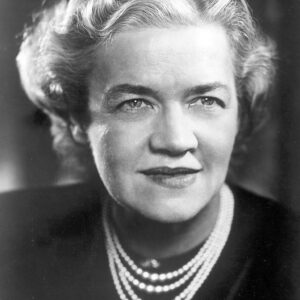 Americans have lost faith in their government, and for good reason. For years, Washington has catered to special interests, kicked the can on tough spending decisions, and empowered unelected bureaucrats over the American people.

Unfortunately, the problems run even deeper than dysfunctional government. Seventy-nine percent said in a recent poll that they feel like the entire country is falling apart.

That’s the bad news. The good news is there’s a way forward — and it starts by turning to a new generation of conservative women in Congress.

As we celebrate Women’s History Month, we celebrate the fact that this year’s class of Republican U.S. House freshmen women is the largest in history. They’re diverse. They’re from all over the country. They’re trailblazers who’ve lived their American Dream. And they’re ready to make a difference.

Florida’s Maria Elvira Salazar grew up the daughter of Cuban exiles and forged her own path in journalism — including interviewing multiple U.S. presidents and even Fidel Castro himself — before running for the House.

South Carolina’s Nancy Mace made history as the first woman to graduate from the Corps of Cadets at The Citadel.

It doesn’t stop with Republican women elected in 2020.

These conservative women are not content to simply make history by getting elected. They’re ready to continue breaking barriers and challenging the status quo at critical moments — just as generations of conservative women have before.

I know trailblazers when I see them — I was the first black Republican woman elected to Florida’s legislature and as its lieutenant governor.

Today, I’m proud to serve as the national spokesperson of Maggie’s List. Our chairman, Sandra Mortham, was the first woman elected Republican Leader in the Florida state House and the first Republican woman elected to a cabinet post in Florida, having served as secretary of state.

Our organization is named for the late Sen. Margaret Smith. She was the first woman to serve in both the U.S. House and Senate, the first woman to have her name entered for a major party’s nomination for president, and the longest-serving female senator in history at the time she left office.

Smith broke barriers for women. She also took an unpopular stand at a critical moment in our history. She was the first person in Congress to call out McCarthyism and the forces of censorship.

We carry Sen. Smith’s legacy forward by working to elect new generations of conservative women. And we couldn’t be prouder of the record numbers serving in Congress today.

They’re working to get Americans back to work and our kids back in school.

They’re working to ensure that you keep more of what you earn, that your rights are protected, and that your communities are safe.

And they’re taking on the Squad’s radical agenda and the ridiculous narrative that women must vote for Democrats and left-wing policies simply because they’re women.

Just as Sen. Smith put our Constitution and the American people first, the Republican women serving in Congress now are doing the same. Like the late British Prime Minister Margaret Thatcher said: “In politics, if you want anything said ask a man; if you want anything done, ask a woman.”

These Republican women are bringing a badly needed breath of fresh air to Washington. Not only will trusting them to lead our party forward bring us back to the majority, but their leadership will also continue to prove that conservative policies and principles work for generations to come.

Former Florida Lieutenant Governor Jennifer Carroll currently serves as the national spokeswoman for Maggie’s List. She wrote this for InsideSources.
All Posts »