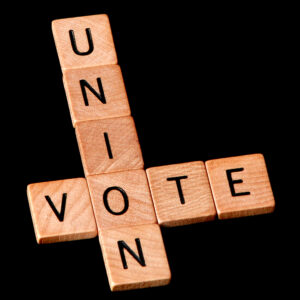 Since 1943, 27 states across the country have implemented right-to-work laws. Those laws ban unions from compelling workers to join, amounting to over $400 in membership dues each year. Despite the overwhelming popularity and the economic prosperity right-to-work laws have brought to states, politicians are now seeking to repeal them. President Joe Biden made repealing right-to-work laws a central pillar of his presidential campaign, arguing they “exist only to deprive unions of the financial support they need to fight for higher wages and better benefits.”

Making good on their promises, the House of Representatives passed the Protecting the Right to Organize (PRO) Act to invalidate state-level right-to-work laws. If the PRO Act becomes law, workers could be forced to join unions, and states would be denied the economic prosperity right-to-work laws have brought to their economies.

Since their implementation, right-to-work laws have been popular across the country. Nationally, 82 percent of Americans believe “no American should be required to join…a labor union,” well above the 53 percent who approve of labor unions. Additionally, one in four workers stated they would “opt of their membership if they could do so without losing their job or getting penalized.”

Since 1954, labor unions have become increasingly marginalized. In 1954, labor unions could claim to represent 34.8 percent of U.S. wage and salaried workers. That number fell to 10.8 percent or 14.3 million workers in 2020. If the PRO Act passes the Senate, U.S. workers would be forced to join a collective bargaining unit they clearly don’t want to be a part of. If they did, the percentage of workers represented would be significantly higher than one in ten.

In his groundbreaking 2003 study, Walter Robert Reed of the University of Oklahoma-Norman found workers in right-to-work states saw “significantly higher wages than” states without right-to-work protections. Reed found Mississippi workers experienced the most significant wage increase at 22.6 prcent due to right-to-work legislation.

For workers in states with right-to-work laws, these pay increases mean added economic security and prosperity.

Conversely, studies from American Action Forum (AAF) found unions actively depress weekly earnings. AAF estimate “for every one-percentage-point increase in the state union membership rate, the average weekly earnings growth rate for all workers in the state declines by 0.22 percentage points, and for workers in businesses with fewer than 5 employees it declines by 0.14 percentage points.”

If the PRO Act becomes law, more union influence could mean fewer jobs, a trend that would disproportionately harm unemployed workers and those looking for new jobs.

If Congress wants to ensure Americans have ready access to higher-paying, quality, they should allow right-to-work laws to remain in place by killing the PRO Act. Failure to do so will not only embolden unions who are out of step with workers, but it will also depress worker earnings and job creation; this will ultimately jeopardize the economic security right-to-work protections have provided. Passing the PRO Act, and invalidating right-to-work laws, would also ignore the substantial popularity these measures enjoy.

For the sake of workers and worker freedom, kill the PRO Act.

Edward Longe is a research associate at the American Consumer Institute, a nonprofit educational and research organization. He wrote this for InsideSources.com.
All Posts »