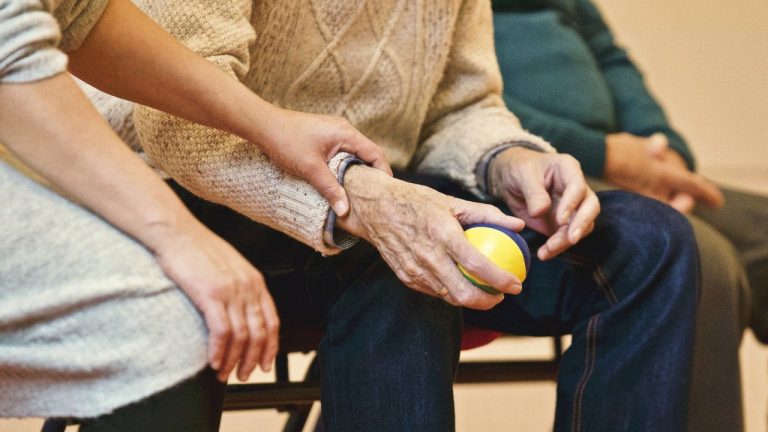 There are times when the residents in Marian Gutierrez’s group home are blissfully unaware: unaware of the pandemic gripping the globe, of the political turmoil it has caused and the lives it has stolen. Yet they aren’t exempt from the pain it has inflicted.

While she cares for people living with dementia, Gutierrez, owner of Perpetual Help Assisted Living in south Scottsdale, repeatedly answers their heartbreaking questions: Why do I have to wear this mask? Why are you keeping me so far from my friends? Why haven’t my children come to see me?

“I feel like they are more confused because the constant, daily visitation from family isn’t happening anymore,” Gutierrez said. “They are asking for them, and they are sad and lonely, but as a caregiver and an owner, I can’t fill that gap.”

After the pandemic was declared last March, Gutierrez implemented a lengthy list of precautions that included limiting or halting visitations, switching to telehealth and having groceries delivered.

Now research is showing just how dangerous COVID-19 may be for those with Alzheimer’s disease and other forms of dementia – a warning, experts say, that more should be done to safeguard this vulnerable population.

A study by Case Western Reserve University researchers published last month found the risk for contracting the coronavirus that causes COVID-19 is twice as high among those with dementia, and dementia patients who contract COVID-19 face higher risks of hospitalization and death.

Researchers examined the electronic health records of about 62 million American adults, including just more than 1 million with dementia, comparing rates of illness, hospitalization and mortality.

The reasons for these disparities warrant more study, but several factors may be at play, the researchers said.

First, severe cases of COVID‐19 occur predominantly in older people and those with underlying medical conditions, and the majority of people with dementia have one or two additional chronic conditions, such as cardiovascular disease, diabetes, obesity or hypertension.

The memory impairment associated with dementia also can interfere with the ability to comply with COVID-19 preventive measures, such as social distancing, mask-wearing and frequent hand-washing.

The study also found that patients with vascular dementia were at greater risk for COVID-19. Vascular dementia is associated with strokes or small blood vessel damage, resulting in lower blood flow to parts of the brain. The study noted this allows “certain bacteria and viruses to access the brain more easily.” African Americans have higher rates of this type of dementia.

Overall last year, there were at least 42,000 more deaths from Alzheimer’s disease and other dementias in the U.S. compared with the average over the preceding five years – a 16% increase, according to an Alzheimer’s Association analysis of federal data.

Dr. Cozzette Lyons-Jones, chief physician at Watts Healthcare Corp. in Los Angeles, said it’s clear the impact of the pandemic on those with dementia has been “devastating,” particularly for people of color.

“It has actually exacerbated what was already a bad situation,” Lyons-Jones said during a recent webinar about Alzheimer’s and African Americans.

“It’s important for us to not only deal with these disparities at the individual level … but to go to the bigger picture of what are the institutional and systemic, structural things that are in place that are fostering the continued gaps that we see in terms of these different quality measures in health care,” she said.

Dementia is the broad term for memory or problem-solving impairments that affect a person’s ability to perform everyday activities. Alzheimer’s disease, a progressive brain disorder, is the most common cause of dementia.

An estimated 6 million Americans 65 or older are living with Alzheimer’s, and by 2050, that number is projected to reach 12.7 million, according to the Alzheimer’s Association.

Older Black Americans are about twice as likely to have dementia than whites, while Hispanics are about one and a half times as likely.

“Genetics aside, socioeconomic factors such as limited education, a sedentary lifestyle and social isolation, all associated with COVID in some fashion, are well-known risk factors for dementia, too,” he said. “The combinations are where the real trouble begins.”

The connection between COVID-19 and dementia also may pose a potential risk to younger people, Atri said.

Although it’s rare for COVID-19 to invade the brain directly, the virus can affect the lining of blood vessels in the brain, causing additional inflammation and “any number of neurological issues” such as confusion, strokes and hemorrhages, Atri said. He is starting to see patients in their 50s and 60s with symptoms of early onset Alzheimer’s, and he believes the symptoms may be related to COVID-19.

“We may be sitting on a bit of an epidemic coming up in the next several years of individuals who have brain diseases, but they’re coping with it pretty well and then suddenly go downhill very quickly,” he said.

The Alzheimer’s Association and representatives from more than 30 countries formed a program to study the short- and long-term consequences of COVID-19 on the brain, cognition and functioning that may contribute to Alzheimer’s disease and other dementias.

At Perpetual Help Assisted Living, Gutierrez said none of her patients with dementia contracted COVID-19. She has three residents now, including one dementia patient, and all have been fully vaccinated.

And although family visitations have resumed, most other safety measures remain. Gutierrez said she’s finding ways to keep her patients busy, whether that means ordering takeout or gathering for bingo at the dining room table.

“We’re spending more time with one another because that’s where we’re getting our strength,” she said. “That’s what is keeping us sane during this pandemic.”