Opinion: Blacks Won’t Be Better Off When Whites Are a Minority 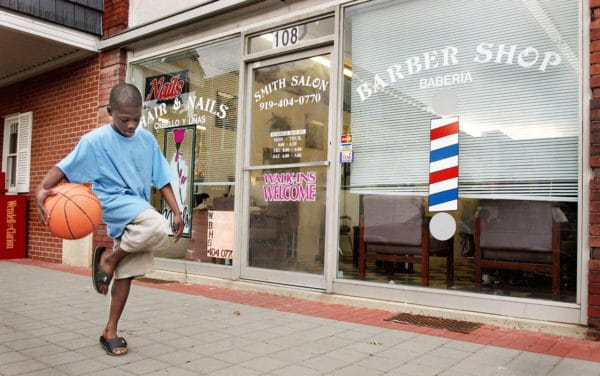 Photo: Smith’s barber shop in Zebulon, NC. Although the shop has a sign in Spanish to entice the large Hispanic population of the town to do business there, few Hispanics get their hair cut there because the business is owned and largely patronized by African-Americans. (Credit Image: The Washington Times / ZUMAPRESS.com)

Although white people are often blamed for all that’s wrong with black Americans, if whites were swapped out for another race, blacks would be worse off. Only whites indulge demands from blacks. McDonald’s Corp recently announced that it will link 15 percent of executive bonuses to meeting “targets” for “diversity and inclusion.” Several churches are offering reparations for slavery. Schools are even overhauling grading systems to appease blacks. These are all white institutions, and their generosity is a product of guilt and social pressure. The more blacks criticize whites and “whiteness,” the more handouts they get.

Taking white people out of the equation would be a disaster for blacks. Political activists and celebrities cannot invoke slavery or Jim Crow to blackmail Asians and Hispanics into giving in to black demands.

Why should Latinos – many of whom have proven themselves to be vigorously entrepreneurial, economically ambitious, ready-to-work-from-sunup-to-sundown, and socially savvy – yield to political domination by a group for whom much of what they possess is perceived to have been granted as gifts from coerced, blackmailed whites?

In the same essay, she approvingly quoted the Huntsville Chronicles’ editor:

The idea of a black-Latino coalition has never been close to reality; language, culture, and geographical differences are stand-out reasons for non-coalitions . . . Jesse Jackson and others have embraced immigration, thinking that new immigrants could be used to build political power. It has not happened yet and there is nothing to indicate that there are any coalitions in the immediate future.

A post-white America will be no gift to blacks. Leaders in the black community rarely preach self-reliance and those who do are shunned. Instead, blacks are encouraged to see themselves as victims, and this mentality won’t do them much good once white liberals lose power. Economically, blacks can’t compete with Asians and Hispanics, and unlike whites, those two races don’t feel guilty about black suffering or black incompetence.

Blacks who want a picture of a post-white America should look at California. The state is only 36 percent non-Hispanic white, but last year, the referendum on Proposition 16 — which sought to reintroduce Affirmative Action in the public sector — was voted down, 57 percent to 43 percent. David Cole explained what happened:

Prop. 16 was a referendum on blacks. Not “diversity,” not “identity politics,” but blacks. Everyone with half a brain understood that Prop. 16 was there to help blacks, and blacks alone. Asians and Latinos are doing exceptionally well in the UC system (Asians are overrepresented, and Latinos, represented at roughly their percentage of the population, outnumber non-Hispanic whites). Blacks are the ones who need the “special help.” They’re the ones who feel like they can’t compete without being given extra points for melanin.

Without whites to pamper them, blacks risk losing the handouts and quotas they cherish. Blacks must wake up and admit that a post-white America is not in their best interest. 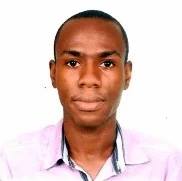 Lipton Matthews is a researcher, business analyst, and writer. You can follow him on Twitter @MatthewsLipton
All Posts »

1 thought on “Opinion: Blacks Won’t Be Better Off When Whites Are a Minority”