Opinion: The Legal Movement Against Google Has Reached New Heights 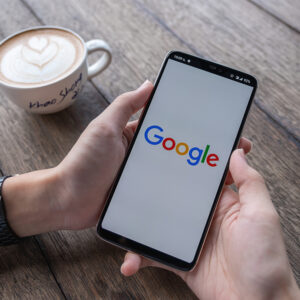 It’s now indisputable that the Department of Justice and state attorneys general have created a powerful legal movement against Google — one that involves the private sector as much as it does federal and state government actors.

Over ten new private suits have been filed against Big Tech in recent months. It’s no secret as to why, as the New York Times has pointed out.

Because federal and state investigators can conduct interviews and collect private, internal documents before filing their suits, the Department of Justice and state attorneys general have a distinct advantage in taking on these behemoths.

By contrast, the private sector must wait until after filing their suits to collect such evidence.

Sometimes — like in the case of Google v. Oracle, a decades’-long lawsuit currently before the Supreme Court that Google’s opponents say demonstrates how the company stole computer coding to get ahead of its peers — the private sector can still come close to reaching justice on its own. But these cases are few and far between.

There aren’t many companies out there of comparable size and wealth to Oracle that can challenge Google with this degree of success on their own. Because of a lack of conclusiveness in their evidence, most tend to have their cases delayed, settled, or shelved altogether.

But now, the private sector is using the insider knowledge collected, filed, and outlined by federal and state justice officials to their advantage. These businesses are using this legal opening to file hard-hitting lawsuits against Google and the rest of the tech behemoths with unprecedented speed and in ways that can significantly impact the companies’ monopoly power and bottom lines.

Consider the newspaper company that just days ago used the state attorneys’ general finding of a secret agreement between Google and Facebook to collude and monopolize the digital ad marketplace together as the linchpin of evidence for its own lawsuit against Google. Its complaint alleges that the anti-competitive and illegal activity outlined by these public officials has destroyed the local newspaper industry and may be responsible for nearly 1,800 papers closing over the last two decades and newspaper advertising revenue falling by more than 50-percent since 2006.

It’s a good argument, to be sure, and one that would have never seen the light of day if not for the thorough investigative work of federal and state justice officials.

Prize website Sweepstakes Today, which relies on digital advertising for its revenue, has filed a similar antitrust suit on similar grounds, as has lyrics website Genius and political magazine The Nation.

The law firm Berger Montague has also initiated a similar lawsuit against Google on behalf of all publishers for “[using] its market position to inhibit innovations that would have threatened its market dominance.” Again, the federal and state attorneys general cases greatly facilitated the high-profile firm’s making of this case, as the secret agreement between Google and Facebook the officials found is a central part of their filing.

Make no mistake: this growing trend of private lawsuits is just the beginning. Should these government cases against Google and Facebook prove victorious at trial, private businesses will all but assuredly begin filing even more cases against these conglomerates. This unique opportunity would also give their lawyers even stronger legal precedents to work with to point their clients to victory and pursue larger civil and antitrust charges against them.

It’s not often that we can thank federal and state governments for anything, but in the case of Big Tech, they deserve a round of applause from us all. They have singlehandedly created the best prospect for a fairer and more open digital square that we’ve seen in years, and for that, we all should be grateful. 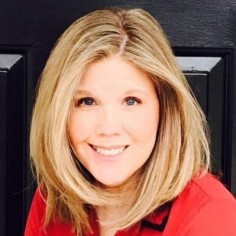 Teri Christoph is the host of the Smart Girl Politics podcast and a longtime fundraising consultant.
All Posts »

PrevPreviousWill work from home outlast virus? Ford’s move suggests yes
Next4 reasons no president should want to give a press conferenceNext