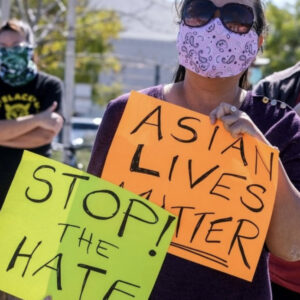 In the wake of the multiple murders in Atlanta on March 16, Charles Fain Lehman, a fellow at the Manhattan Institute for Policy Research, testified before the House Judiciary Committee on “Discrimination and Violence Against Asian Americans.” His prepared testimony is excerpted below:

Thank you to the committee for the invitation to speak today about the important issue of rising crime against Asian Americans. Many of our fellow citizens now fear for their safety in their own neighborhoods. I am glad this matter has not escaped Congress’s attention, particularly in light of Tuesday’s awful shooting outside of Atlanta.

I am speaking today as a researcher focused on crime, and it is in that capacity that I want to offer two points. The first is that, while some of these offenses were doubtless motivated by bias, you should be cautious when interpreting the broader trend solely as a spike in hate crimes. The second, relatedly, is that these crimes should be understood as part of a larger surge in violence.

As you are aware, crime is rising in several Asian-American communities, particularly in the greater Bay Area and New York City. There have been reports of assaults, daylight robberies, and general mayhem targeting Asian citizens, especially the elderly. Many have identified these offenses as hate crimes, linking them to bigoted sentiments inspired by the Coronavirus pandemic.

The FBI, which tracks such offenses, defines a hate crime as one motivated by “an offender’s bias against a race, religion, disability, sexual orientation, ethnicity, gender, or gender identity.” Last spring saw a spike in hate crimes against Asian Americans, as major cities experienced a 150 percent increase over 2019. This was doubtless driven by rhetoric blaming Asians for the Coronavirus crisis.

In the latest wave, some offenses are plainly bias-motivated, like the attack in Seattle in which assailant Samuel Green told Kathryn Yeager “Asians need to be put in your place” as he shoved her to the ground. But not all of the recent cases are so clear-cut. The reasons for Tuesday’s horrific shootings in Atlanta remain unclear, but police suspect it was not racially motivated.

Law enforcement in both New York and northern California are reportedly not investigating many of the high-profile offenses as hate crimes.

Other factors are likely at play. Consider Yahya Muslim, arrested for shoving three Asian adults, including a 91-year-old, in Oakland’s Chinatown. Muslim, who is homeless, has a history of mental illness which his defense counsel blames for the attack. Counsel for Antoine Watson, who allegedly shoved and killed 84-year-old Vichar Ratanapakdee in San Francisco, has also appealed to the teenager’s mental health, rejecting charges of bias.

Other cases start to look different given context. Filipino New Yorker Noel Quintana was a victim of a subway knife attack that some have called racially motivated. But several other, non-Asian victims have also recently been slashed on the MTA—part of rising transit crime which swept up Quintana.

My purpose in making these points is not to deny the role bias has played in some offenses, nor to downplay the seriousness of anti-Asian bigotry. I want to condemn, in no uncertain terms, hate crimes of all sorts—they are a particularly vicious species of offense, motivated by special animus and deserving of special denunciation. No American should have to face discrimination of any kind.

Rather, I wish to emphasize to the committee that if they analyze these offenses solely as hate crimes, they will miss critical context, and thereby risk making underinformed decisions. In particular, we cannot discuss these offenses without highlighting the past year’s violent crime wave.

Criminologist Jeff Asher has estimated that 2020 saw the largest one-year spike in homicides on record, as murder increased by more than 30 percent in nearly 40 major cities. New data indicate the trend has persisted into early 2021.

That pattern appears in cities where Asian residents are being attacked. In San Francisco, homicide was up 17 percent over 2019. In New York, homicides rose 40 percent, while shootings nearly doubled. In Oakland, 2020 saw the highest homicide rate in eight years, and the city is already on track for a worse 2021. With 157 dead, the Atlanta Journal-Constitution called 2020 “the city’s deadliest [year] in decades.”

That violence is a product of free-roaming criminals. Carl Chan, head of Oakland’s Chinatown Chamber of Commerce, describes how “[businesses] are so fearful they prefer to close early. We also have many juveniles driving around Chinatown and carrying guns, so they’re also hurting people before they’re being robbed.” This is a description not of hate crimes, but of out-and-out lawlessness.

This behavior seems obviously tied to recent political hostility to the police. Many cities have yielded to activist demands that they slash police budgets and cut public safety services. The NYPD lost half a billion dollars; Oakland slashed $15 million, and aims to cut the full budget in half.

Bigotry may have played a role in these offenses. But changing the hearts and minds of bigots is far harder, from a policymaker’s perspective, than preventing bigotry-driven crimes. If anything is to blame for the terror now plaguing Asian Americans, it is public officials’ dereliction of their duty to preserve public safety.

I urge the members of the committee to advocate a restoration of public safety, by pushing back on anti-police rhetoric, and by supporting more federal funding for police.

That is the best way to ensure that Asian Americans, and all Americans, can again walk the streets free from the fear of violent crime.

Charles Fain Lehman is a fellow at the Manhattan Institute for Policy Research and a contributing editor at City Journal.
All Posts »