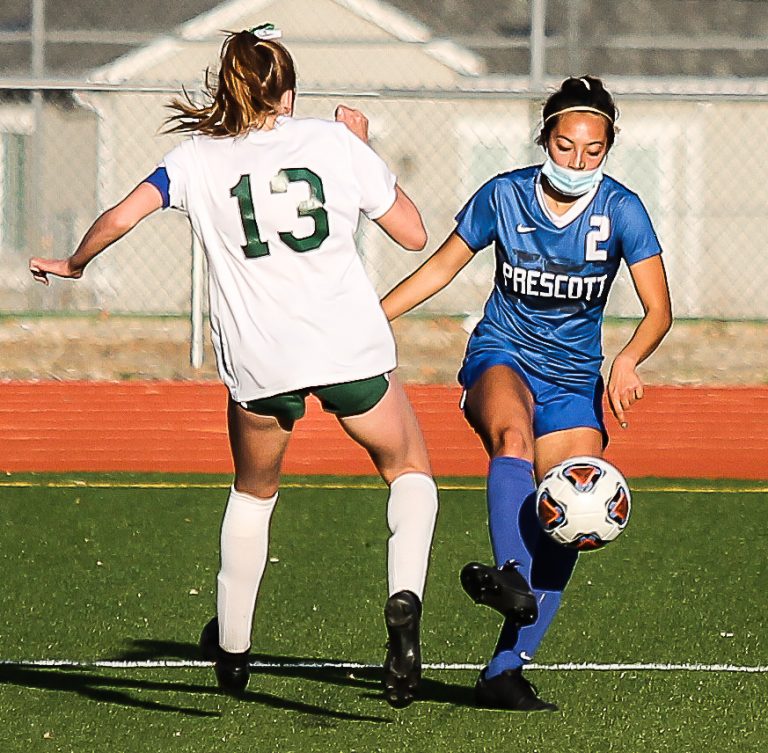 The game was played at Coronado High School in Scottsdale, on a warm and windy day in the valley.

Prescott coach Paul Campuzano said, “ The girls have had an amazing two years winning 31 games and losing only 2. They are an amazing group who show their heart and dedication to one another every time they stepped on the field. We keep getting closer but we will be back next year.”

The game was scoreless through the first half as both teams tried to settle in.  The hard fought battle saw its first goal by Anjelica DesRozier with 25 minutes left on the second half.

The Lancers added an insurance goal with 7 minutes to play by Trinity Morales for the 2-0 win. It was the first time the Badgers have been shutout since a playoff loss last season.

Despite the season ending loss, the Badgers were ready to talk about their experience in regards to their coach, their team, and their season.

Melia Hoyt said, “It was one of our best seasons so far. We really developed as a team and learned to play together.” Ellie Magnett added, “It wasn’t the outcome we wanted but it was a good run.”

Macey Vanwormer said, “I think our team was underestimated by everyone at the beginning of the season. I think we proved who we are and that we have progressed. I am proud of us and how well we played leading up to the championship game. The outcome was not what any of us wanted but I am proud of what we accomplished leading up to it. I would take being runner-up on this team, rather than winning with Salpointe any day. We will be back next year ready to win and fight even harder for what we came short of this year.”

Indy Dimaano-Simmons, played her final game as a Badger, said, “This season began very rocky. I’m so proud of this team because we persevered through all the bumps and became so close. Hands down we have the best coach.”

The Badgers finish the season at (14-1), while Salpointe Catholic ends their championship season at (12-0-1).